Folashade ‘Shade’ Thomas-Fahm has been called one of Africa’s most important designers, and a pioneering figure in Nigerian fashion. The legendary designer is reputed for owning the first boutique in Nigeria and for being the first professionally-trained fashion designer in the country. 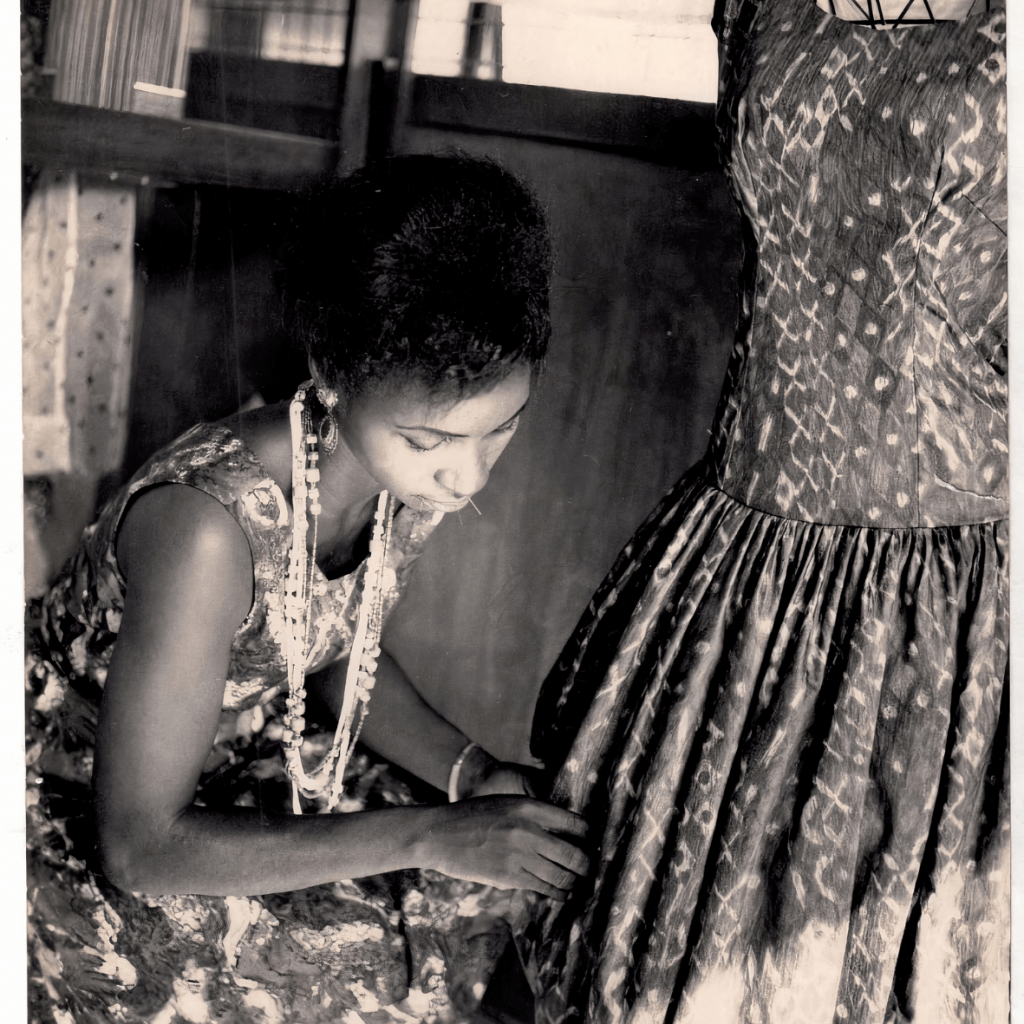 Born on 22 September 1933, Thomas-Fahm’s love for fashion began at the age of 12 when she started learning how to sew from a local dressmaker in Lagos whose shop was called ‘Sisi Sewing Shop’. In 1953, she moved to England to study nursing but after being inspired by the boutiques in London, she decided to study fashion instead at St. Martins College of Art and Design, London. She became a qualified fashion designer in 1959—becoming the first Nigerian woman to acquire a professional qualification in fashion design. 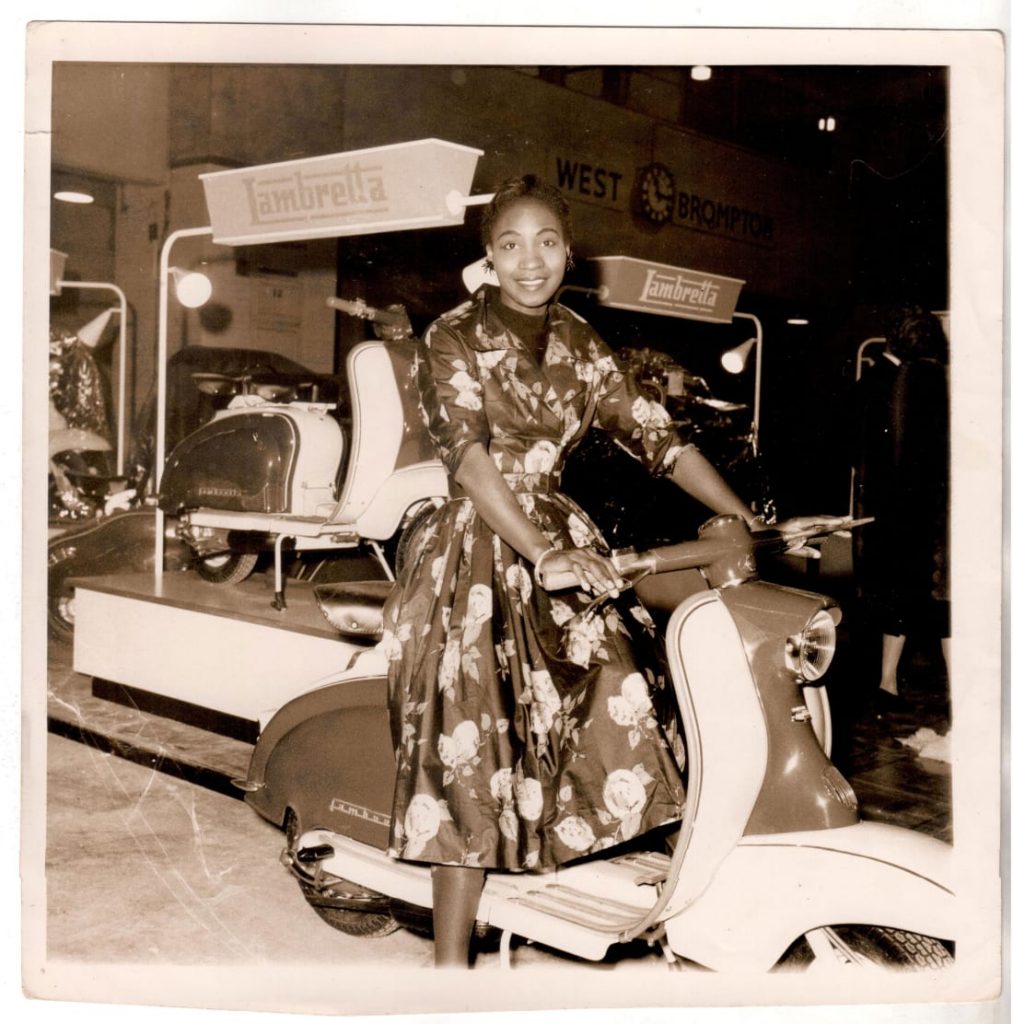 While in London, Thomas-Fahm worked as a model for big brands in England, including Lux Beauty Soap. In 1960, she returned to Nigeria and opened a factory and the first fashion boutique in Nigeria under the name, Maison Shade (later Shade’s Boutique), in Yaba, Lagos. She became known for using traditional Nigerian textiles such as aso oke, adire, akwete and okene to design outfits of different styles. She is the originator of several outfits including women’s kaftan, the ‘boubou’— a style she created when she feminized the male ‘agbada’ for women by reducing the volume—and the transformation of the iro into a wrapper skirt. 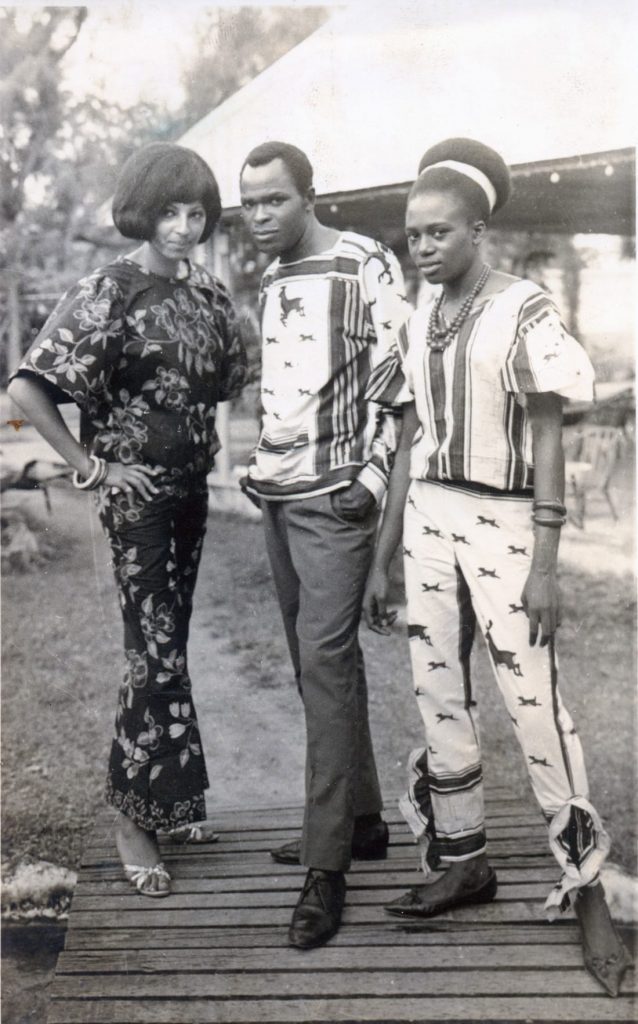 Thomas-Fahm’s designs made from Nigerian print fabric in the 1960s. © Shade Thomas-Fahm

In an interview with This Day Style last year, Thomas-Fahm recalled the closure of her shop in 1977 by the Nigerian military government based on a law that prohibited foreigners from having interests or funds in any Nigerian business, and Thomas-Fahm had a number of foreign sponsors. Her shop was seized and some of her items were sold off. The shop was later returned to Thomas-Fahm a few weeks later when the press, and influential women like Lady Oyinkansola Abayomi, and Lady Kofoworola Ademola, stood by her, demanding that the shop be returned to her otherwise they were going to organize a protest. 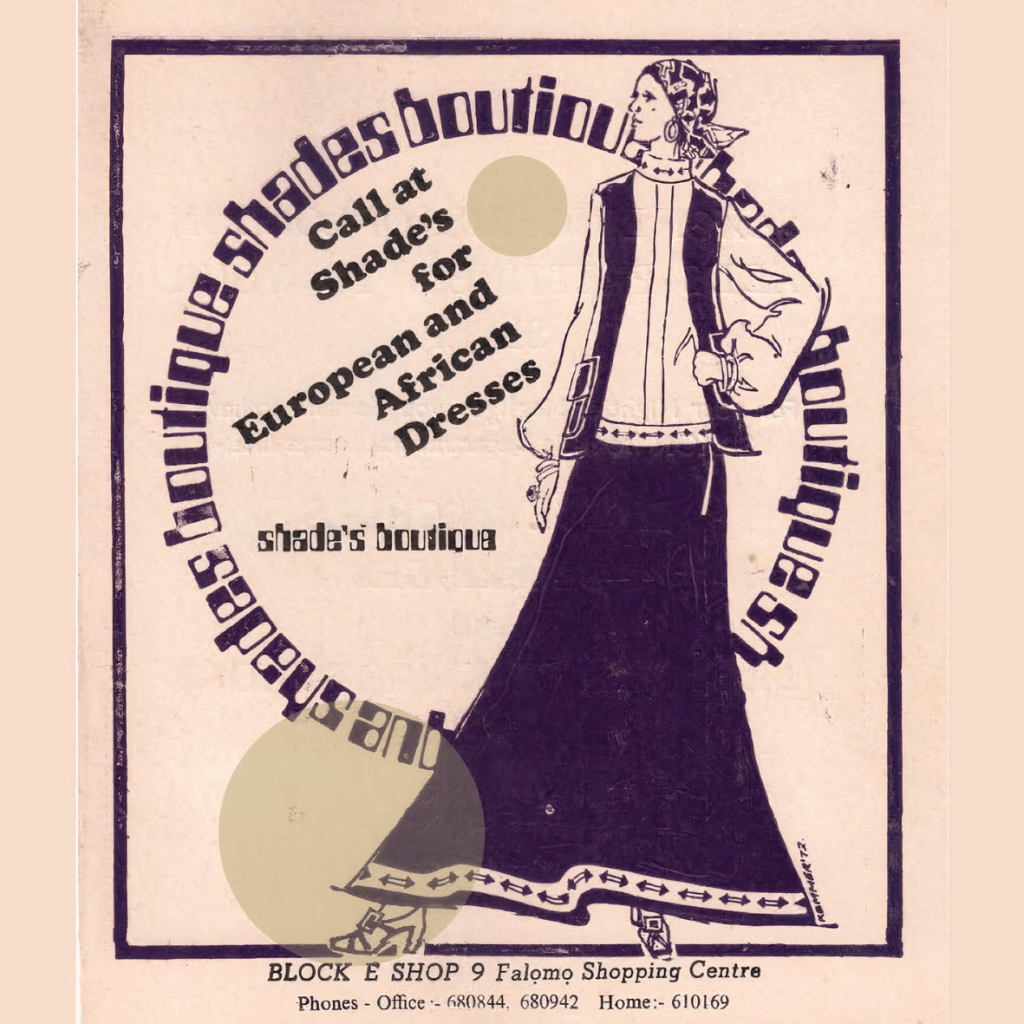 Thomas-Fahm’s work revolutionized women’s way of dressing in Nigeria. In four years, she raised the value of her business to a net-worth of £10,000 and made costumes for art and culture, especially for Wole Soyinka’s ‘1960 Masks’ theatre group. She is a former president of the Fashion Designers Association of Nigeria and in 2011, she received a lifetime achievement award at Arise Magazine’s Fashion Week in Lagos. She is one of the designers who will be celebrated at the ‘Africa Fashion’ exhibition at London’s Victoria and Albert Museum (V&A) in July 2022⎈

Here are some Republic articles and interviews to read inspired by Shade Thomas-Fahm and pioneering Nigerian women: