Afi Ekong was a Nigerian artist, art promoter and collector. The Bronze Gallery

Who Was Afi Ekong?

Afi Ekong was the first woman to hold a solo art exhibition in Nigeria.

Chief Lady Constance Afiong ‘Afi’ Ekong was a Nigerian artist, art collector and promoter who was the first academically-trained female artist in Nigeria. She is reputed for establishing the first private art gallery in the country.

Ekong was born on 26 June 1930 into the royal family of the then Obong of Calabar, in the former Eastern Region of Nigeria. She schooled at Duke Town and Christ Church Schools in Calabar and in 1949, at the early age of 19, she got married to Abdul Azizi Attah, who was a district officer in colonial Nigeria. Ekong studied art and fashion design in England during her husband’s several postings to London in the 1950s.

She returned to Nigeria in 1957 and joined the likes of Aina Onabolu, Bayo Ajiboye and Ben Enwonwu as first-generation Nigerian artists during the colonial times. Enwonwu also sculpted a bronze bust of her. These artists were all trained in England at Saint Martin’s School of Fine Arts. In 1958, Ekong held a solo exhibition at the Lagos Festival of Arts Exhibition Centre—which was the first exhibition by a female artist in Nigeria. In 1968, she set up the Bronze Gallery in Lagos Island—the first private art gallery in Nigeria. 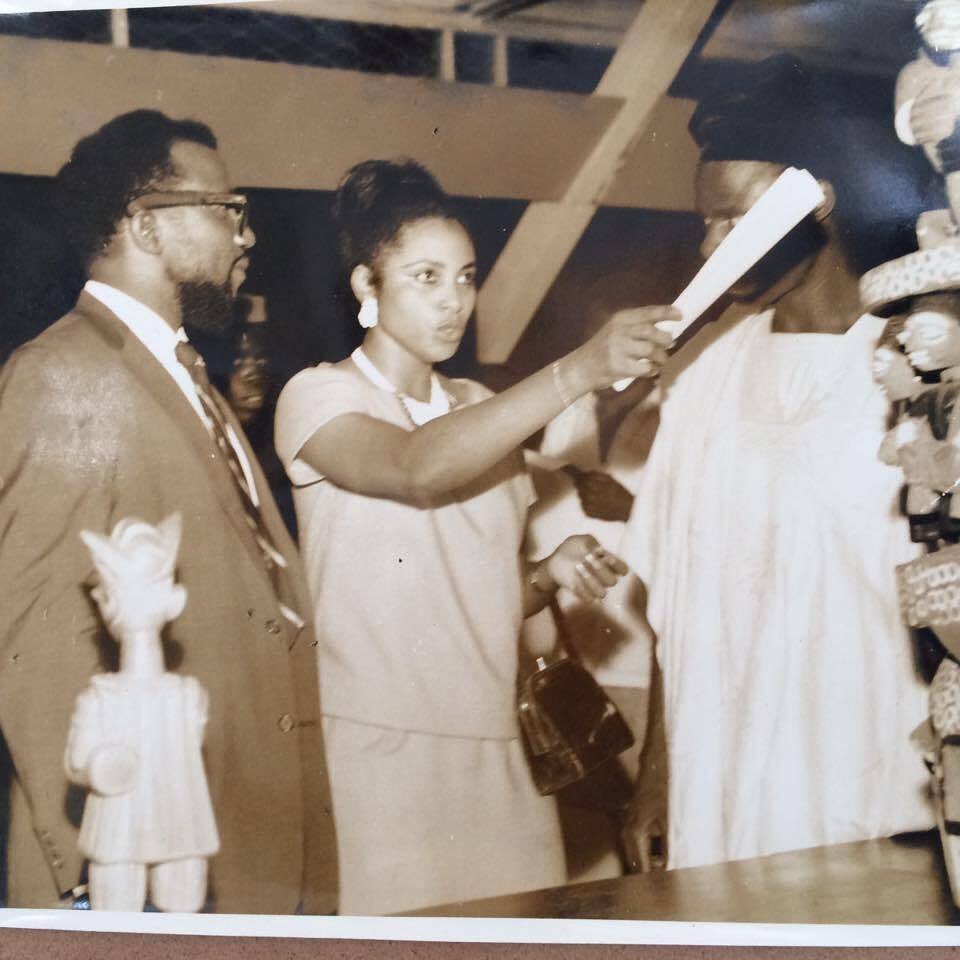 Ekong was known for advocating for the centrality, liberation and empowerment of women, in her paintings. One of her series comprised women, dressed in elaborate headgears, popularly known as ‘Sisi Eko’. She also portrayed the beauty and calmness of colonial Lagos and its lifestyles in the 1950s and cut across ethnic barriers to explore themes of cultural diversity by painting the Hausa people, Fulani maidens, the Yoruba people, Igbo masquerades and her Efik culture.

In 1994, Ekong launched The Bronze Gallery in Fiekong Estate, Calabar as a non-profit organization dedicated to promoting and impacting humankind through culture and art. She served as the secretary and manager of the Federal Arts Council Nigeria from 1961 to 1967 and chairman of the cultural sector of UNESCO National Commission from 1973 to 1975. She was also a founding member of the Society of Nigerian Artists.

Through her sustained practice in promoting art, artists and establishing galleries, she continuously remains relevant to modern Nigerian art. She died in Calabar on 24 February 2009 aged 78⎈

Here are some Republic articles and interviews to read inspired by Afi Ekong and pioneering Nigerian women: