Who Was Kenneth Onwuka Dike? Remembering the Father of Modern African Historiography

For Kenneth Onwuka Dike, history was a tool not only useful for discovering the past but also for planning the future. Dike is recognized for countering the Western claim that Africa lacked history because African societies relied on oral tradition as opposed to written records.

On 17 December 1917, Kenneth Onwuka Dike was born in Awka, Anambra State in southeastern Nigeria. He was born to Nzekwe and Nwudu Dike. By the age of five he had lost both of his parents, becoming an orphan at an early age, and was then raised by his grandfather, Dike Nwancho. 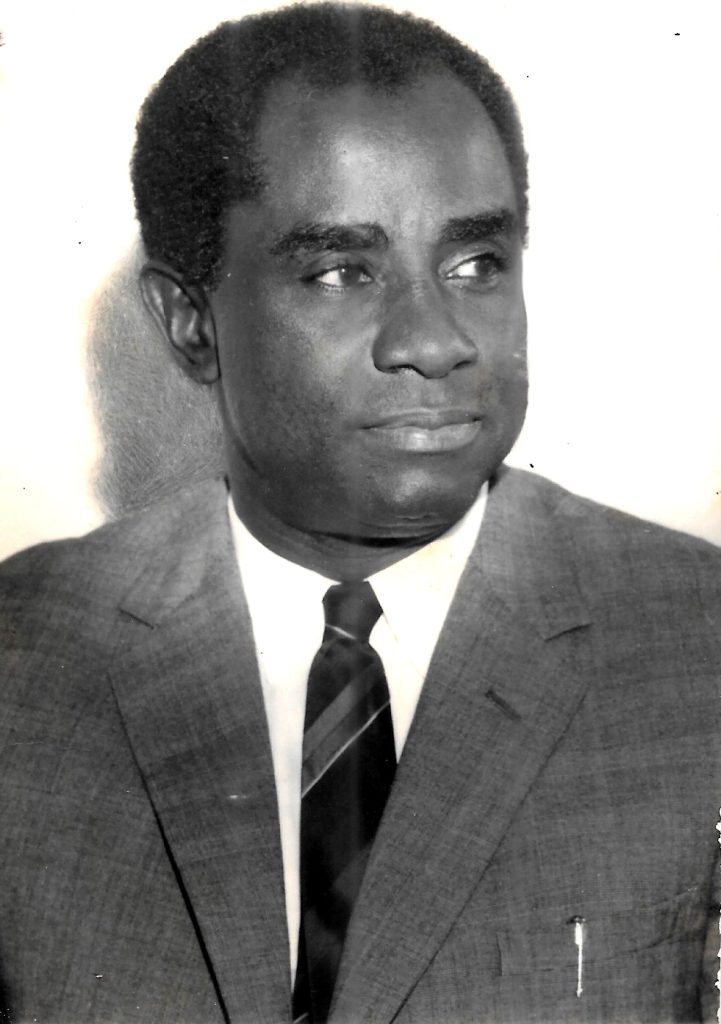 Kenneth Dike studied at Dennis Memorial Grammar School in Onitsha, then went on to Ghana to attend Achimota College, before attending Fourah Bay College in Sierra Leone. After a brief period in Nigeria, Dike then travelled to Scotland to attend the University of Aberdeen where he earned a Bachelor of Arts degree in History, graduating with first class honours at the top of his class.  In 1950 Dike was awarded a PhD in African History from Kings College London, making him the first African to be professionally trained as a historian in the Western tradition. 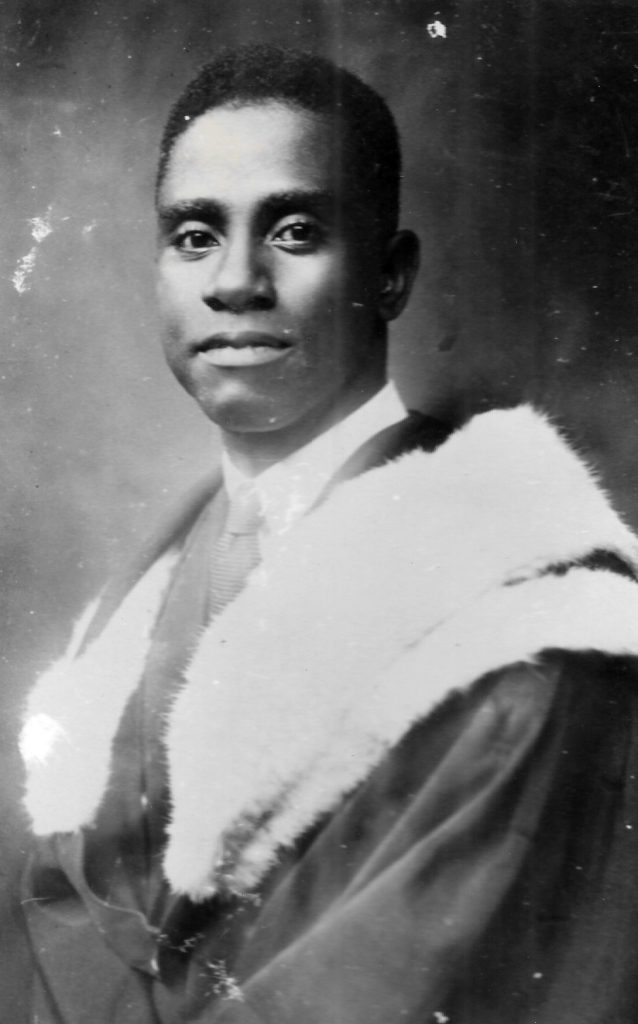 After completing his university education, Dike joined the staff of the then University College London, Ibadan, rising from a university professor to become the first Nigerian vice-chancellor of what had become the University of Ibadan by 1962. 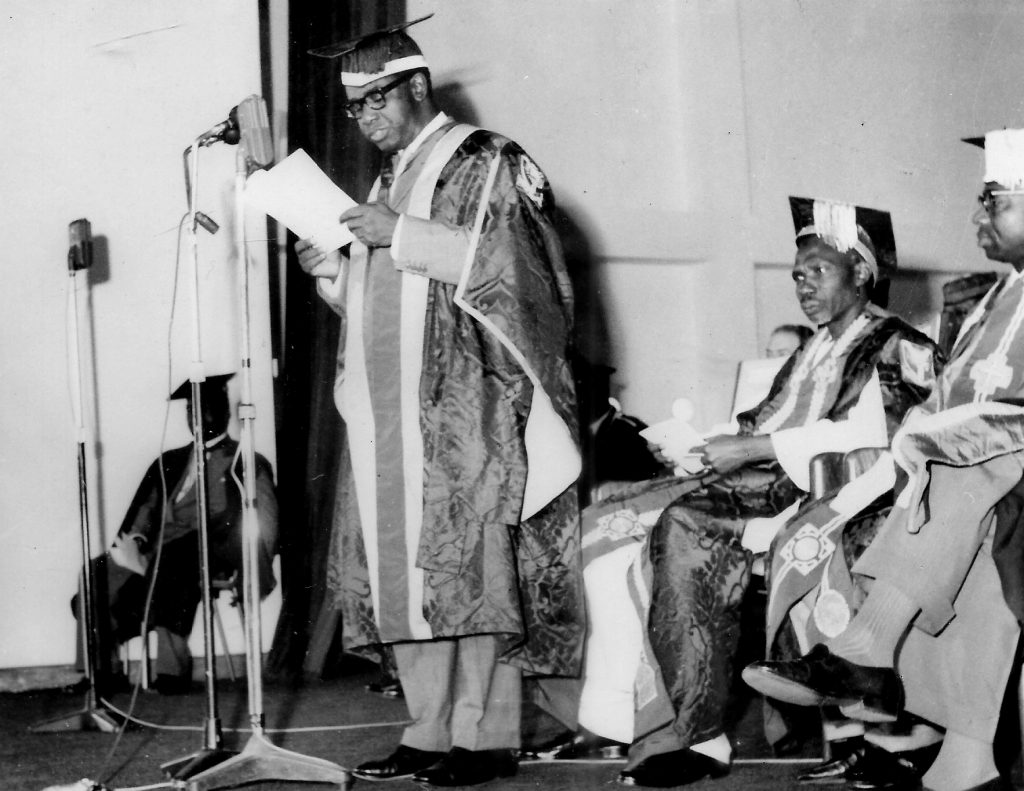 Dike delivers a speech at the University of Ibadan convocation, with Alhaji Sir Abubakar Tafawa Balewa KBE amongst those listening. / DIKE FAMILY ARCHIVES

From 1966-1970, during the Nigerian civil war, Dike was roving ambassador for Biafra and was based in Paris. Between 1970-1979, he took up professorship at Harvard University where he was the first Andrew Mellon professor of African History, and the chairman of the Committee on African Studies. John Womack, the 1959 chairman of the committee, said that Dike ‘was a loyal, active member of the department, and he taught very successfully.’ According to Womack until Dike arrived at Harvard’s History department, ‘there was no serious instruction, given in that field’.

In 1979, Dike returned Nigeria with his wife Ona Dike, to set up the Anambra State University of Technology (ASUTECH). At the time of his departure from Harvard, the History department described his leaving as a ‘serious loss’. Dike headed ASUTECH as its first president until his death on 26 October 1983.

Among Dike’s significant contributions to academia and the world, were his historiographic views most clearly stated in a 1953 article, ‘African History and Self-Government’. He countered the Western claim that Africa lacked history because African societies relied on oral tradition as opposed to written records. He argued for the integrity of African oral histories so long as they were used in conjunction with other sources. In this way, Dike was essential to the birth of ‘Modern African Historiography’ as we know it. Especially with the development of a multidisciplinary approach to African history—Dike himself used oral tradition in conjunction with archaeology, anthropology, and linguistic evidence to reconstruct African history. This multidisciplinary approach was also useful for test the accuracy of oral histories passed down from generation to generation. Dike used this approach in his revised PhD dissertation, ‘Trade and Politics in the Niger Delta 1830-1885’. Written in 1956 and published the same year as a book, Dike’s thesis helped to establish his reputation as a world-renowned historian, eventually earning him the title, ‘Father of Modern African Historiography’. 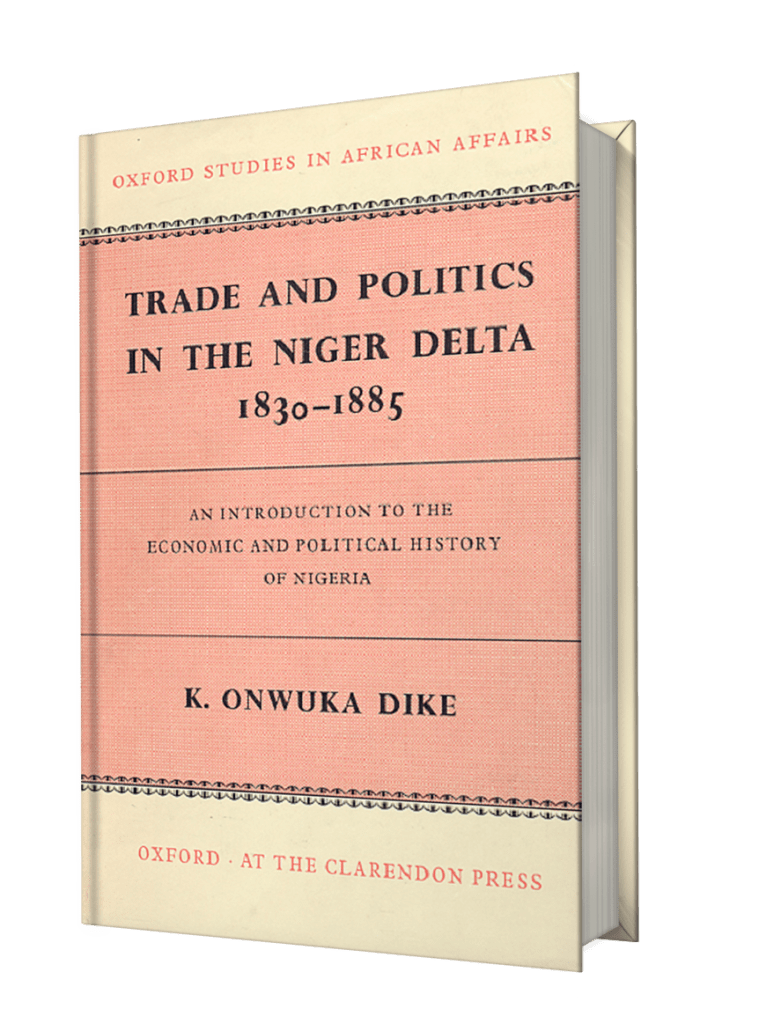 Trade and Politics in the Niger Delta 1830–1835: An introduction to the economic and political history of Nigeria. By K. Onwuka Dike. London: Oxford University Press, 1955

For Dike, history was a tool not only useful for discovering the past but also for planning the future. Dike used African history to justify the need for Africans to be independent and to take pride in their heritage. His collaboration with former Senegalese president Léopold Sédar Senghor, in 1966 to stage the first World Festival of African Arts and Culture in Dakar, for instance, was a testament to this.

Dike’s accomplishments range from institutions he founded to schools of thought and methodologies that he established. He was the founder and editor of the first seven volumes of the Ibadan History book series and held honorary doctorate degrees from 15 universities across Africa, Europe and the US, including Columbia University and Princeton University. Some of his most notable publications include: Report on the Preservation and Administration of Historical Records in Nigeria (1954); Trade and politics in the Niger Delta, 1830-85: An Introduction to the Economic and Political History of Nigeria (1956); and Origins of the Niger Mission 1841-1891 (1960)⎈