Throughout her life, Wuraola Esan campaigned for women and girls’ education. In the 1940s, she established the Ibadan People’s Girls Grammar School in Molete, Ibadan.

Wuraola Esan was a pioneering Nigerian women’s rights activist, educator, and nationalist. In 1960, she became the first woman member of the Nigerian Senate in the First Republic after she was appointed by the Western Region under Awolowo’s Action Group party.

Esan was born in March 1909 in Calabar to the Ojo-badan family of Ibadan. Her father, Thomas Ojo-Ade, was a veteran soldier of World War I and fifth in the line of succession to the Ibadan throne. Her mother, Ajike Ojo Aina, popularly called Iya Gbogbo (mother of all), was a self-made businesswoman. As at the start of the twentieth century, the British colonial administration did not encourage the education of girls in Nigeria but Esan’s parents recognized the importance of the acquisition of Western education for their female children.

As such, between 1921 and 1923, Esan was educated at Sacred Heart Covenant School in Ibadan for her primary education. In 1927, she graduated from Idi-Aba Baptist Girls School, Abeokuta and later went to pursue her teacher training education at the United Missionary College (UMC), Molete, Ibadan. In 1935, she began teaching at Methodist Girls’ High School (MGHS) in Lagos—a school prestigiously known for the secondary education of girls in Nigeria. 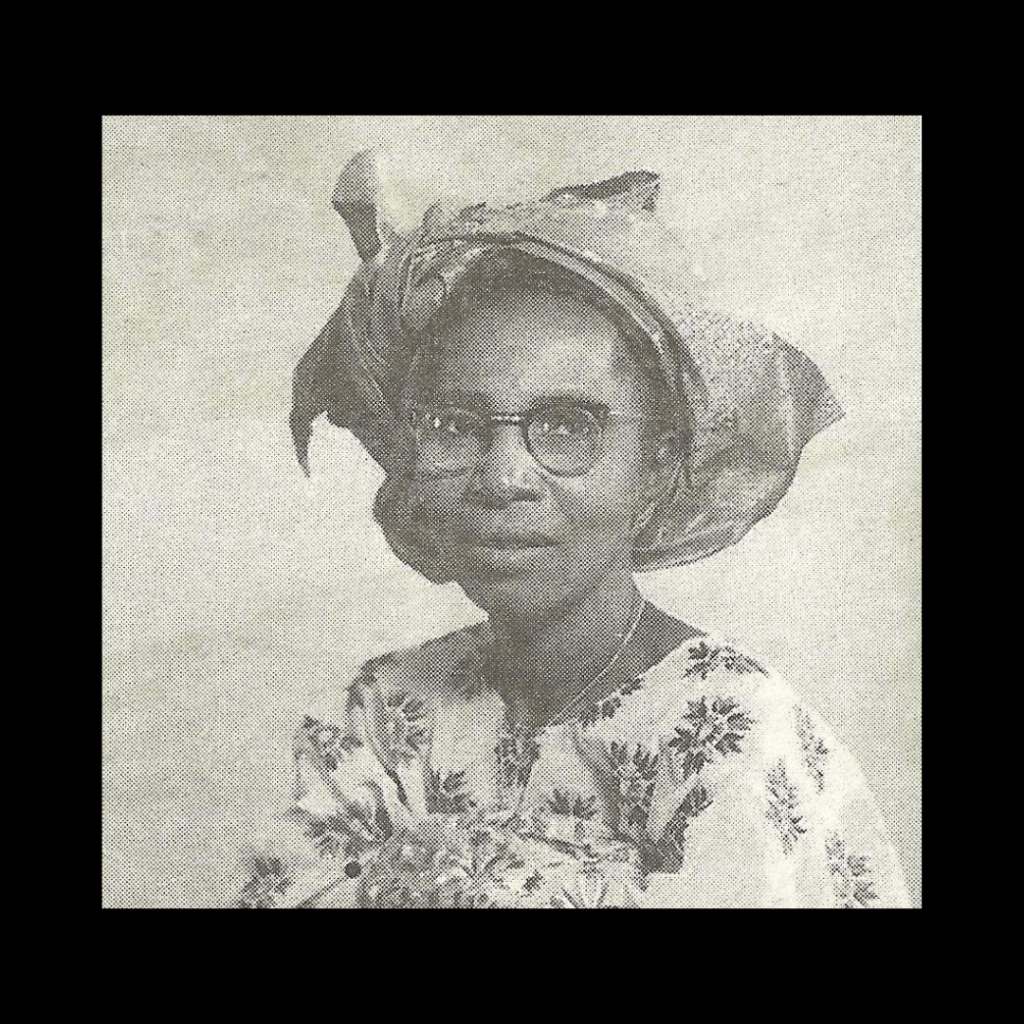 While in Lagos, Esan was deeply inspired by the Lagos Women’s League which gave active support for the education of girls. Her political activism gained its momentum when she and some other women played active roles in the Nigerian Youth Movement and the National Council of Nigeria and Cameroons—which were very active in the politics of Lagos at the time. On 27 April 1938, she got married to Victor Owolabi Esan, a civil servant at the Ibadan City Council. After her marriage, she resigned from MGHS and moved to Ibadan.

In the 1950s, Esan entered partisan politics and was a member of the women’s wing of Awolowo’s Action Group (AG) where she worked closely with another women’s rights activist, Tanimowo Ogunlesi. Though the women in the party were important instruments to garner votes, few were accorded official power and party-wide responsibility. In 1954, she took a chieftaincy title and in 1958, she was elected to the Ibadan Urban District Council.

In 1960, Esan became the first woman member of the Nigerian Senate in the First Republic after she was appointed by the Western Region under the AG party. In 1975, she was awarded the highest chieftaincy title open to women in Ibadan, the Iyalode of Ibadan. Esan was also a founding member of the National Council of Women Societies and was also deeply involved in community political activities.

Throughout her life, she campaigned for women and girls’ education. In the 1940s, she established the Ibadan People’s Girls Grammar School in Molete, Ibadan. According to researcher, Ezekiel Adeoti, Esan’s ‘initiatives and sacrifices were aimed at promoting the education of girls, thus liberating the womenfolk from ignorance and societal discrimination… She impacted positively on the growth and development of vocational, technical and commercial education in Nigeria.’

Here are some Republic articles and interviews to read inspired by Wuraola Esan and pioneering Nigerian women: