Although the Glamour Girls remake may seem to appeal to a newer audience, in establishing its glamour, much of the story is lost.

On 24 June 2022, Netflix released its latest Nollywood original film, Glamour Girls. A remake of the 1994 production, Glamour Girls is a film about female escorts and how they navigate their way to wealth. The 2022 version, which was produced and directed by two women, Abimbola Craig and Bunmi Ajakaiye, starts out with Emmanuella (Sharon Ooja) as a struggling dancer. Emmanuella gets kicked out of the club she works at after being accused by a client’s bodyguard, Zeribe (James Gardiner), for stealing the client’s ring. She later finds her way to Donna (Nse Ikpe-Etim), a woman who owns an escort-focused establishment. At first, Donna isn’t convinced that Emmanuella has what it takes to join her array of escorts. But noticing Emmanuella’s resilience, Donna shortens Emmanuella’s name to ‘Emma’ and accepts Emma into her agency. 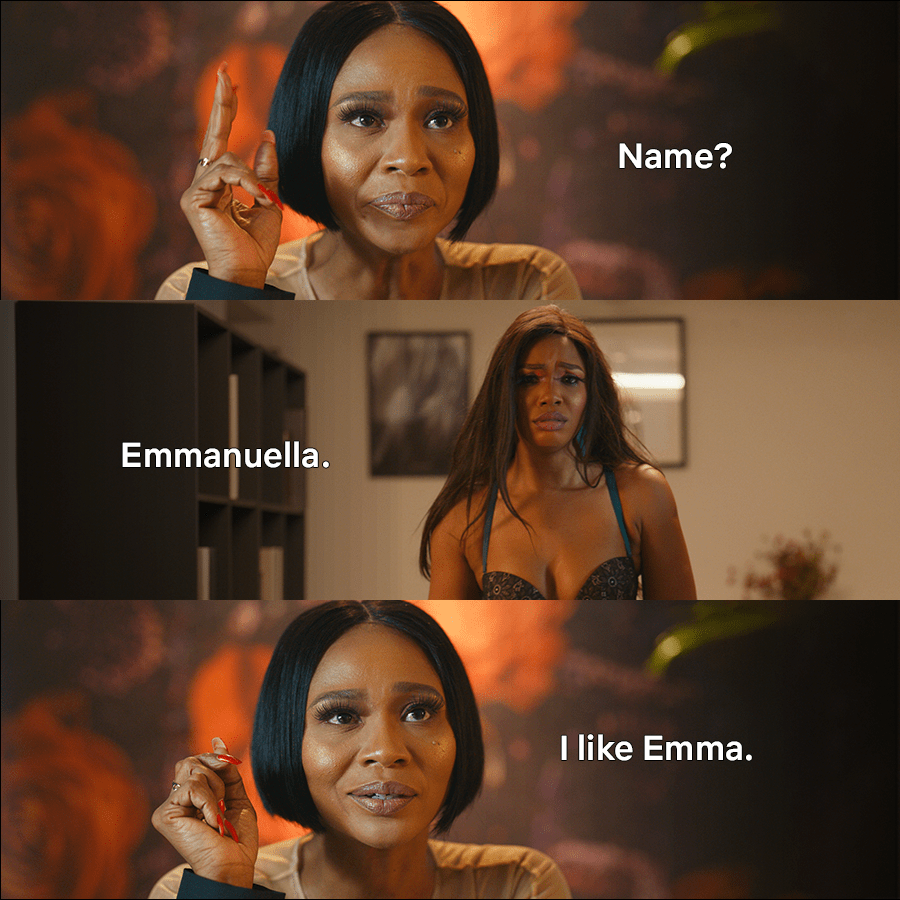 Produced by Kenneth Nnebue and directed by Chika Onukwufor, the 1994 Glamour Girls has been described as the first Nollywood film in English whose leading cast were mainly women. According to Merlin Uwalaka, the original Glamour Girls prioritized female characters and independent women who choose careers over marriage, and overtly pursue their own sexual interests. ‘They are sophisticated,’ Uwalaka writes, ‘independent, free and supposedly “outside the control of patriarchy”.’ The original Glamour Girls marked the emergence of the ‘Modern Nigerian Woman’ and the beginning of the definition of the new ‘on-screen Nigerian’. 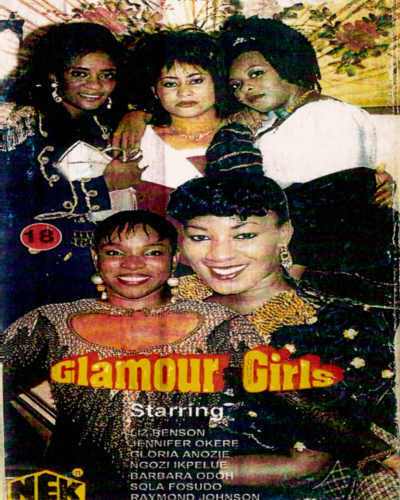 The poster of the 1994 ‘Glamour Girls’ movie produced by Kenneth Nnebue and directed by Chika Onukwufor. 1994. © WIKIMEDIA COMMONS.

The 2022 remake tries to achieve this in its own way. Against the original Glamour Girls, the 2022 remake seems to offer an original but, ultimately, underwhelming concept of glamour. As seen with Helion (Segilola Ogidan), Donna’s women are university degree holders from reputable and wealthy homes. They go on vacation to places like Cancun. Although the remake may seem to appeal to a newer audience, in establishing its glamour much of the story is lost. While the film tries to mark itself as feminist with its ‘independent women’ characters, it derails as a complicated murder mystery. 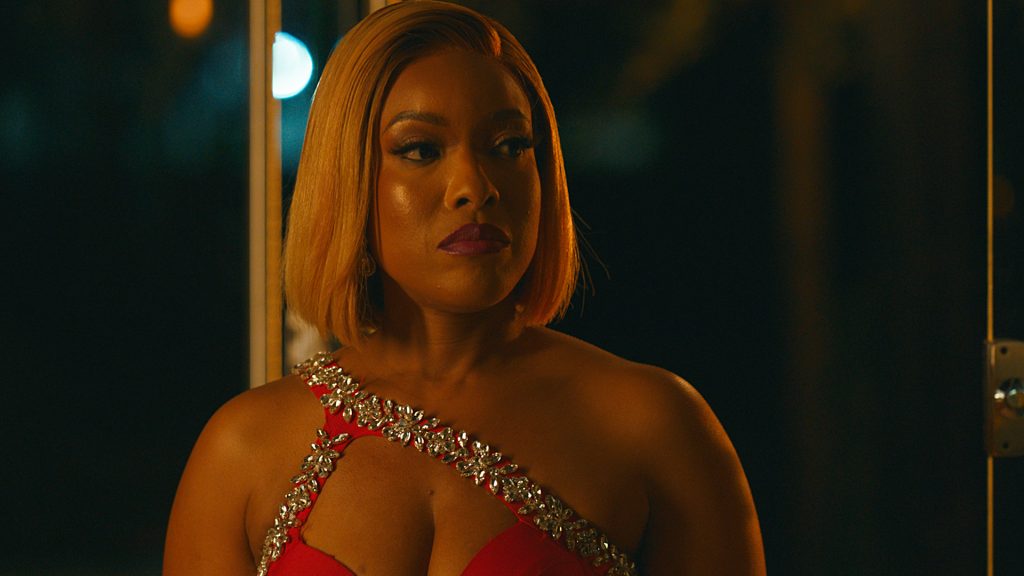 Consider Jemma (Joselyn Dumas), one of Donna’s women, who starts dating Alexander (Lynxxx). Alexander is a business associate of billionaire, Chief Nze (Ejike Asiegbu), who is also one of Donna’s clients. Jemma finds herself in a bind when Alexander sexually assaults her son. Distressed, she kills Alexander and tells Donna about it. Donna covers up the murder and, later, finds a way to steal Chief Nze’s money from a flash drive Jemma found on Alexander. Some could argue that the murder mystery that follows the foregoing scenes lends to the Glamour Girls remake having a complicated, suspenseful final act. But beyond its rushed pacing, its missing scenes and patchy dialogue, by the end of the Glamour Girls remake, the film loses its audience. Donna’s sudden trip to Beirut where she meets mentors, Doris (Gloria Anozie-Young) and Thelma (Dolly Unachukwu)—who acted in the original Glamour Girls—to seek their help with asking Chief Nze to give her more time to return his money feels like a distraction from the actual story. The film doesn’t even tell us if these women helped Donna or not. 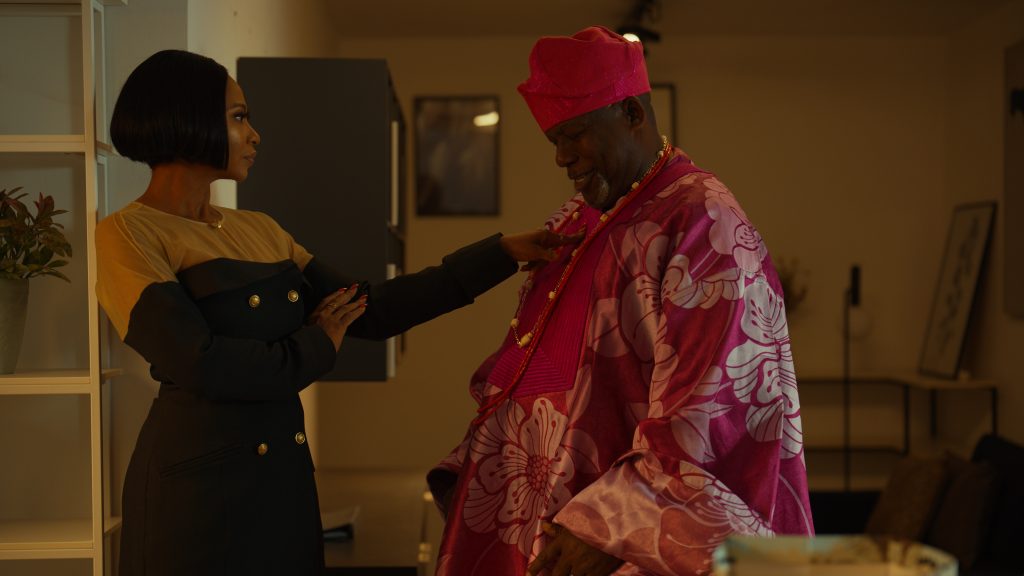 Glamour Girls succeeded at securing reputable stars such as Nse Ikpe-Etim and Sharon Ooja, whose particularly strong performances complemented the film’s vibrant cinematography. However, despite being a Netflix original, the film had sound problems. Weak syncs between its soundtrack and its subtitles made watching the film a challenge. Netflix officially launched its operations in Nigeria in 2016. Since then, the streaming company has acquired over 40 Nollywood films and released a few originals. Some like Wilfred Okiche in The Verge have argued that Netflix is not investing enough capital in Africa compared to Europe, North America and Asia. Chief Daddy 2 which Netflix released in January 2022 was also criticized for having ‘a poor storyline’ and bad execution. With Netflix launching in Nigeria and a production budget of $18 billion for Netflix originals worldwide this year, it is surprising that glaring production flaws persist. 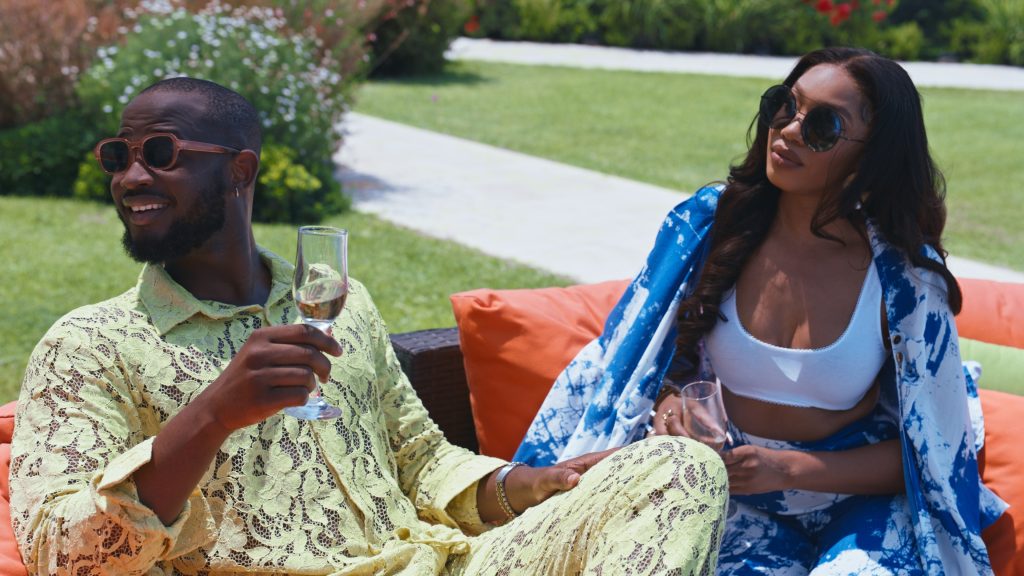 Despite its flaws, following its release, the Glamour Girls remake became a global hit with more than 12 million global watch hours from all over the world. It was the fifth overall watched movie on Netflix for the week of 27 June 2022 to 03 July 2022. But while the original Glamour Girls revolutionized Nigerian women on screen and is currently considered a Nollywood classic, the 2022 version seems to suggest that, in its filmmaking, Nollywood has formally replaced substance with rushed ideas of glitz and glamour⎈

Here are some Republic articles to read for more context on Nollywood: