Setting Sail for ‘Home’ Inheriting My Parents’ Longings for Freetown

Half a century ago, I inherited my parents’ longings for Freetown, Sierra Leone. Unknown to me then, a two-week voyage home would become a lifelong journey.

‘… will be a great adventure, don’t worry.’ I just about heard my mother’s voice trail away behind me as I looked up, lost in wonder at the ship we were about to board, the SS Winneba. Worry? Nothing could be further from my mind. I was five years old, with a vivid imagination and the thought of boarding a ship to sail the seas for nearly two weeks was more excitement and potential adventure than my heart could contain. Not only that, but we were also finally going back ‘home’ to Africa and, specifically, to Sierra Leone, that almost mythical (in our house anyway) country that our parents had left all those years ago to come and study in England. It was 1960 and having completed their studies, it was time to go back armed with the knowledge to contribute, live and work, in a soon-to-be-independent country.

As the day of departure approached, the excitement and tension in our house had been building to unbearable heights as arrangements were made, suitcases packed and checked for the return home. My father, Alpha Kanji, had been called to the Bar and my mother, Eugenia Ayodele, had qualified as a nurse. They regaled us with their stories of home and their dreams of returning to take part in the building of their nation. We felt like pioneers, explorers even, as we set out on that momentous journey. 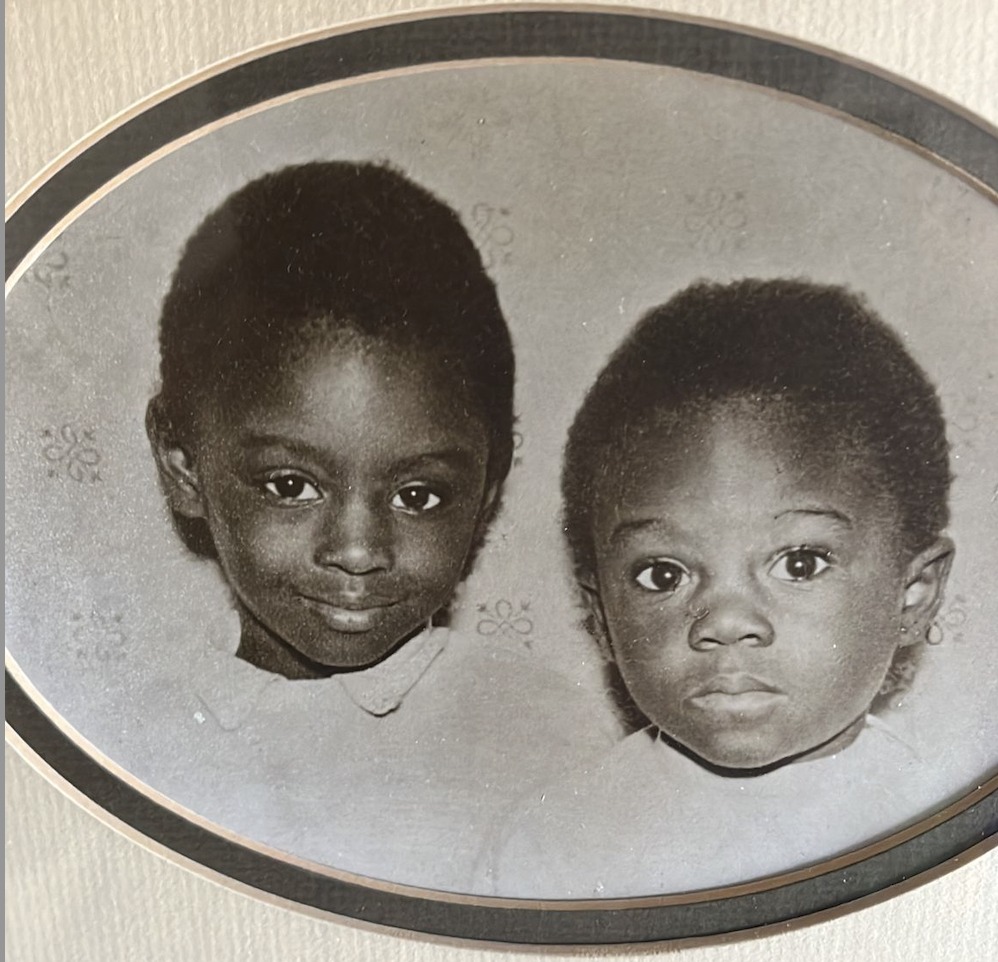 My parents, in their wisdom, had given me the names Adeyemi, Olusegun and Abioseh, all Yoruba names, pointing to theirs and our connection to roots in Abeokuta, Nigeria. This was so on the side of both my maternal grandparent and my paternal grandmother. My paternal grandfather was Mandinka, a story in itself. Later in life, I came to believe choosing these names was part of my parents’ plan to make sure I connected to home, my roots, and could fit in. The return was always planned.

On the day we left, I could already imagine encountering pirates on the high seas and being called upon to thwart those rogues’ plans and rescue the entire ship through my cunning. I said goodbye to my neighbours, the other children I’d played in the park with and wondered whether I’d find friends as exciting when we arrived in Sierra Leone. For as long as I could remember, I had always immersed myself in books, magazines and comics. In fact, there was not a boys’ comic worthy of the name that I did not read. They were full of tales of adventure and derring-do. It was a major disappointment to me that we completed the journey without once running into modern-day pirates. I never got the chance to outwit those bandits of the high seas and save everybody, to properly exercise my learnings and realize my whimsy. I managed to keep my disappointment to myself. 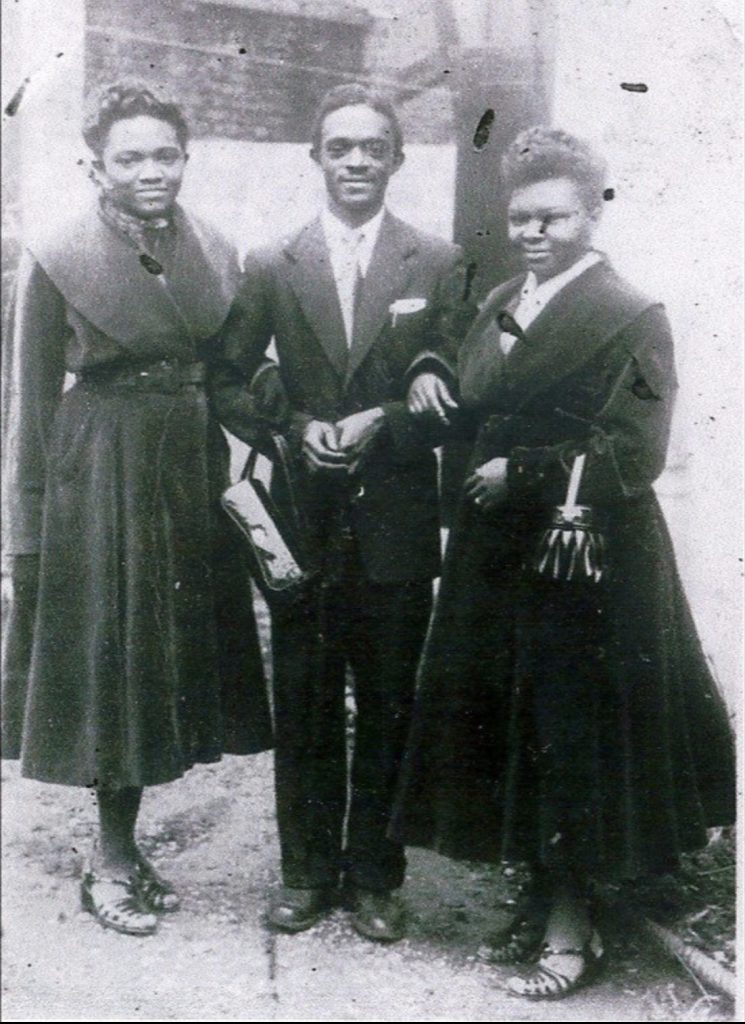 In all other respects the trip was everything what I had imagined and more. SS Winneba was grand with spacious cabins, play areas for the children and meals that offered more choice than a small stomach could handle: the yellow of the bell peppers dancing with the red of the kidney beans, the oily brown beef stew constantly dripping down my chin and then shirt—all these we had in an imposing dining room. On occasion, the captain would do the rounds of the tables, stopping to chat to passengers and sometimes the passengers and their children would be invited to join the captain’s table for an evening meal.

My family then consisted of my father, mother, two brothers older than myself, Roland and John, and a sister younger than me, Eugenia. As a shy child, I spent the first few days of the trip sticking close to my family. However, I slowly started to join the other children, playing hide and seek around the ship. It was, also, the first time I can remember asking another child: ‘so what do you parents do?’ I was so proud, when asked in return, to say: ‘My dad’s a lawyer and my mum’s a state enrolled nurse.’

Of course, to my eagle eye those early days on the ship, it was clear that all these sailors had taken to the high seas to escape failed romances and to mend broken hearts. At least, that was what my imagination convinced me to be the case. James, the sailor ‘assigned’ to us, and who said he came from Liverpool originally, became the unofficial guide to us children who, given our seemingly boundless energy, must have been seen as pests by almost everyone else. When the adults wanted to relax on deck, we just wanted to run around.

Every day, I would somehow forget I had a family on board, and I would lose them as I wandered around the vast expanse of the ship. I would meet up with my family at mealtimes where I would recount my adventures around the ship. I was slowly learning to be independent… and every day I would keep my eye out for those pirates; just in case… 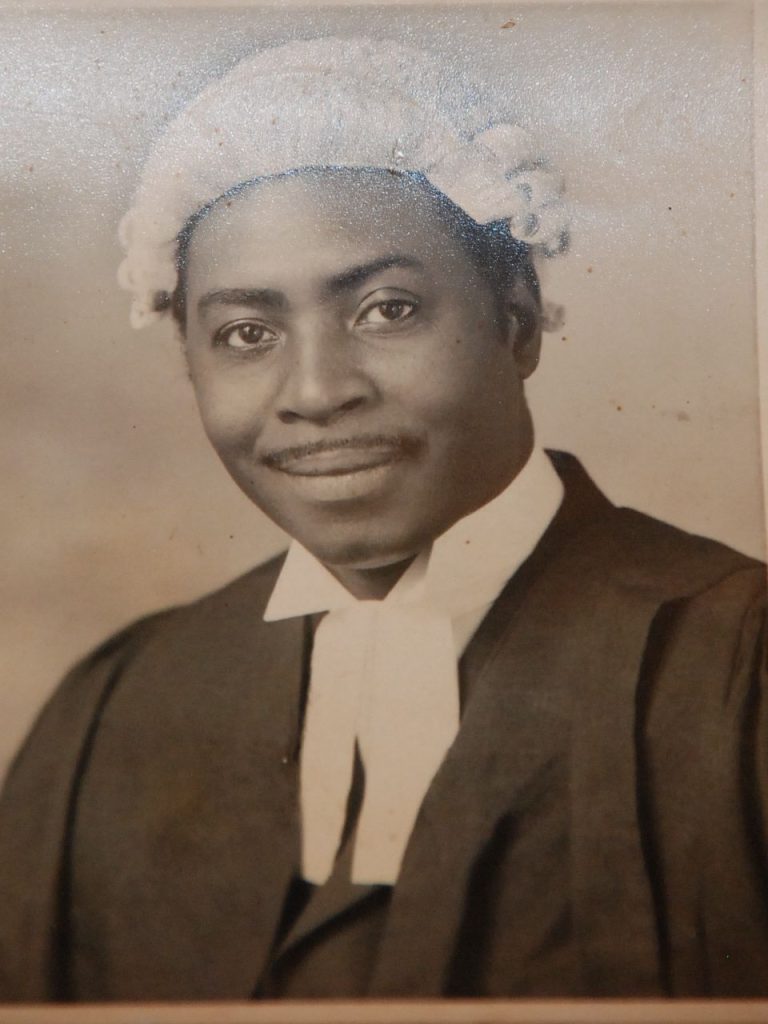 Memories and Longings, Made at Sea

When we got to Madeira, Portugal, young children in canoes pulled up alongside the ship. Passengers, who seemed to know the drill, threw coins into the clear, blue waters and these children plunged in, and then emerged a few seconds later with the coin clenched between their teeth. It was unlike anything I’d ever seen, and for a moment I envied these children, their skill, agility, acuity.

My disappointment at our failure to be attacked by pirates faded as we approached the shores of Freetown. From the ship, all we could see in the distance were the highest mountains we had ever seen. We certainly had nothing like these in London!

The excitement among the adults was obvious at finally returning home. Some started shedding tears and it seemed contagious, my parents among those ‘infected’. My mother later told us her grandfather, Bishop Johnson, whom she loved dearly, had passed away while she had been away studying. It was painful not to have been able to attend his funeral. He had always had a special bond with her as she was his first granddaughter. My father, too, had had a similar story. In fact, my maternal grandfather had died the year I was born, and my siblings and I never met our great grandparents. I would come to learn this was a story familiar to many of my future classmates, some of whose parents—those studying medicine, for example—had been away even longer than my parents.

As a child, I couldn’t understand all this shedding of tears. After all, weren’t these the same folks who’d been telling us how excited they were to return? Age and time would show me the bitter-sweet textures of ‘return’.  Every time I left Sierra Leone for another country, no matter where (and I travelled a lot), I could not wait to return. Everything and everyone I loved, both friends and family, were there. I needed nothing else. When I, too, later left Freetown for higher education in London, in the way my parents originally did in the years before I was born, I wept, as they must have done. And for the same reasons: leaving those we love, missing their milestones—the graduations, the births, the weddings, the heartbreaks, and, of course, deaths. The constant things in all our lives. To leave was always to hope to return, and to make the staying richer. 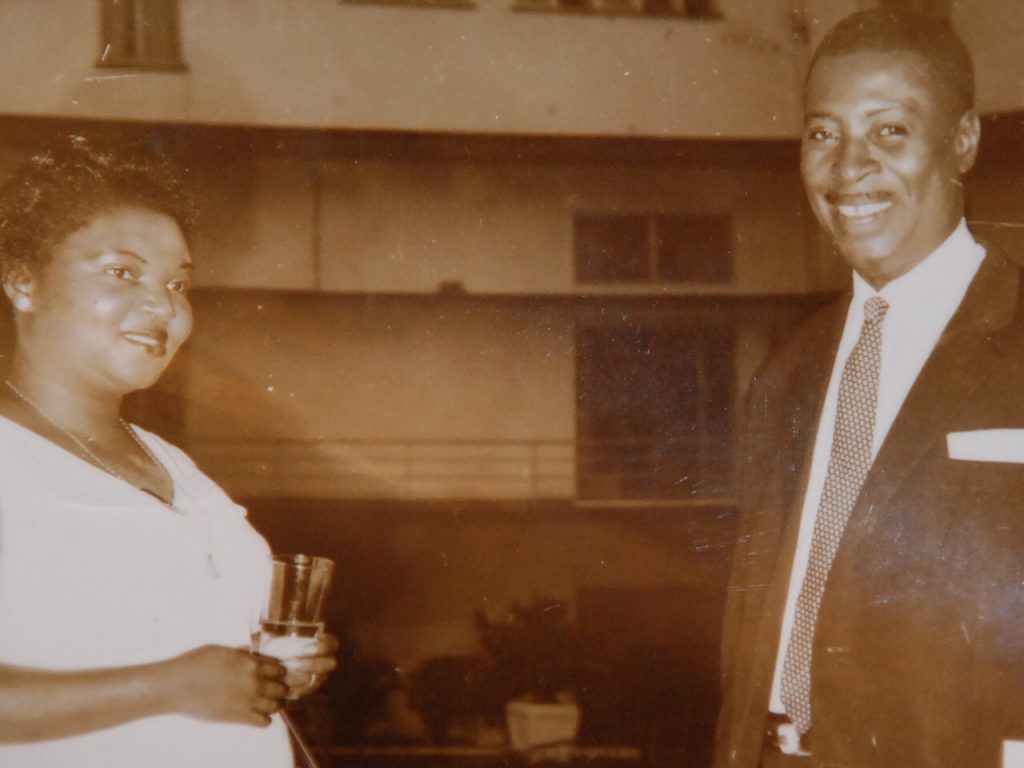 As we got closer to the shore, we could make out the specks: dotting the mountain were houses, lightly sprinkled bits of white in a sea of greenery.

As we came off the ship, we were hit with a strong gust of what smelled like seawater and the most pungent smell of sweat I had ever encountered.

I was quickly distracted as the next thought that came to mind was ‘it seems my people like crying a lot’. Those waiting at the gates to welcome us home were sobbing, which reignited the sobs coming from the arrivals. My five-year-old mind was thinking: ‘shall I join in the sobbing, too?’ Fortunately, the crying stopped as people hugged each other, and their sobbing was replaced with laughter; probably my first experience of tears of joy.

Indeed, it had been a great adventure. My mother had been right. But little did I know that the real adventure—living in a newly independent African country, was just about to start…

In 1970, three years after my father became a politician, he decided it was too dangerous for us to remain in Sierra Leone and that it was best we continued our studies abroad. Sierra Leone’s politics were becoming more violent and confrontational in a way they had not been in the immediate post-Independence period. That was how my elder brother, John, my sister, Eugenia, and I made our own journey to England to study. My father, mother and my two younger siblings, Janette and Sydney, stayed with our parents in Sierra Leone.

In an echo of what had happened to our parents, we were in England when our father died. He was given a Muslim burial, which meant they would not wait for us to be there.

Years later, when I became a father, I made sure to infuse that sense of ‘home’ into my son; his first ‘return home’ was on his first birthday and we made the same journey every year after that. With each return and departure, there is always the recurring hope for some kind of finality, a final return, a hope for a kind of settling. By not at least having this hope, I always feel as if I am somehow betraying that spirit imbued in us by our parents: that it’s your duty, to study and return with the skills you’ve learned abroad to benefit your country.

For now, I am in Gambia, where my father was born and lived until he was a year old. I’ve been here three years and counting. Both my parents have passed away and I often wonder do they approve of my decision to return to this corner of West Africa, even though it’s not to Sierra Leone? Do they approve that I’m building a house?⎈

Author, 62 years after the voyage, in Banjul, Gambia, 2022. Image courtesy of Ade Daramy.