163 People Are Still Missing From the Abuja-Kaduna Train Attack

With highway kidnappings too common between Abuja and Kaduna, the rail line train service appeared to be the gateway and only safe and affordable option left, but to the frustration of many Nigerians, this was the second attack by armed gangs on the rail line in six months.

Yesterday, the managing director of the Nigerian Railway Corporation (NRC), Fidet Okhiria, said that the whereabouts of 163 passengers on the Abuja-Kaduna train that was attacked by bandits on 28 March 2022 are still unknown.

According to the NRC, 362 registered passengers were on board the train the day it was attacked by armed men. 191 passengers on the train have been accounted for and are safe, eight people have been killed, and the remaining 163 passengers are missing. 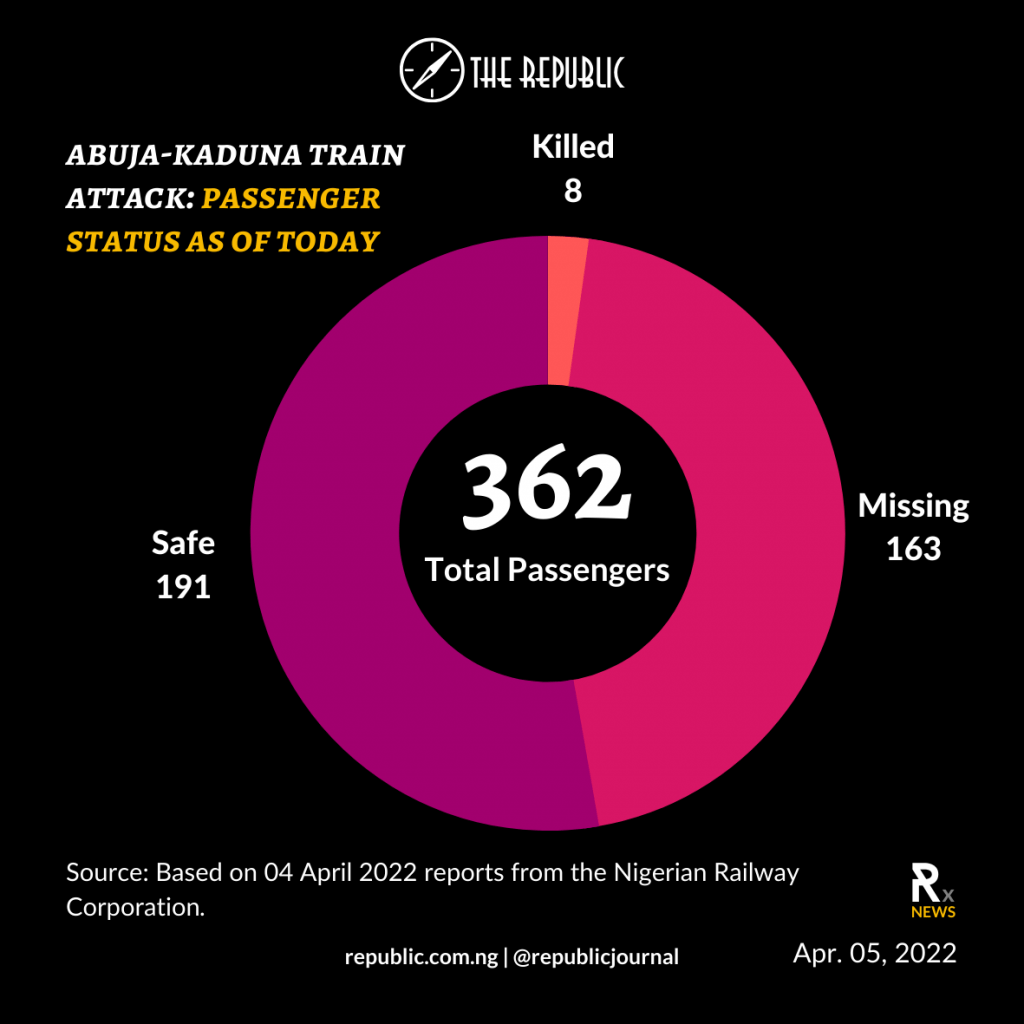 The NRC also stated that there were 20 crew members on the train, 12 of which are safe, seven missing and one dead. It was initially reported that there were 970 passengers on board the train when it was attacked. According to Reuters, some relatives of the missing have said suspected bandits had contacted them to say they were holding their loved ones.

The NRC has announced that it will work with security agencies to ensure that those missing or kidnapped will be rescued and reunited with their families. ‘We are committed to the rescue of our passengers and staff who were on board the ill-fated Ak9 train service. We shall continue to collaborate with security agencies to ensure that all persons being held are rescued unhurt and reunited with their families. Our heart goes out to those who lost loved ones and those injured in the attack who are now recuperating’ Okhiria said. 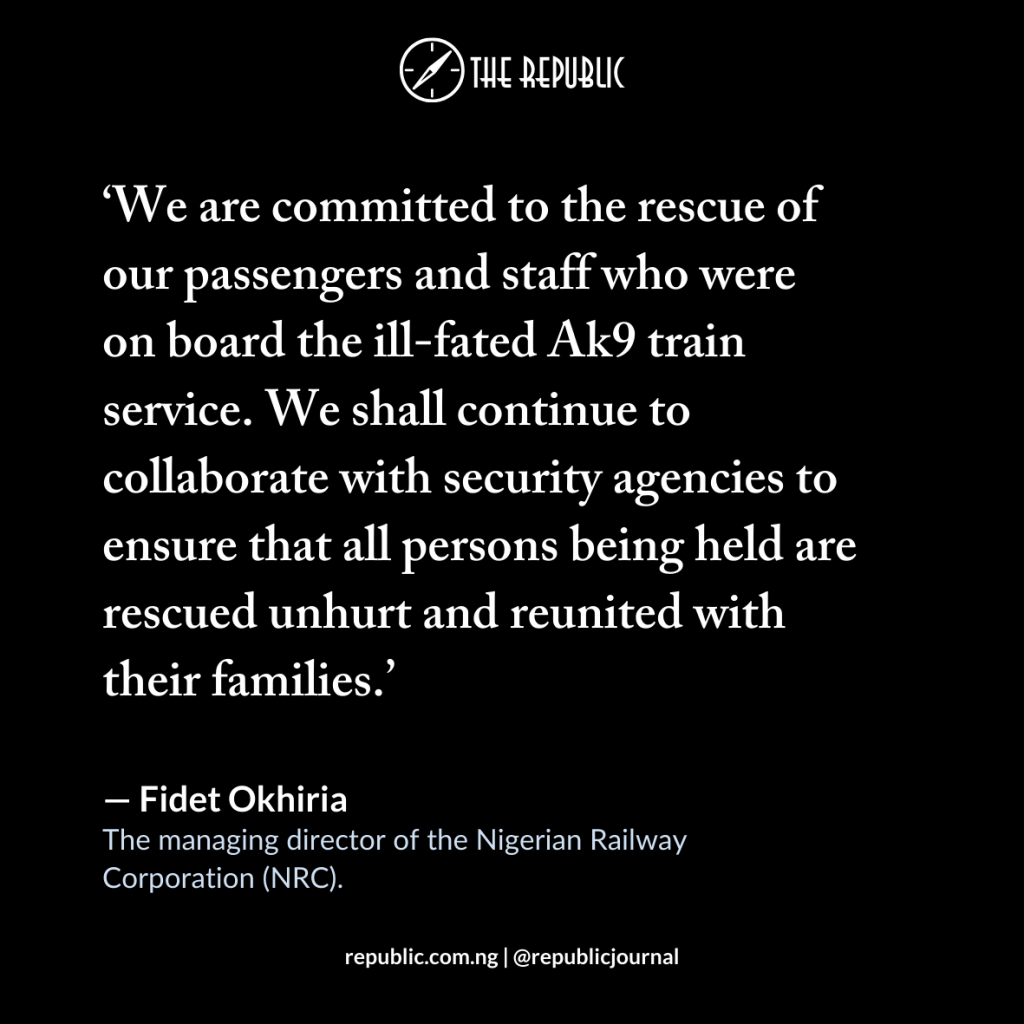 The train attack on 28 March was the latest deadly assault by bandits in Nigeria’s northwestern region. According to an unnamed survivor who spoke to the BBC, people were ordered out of the train coaches into the bush when the gunmen attacked the train. ‘We heard a loud explosion at about 19:45—it shook the train and then the train ground to a halt… I gathered my family and we laid on the floor of the train as we saw other passengers doing. After some time, it seemed the gunmen forced their way into the coaches because we heard people barking orders at passengers in other coaches. People were ordered out of the coaches and led into the bush. Nobody entered our coach,’ the survivor said.

The governor of Kaduna State, Nasir Ahmad el-Rufia, has said the attack was carried out by the Boko Haram terrorist group in collaboration with kidnappers. Over the past five years, gunmen have kidnapped more than hundreds of school children and villagers for ransom. With highway kidnappings too common between Abuja and Kaduna, the rail line train service appeared to be the gateway and only safe and affordable option left, but to the frustration of many Nigerians, this was the second attack by armed gangs on the rail line in six months⎈