In 2021, Abba Kyari was suspended from the police force, after a US grand jury indicted him in the fraud case of Ramon Abbas, popularly known as Hushpuppi.

According to NDLEA spokesperson, Femi Babafemi, Kyari is a member of an international drug cartel that operates the Brazil-Ethiopia-Nigeria illicit drug pipeline. The agency said Kyari had made contact with one of their officers last month to strike a deal in securing the release of 15kg worth of seized cocaine and replacing it with a ‘dummy’ weighing the same amount. Kyari is said to have handed the sum of $61,400 to the undercover officer—for the sale of 5kg worth of cocaine—in a car that was wired with sound and video recording equipment by the NDLEA. 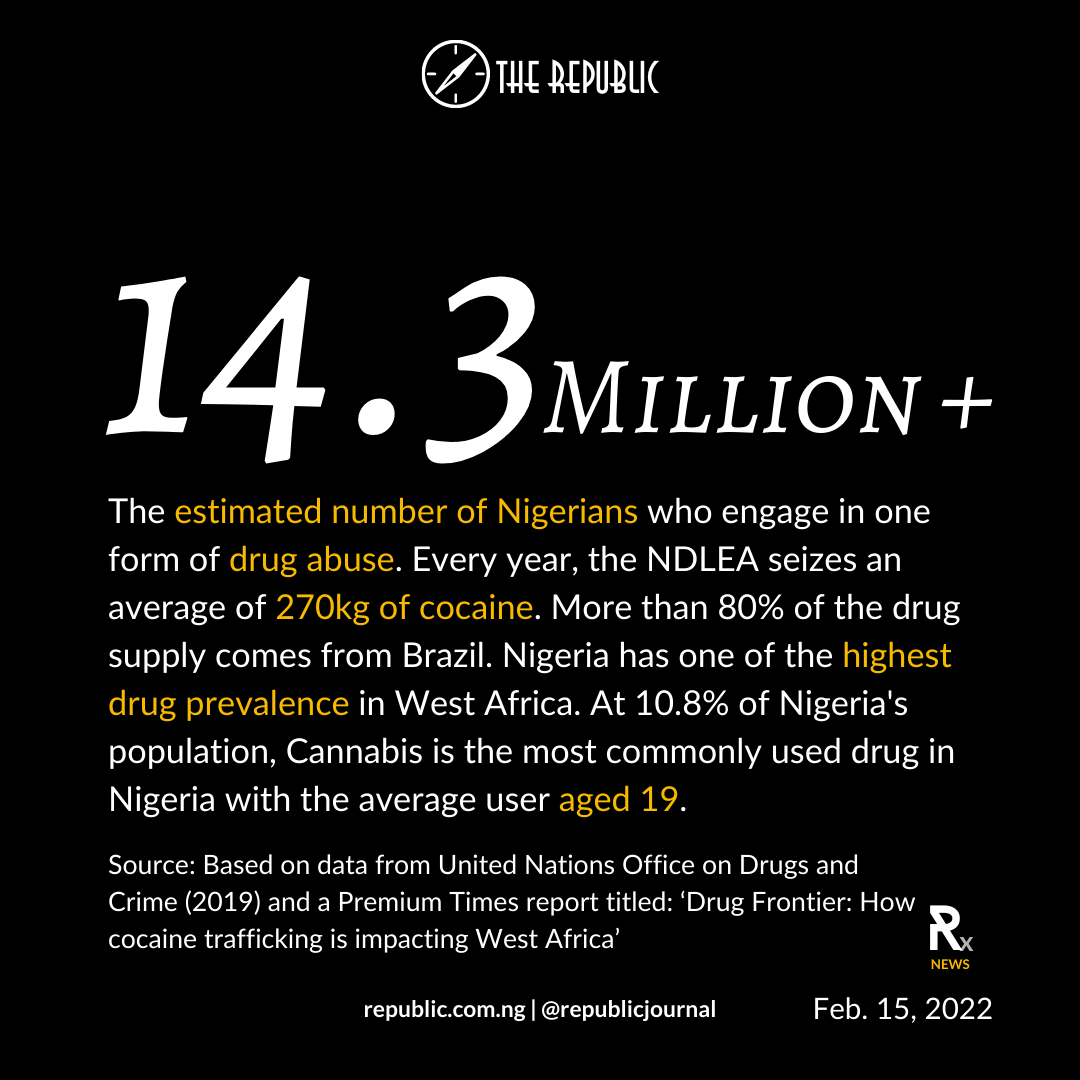 Every year, the NDLEA seizes an average of 270kg of cocaine. More than 80 per cent of the drug supply comes from Brazil. According to a 2018 report by the United Nations Office on Drugs and Crime, Nigeria has one of the highest drug prevalence in West Africa. More than 14.3 million people use psychoactive substances not recommended by a doctor. At 10.8 per cent of Nigeria’s population, Cannabis is the most commonly used drug in Nigeria with the average user aged 19.

The 46-year-old police officer who was once considered diligent investigated big criminal cases and received numerous awards. Between 2011 and 2013, Kyari consecutively won the Lagos State Governor’s Award for Gallantry, Leadership, and Service. In 2016, he received a presidential medal of courage from President Muhammadu Buhari after his team rescued three schoolgirls abducted in Lagos.

In 2021, however, Kyari was suspended from the police force, after a US grand jury indicted him in the fraud case of Ramon Abbas, popularly known as Hushpuppi. American authorities said Kyari was a conspirator with Hushpuppi in a $1.1 million deal to defraud a Qatari businessman, of which Kyari dismissed the accusations. He is facing extradition to the US for prosecution in the case⎈