APC Will Charge Presidential Candidates 100 Million To Run for Office

Concerns have risen over how expensive the forms are and experts have said that the fee goes against the Not Too Young To Run bill President Buhari signed in 2018 that allowed for youths to take up offices.

Editor’s note: Our latest issue which explores APC and the Dilemmas of a Ruling Party is now available. Order here

Yesterday in Abuja, at its National Executive Committee meeting, the All Progressives Congress (APC), released its primary elections timetable for various offices ahead of the 2023 Nigerian elections. It set its presidential primaries for May 30-31. The primaries for governors, state house assembly, national house of representatives and the senate are slated to run from May 18-24. 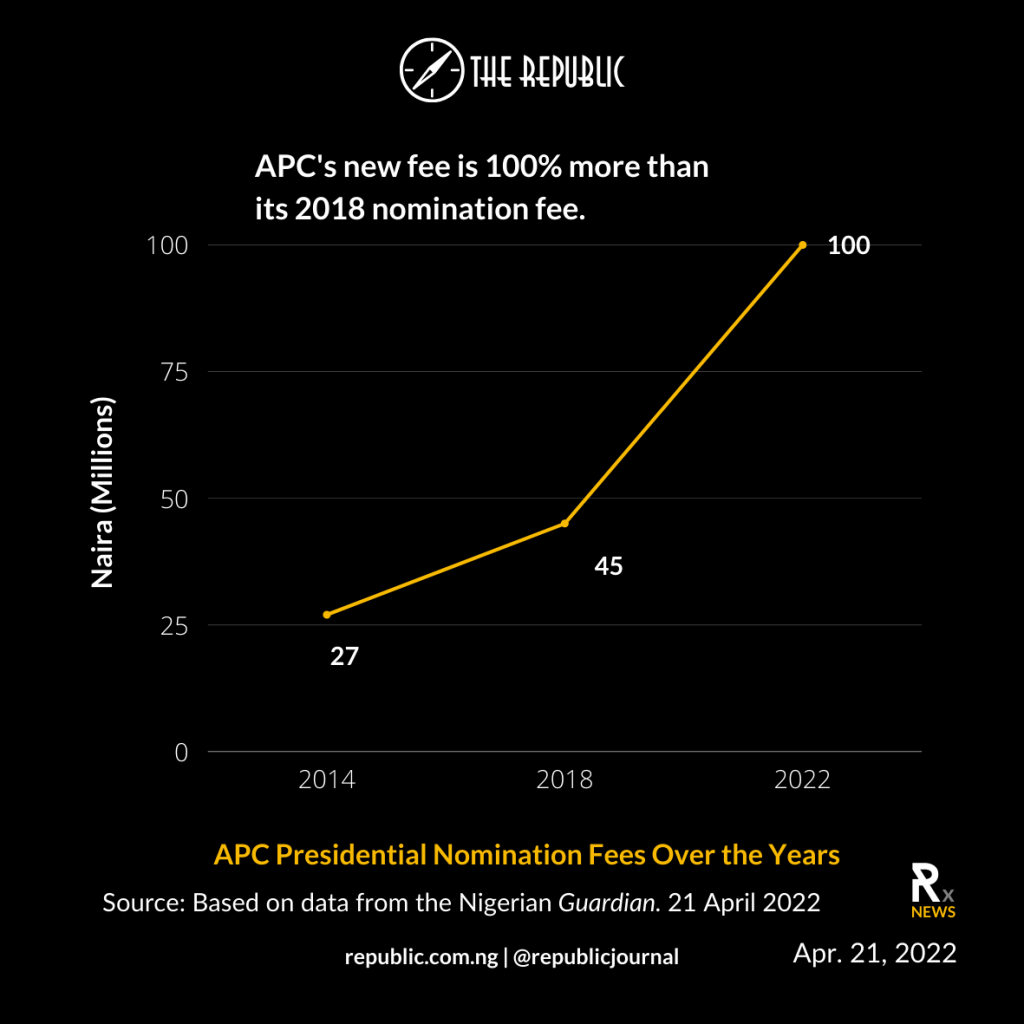 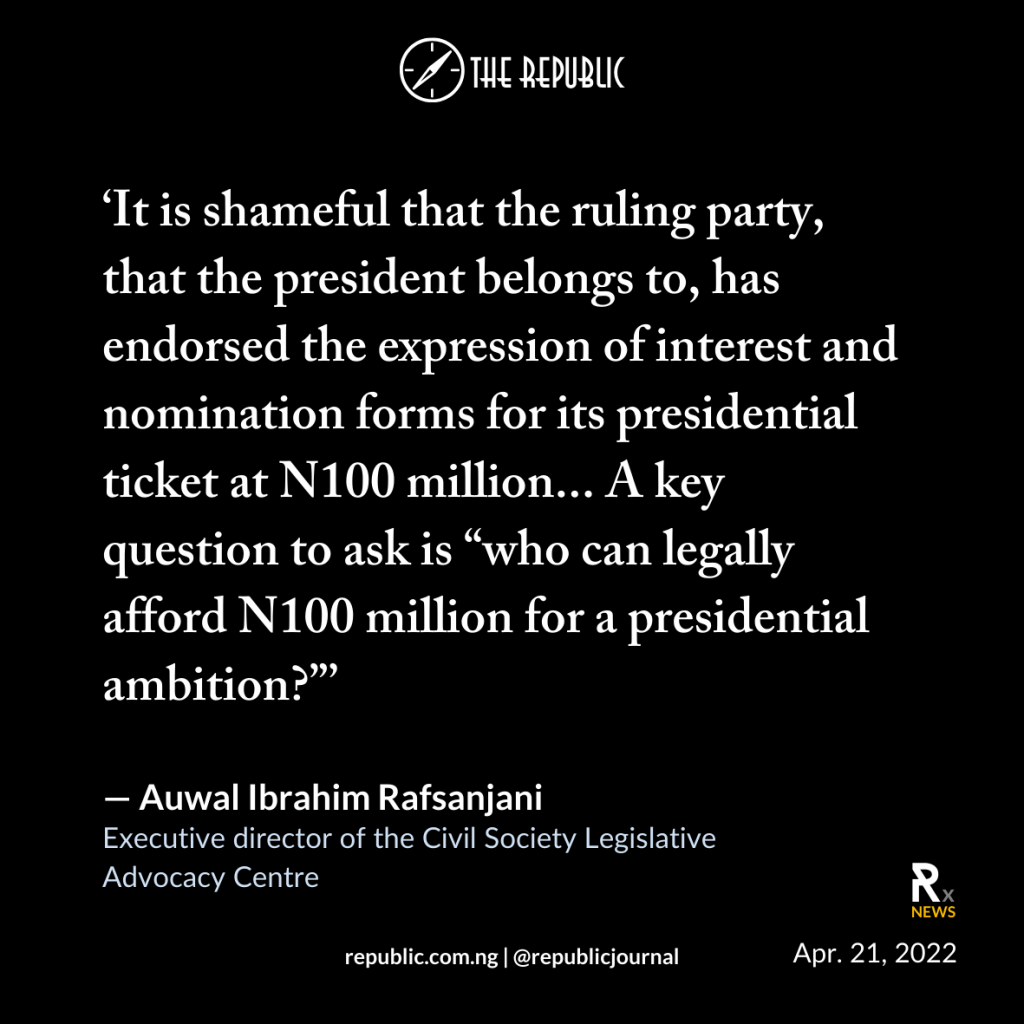 The Human Rights Writers Association of Nigeria (HURIWA) has argued that the Economic and Financial Crimes Commission (EFCC) should investigate the source of wealth of any presidential candidate who pays the APC nomination fee. According to the group, ‘Anyone who buys the nomination form at such a scandalous amount should be arrested and handed over to law enforcement agencies such as EFCC or ICPC or the Nigeria Police Force for investigation on the source of the money.’

It is shameful that the ruling party, that the president belongs to, has endorsed the expression of interest and nomination forms for its presidential ticket at N100 million. This is especially at a time when many have expressed dissatisfaction with the level of youth participation in partisan politics and called for deliberate measures to create the enabling environment for wider inclusion and active participation of women and youths in politics and governance of the country… A key question to ask is ‘who can legally afford N100 million for a presidential ambition?’

Concerns have arisen over how expensive the forms are and experts have said that the fee goes against the Not Too Young To Run bill President Buhari signed in 2018 that allowed for youths to take up offices. According to a breakdown by the Revenue Mobilisation, Allocation and Fiscal Commission, the N100 million set by the APC is the seven-year and the eight-year cumulative salaries of President Muhammadu Buhari and Vice President Yemi Osibajo which, respectively, are estimated at N14.058 million and N12.126 million yearly⎈

Here are some Republic articles to read for more context on APC and political parties in Nigeria: