Khadijah Okunnu-Lamidi is the first and only female presidential aspirant for the 2023 general elections so far. [a]kol_nigeria / Instagram.

Who’s Running for Nigeria’s Presidency in 2023?

Most of the presidential candidates belong to either the All Progressives Congress (APC) or the People’s Democratic Party (PDP), while some have decided to run as independent candidates.

In February 2023, Nigeria will hold its general elections, ending President Muhammadu Buhari’s eight-year term. Preparations for the elections have begun on 09 November 2021, when the senate passed the Electoral Amendment Bill. So far, at least 25 Nigerians—most of them members of the All Progressives Congress (APC) and the People’s Democratic Party (PDP)—have expressed their interest to run for the presidency in 2023:

Anyim Pius Anyim, PDP: Anyim served as the senate president of Nigeria from 2000 to 2003. Political leaders from the five South East states of Nigeria—Abia, Anambra, Ebonyi, Enugu, and Imo—have expressed their support for Anyim. He stated that if elected, he will manage the nation’s diversity in an ‘effective and efficient’ manner based on equity, justice, fairness, and inclusion.

Yahaya Bello, APC: 46-year-old Kogi State governor, Bello, is Nigeria’s youngest governor. He announced his intention to run for president on 05 January 2022 while speaking to APC legislators and women’s groups in Bauchi. The governor, who has gotten a number of endorsements for his presidential bid, has promised Nigerians that if elected, he will not violate their confidence.

Orji Uzor Kalu, APC: The current chief whip for the Senate House of Nigeria, Orji Uzor Kalu, announced his desire to run for president on 21 January 2022. He claims that initially, he had no plans to run for president, but was encouraged by leaders from the six geopolitical zones to run for the post. Kalu was the former governor of Abia State from 1999 to 2007. On 09 May 2022, Kalu officially withdrew from the presidential race, stating that he would support current senate president, Ahmad Lawan.

Here’s a Republic article to read for context into the 2023 presidential election:

READ
Why Is Everyone Talking About the 2021 Electoral Amendment Act?

Kingsley Moghalu, YPP: In October 2021, Moghalu announced his decision to pursue his presidential ambitions under the African Democratic Congress (ADC). He was the former deputy governor of the Central Bank of Nigeria (CBN) from 2009 to 2014. He was also the presidential candidate of the Young Progressives Party (YPP) in the 2019 election.

Dele Momodu, PDP: Momodu is the chief executive officer of Ovation Magazine—an African magazine founded in 1996. In January 2022, Momodu met with national leaders of the PDP to declare his presidential ambitions saying that he is the best hope for Nigeria as he was mentored by the late popular business tycoon and politician, Moshood (M.K.O) Abiola. 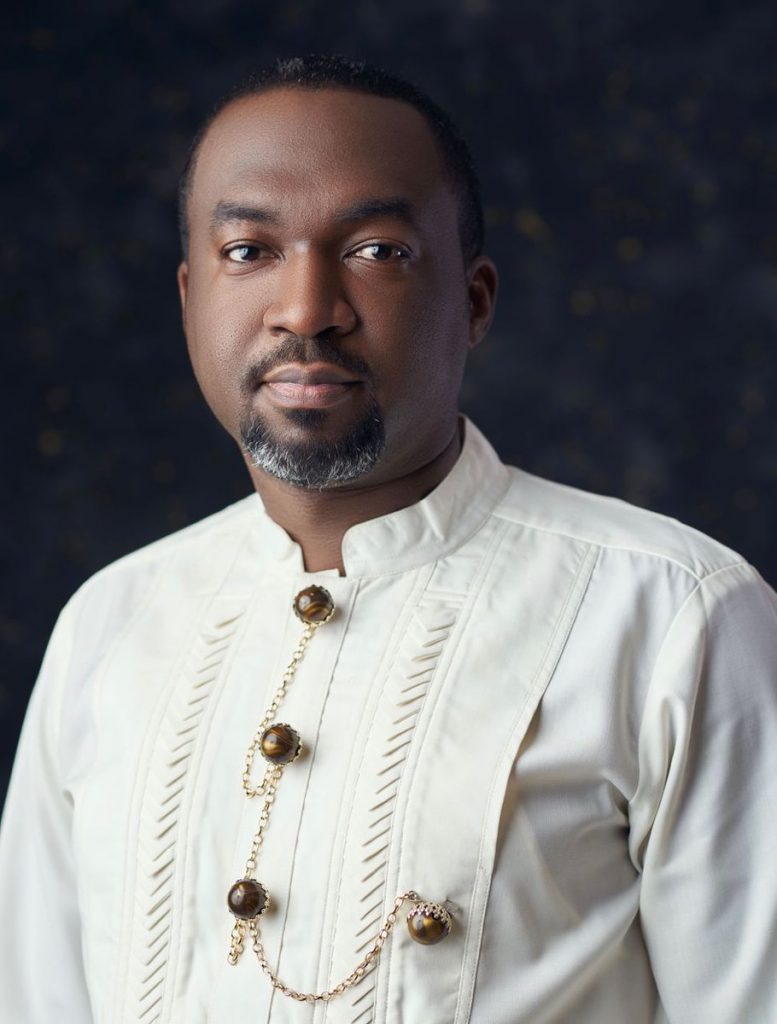 Chukwuka Monye, Other: Monye is the founder of Ciuci Consulting, a multinational operations management consulting firm. He does not belong to any political party, and intends to run as an independent candidate.

Bola Ahmed Tinubu, APC: Tinubu is the APC’s current national leader and was the governor of Lagos State from 1999 to 2007. Widely known as the ‘Godfather’ of Lagos, Tinubu has been ascribed with having a huge influence in shaping modern Lagos and securing Buhari’s path to victory in 2015. Although he has been accused on several accounts of corruption, Tinubu has always denied them. The former governor is the frontrunner to securing APC’s presidential nomination and his declaration earlier in January 2022 marked the unofficial launch of campaign season in Nigeria.

Rochas Okoroch, APC: The former governor of Imo State and a representative of the Imo Western region, Rochas Okorocha, declared his intention to contest for the presidency in 2023. This was announced through a letter that was addressed to the senate president, Ahmad Lawan on 26 January 2022. He believes that Nigeria needs a detribalized citizen who can rule the country. 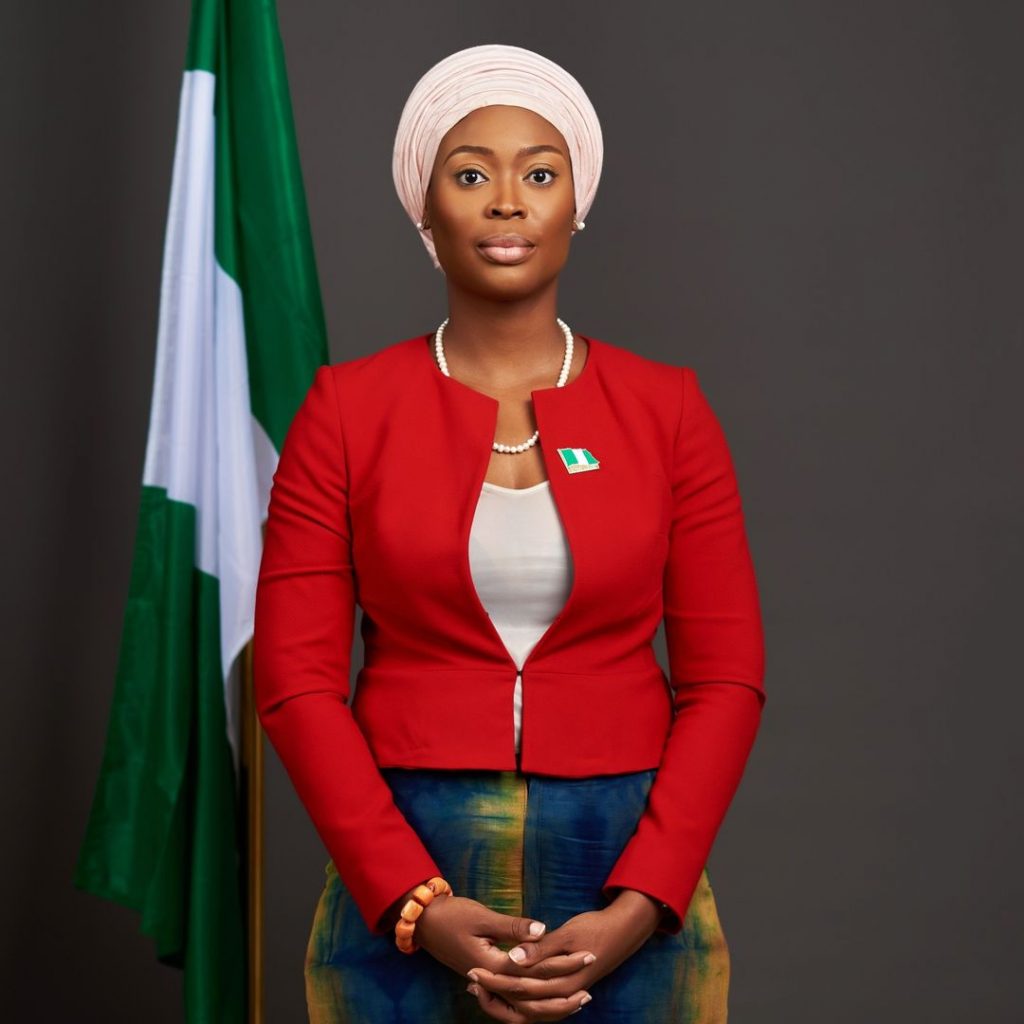 Khadija Okunnu-Lamidi, Other: Okunnu-Lamidi is the first female presidential aspirant for the 2023 general elections. She is the founder of Slice Media Solutions, an advertisement agency. She does not belong to any political party yet, but hopes that any party that shares her vision will adopt her as a presidential candidate.

Sam Ohuabunwa, PDP: Ohuabunwa is the founder and former chief executive officer of Neimeth Pharmaceutical. Ohuabunwa has solicited leaders of the PDP to support his presidential ambitions, as he believes that he is the best-suited aspirant to lead the party back to power and develop Nigeria.

Doyin Okupe, PDP: Okupe is a Nigerian politician and medical practitioner who has served as the special assistant on media and publicity for Obasanjo’s administration. In 2002, he was a major contender for the governorship of Ogun State. In 2019, he was arrested by the EFCC on money laundering charges. Now a member of the PDP, Okupe declared his interests in the presidency in October 2021, promising to prioritize the needs of the poor if elected.

Bukola Saraki, PDP: Saraki served as the former senate president of Nigeria from 2015 to 2019. The PDP chieftain recently made his presidential ambitions known on 26 January, 2022, through his official Facebook page.

READ
‘My Reading Interests Are Eclectic.’

David Umahi, APC: Umahi is the current governor of Ebonyi State who is also a member of the APC. In November 2020, he switched from the PDP to APC, claiming a motivation to bring the South East region closer to the centre of power. If elected as president, Umahi said his presidency will replicate his efforts in Ebonyi State at the national level, and that he intends to bring a ‘business-like spirit into governance’.

Yemi Osinbajo, APC: Vice-president of Nigeria since 2015, Osinbajo made headlines on 11 April 2022 when he formally announced his intention to run for president under the APC and succeed his running mate, President Muhammadu Buhari.

READ
A Heartbeat or An Election Away

Godwin Emefiele, APC: Current governor of the Central Bank of Nigeria, Emefiele’s presidential ambitions have caused controversy in recent weeks, after rumours that he purchased an APC presidential nomination form were confirmed. In response to this news, there have been several calls for Emefiele’s resignation to prevent potential conflicts of interest from impeding his role as CBN governor. Emefiele asked an Abuja court to allow him remain CBN governor while pursuing the presidency, but his suit was rejected.

Kayode Fayemi, APC: Fayemi is the current governor of Ekiti State and Nigeria’s former minister of mines and steel development. In May 2022, he formally declared his intention to run for President on APC’s ticket through a statement by his press secretary.

Ben Ayade, APC: Ayade is the current governor of Cross River State and officially joined the race for the presidency in April 2022, after a meeting with President Muhammadu Buhari. Ayade described himself as a ‘standby candidate that would support the president’s candidate’.

Ahmed Lawan, APC: Lawan is the president of the Nigerian Senate and purchased an APC presidential nomination form on 9 May 2022. Lawan was a lecturer at the University of Maiduguri between 1987 and 1997, and began his political career when he was elected to Nigeria’s House of Representatives in 1999.

Uju Ohanenye, APC: Ohanenye, a lawyer and entrepreneur, is among the small minority of women who have declared intentions to run for the presidency. She officially entered the race to become the APC’s presidential candidate in May 2022.

Rotimi Amaechi, APC: Amaechi is Nigeria’s current minister of transportation and a former governor of Rivers State. In April 2022, he declared his intention to become the APC’s presidential candidate through his official social media channels and an official statement.

Chris Ngige, APC: Ngige is Nigeria’s minister of labour and employment and a former governor of Anambra State. He announced his decision to run for president at St. Mary’s Catholic Church in Anambra State, in April 2022. Citing his experience as a former senator, governor, and minister, he described himself as the ‘jack of all trades and master of all’ that Nigeria needs now.

Chukwuemeja Nwajuba, APC: Nwajuba is Nigeria’s minister of state for education and declared his interest in running for president in month 2022. News of his entrance to the presidential race caused discontent on social media. Nwajuba’s entrance to the race was criticized because of the ongoing strike in Nigeria’s public universities which started on 14 February 2022 and has kept students away from schools for about three months now.

Godswill Akpabio, APC: Akpabio is Nigeria’s minister of Niger Delta affairs and a former governor of Akwa Ibom State. He joined the race to become the APC’s presidential candidate through an announcement he made at the Ikot Ekpene Stadium in April 2022. In the announcement, Akpabio described his declaration as a ‘message of hope and positive continuity.’ ‘This declaration is being watched live from 59 countries in the world, I have never seen a politician so loved by this country like Godswill Akpabio,’ he said.

READ
The Dilemma of a Ruling Party

Adams Oshiomole, APC: Oshiomole is a former governor of Edo State and previous national chairman of the APC. In April 2022, he declared that he would run for a seat in the Nigerian Senate in 2023, but in May, he declared his intention to instead become the APC’s presidential candidate at the Cyprian Ekwensi Centre for Arts and Culture in Abuja.

Tunde Bakare, APC: Bakare is a senior pastor at the Citadel Global Community Church in Lagos and was Muhammadu Buhari’s running mate during the 2011 presidential election. In April 2022, he declared that he would join the race to become the APC’s candidate to replace Buhari. Bakare caused controversy in a viral video in 2019 when he announced that he would be president after Buhari, stating that, ‘as far as politics of Nigeria is concerned, President Muhammadu Buhari is number 15, and I am number 16.’

Peter Obi, PDP: Obi is a former governor of Anambra State and was Atiku Abubakar’s running mate in Nigeria’s 2019 presidential election. In March 2022, he declared at the Government House, Awka, that he would enter the race to become the PDP’s candidate for Nigeria’s 2023 presidential election. Obi explained that he wanted to lead a unified and secure nation, saying: ‘I’m not aspiring for a political position, but to serve the country.’

This post will be updated as more candidates declare their interest in running for president. Chiamaka Dike and Wemimo Ogunmoyela contributed research and writing to this piece⎈