Why Is There a Fuel Scarcity in Nigeria?

The fuel crisis began in early November 2021 when the Nigerian government announced the removal of fuel subsidies with a transportation grant of N5000-a-month to the poorest Nigerians.

Since 04 February 2022, residents in Lagos have reported more-than-usual road traffic driven by fuel scarcity. The lack of fuel has generated long queues at filling stations across Lagos and other cities including the Federal Capital Territory, Abuja.

According to a report the Nigerian Midstream and Downstream Petroleum Regulatory Authority published earlier this month, the supply of fuel depleted after authorities detected methanol levels higher than the national specifications of 2-3 per cent in recently imported gasoline. 100 million litres of the contaminated fuel were imported and distributed in the last week of January 2022.

Fuel scarcity has caused serious problems for vehicles across the country. Chairman of the Major Oil Marketers Association of Nigeria, Olumide Adeosun, said that there are 136 reported cases of damaged vehicle engines as a result of the contaminated fuel. In a news article published by Premium Times in February 2022, an official of the Nigerian National Petroleum Corporation (NNPC), explained that various agencies were working to ensure that the disruption caused by the substandard petrol will be resolved. 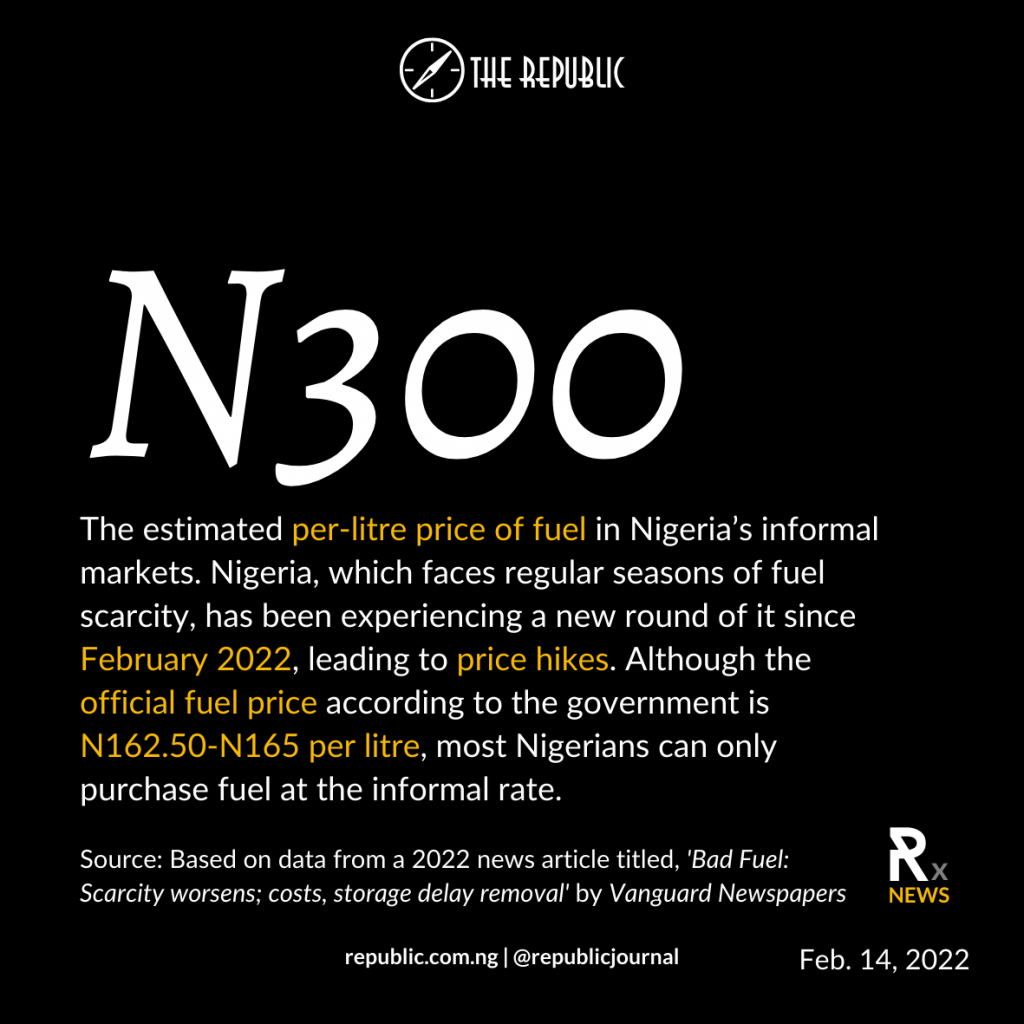 The fuel crisis actually started as early as November 2021 when the minister of Finance, Budget, and National Planning, Zainab Ahmed, announced that Nigeria will remove fuel subsidies by 2022 and replace the subsidies with a transportation grant of N5000-a-month to the poorest Nigerians. Since then, fuel retailers, whom NNPC have accused of hoarding fuel, have refused to resume normal operations. This has continued despite the suspension of the subsidy removal plan approved by president Mohammadu Buhari in January 2022.