A train at the Abuja Train Station. 22 March 2022. WIKIMEDIA COMMONS.

On 28 March, a group of armed men often referred to as bandits in media reports blew up the track on the Abuja-Kaduna train route and opened fire on passengers, killing eight people.

On Saturday, 11 June, the armed assailants who attacked a train in northwest Nigeria in March freed eleven of their hostages. The spokesman to the cleric acting as a mediator between the government and the attackers, Tukur Mamu, confirmed that six women and five men were released while 51 people were still captive.

Gbemisola Saraki, the minister of state for transportation, said in a statement late on Saturday that the government was working to ensure all the kidnapped passengers were released. The freed passengers were taken to a hospital in Abuja. Saraki did not say how and where they were released, or if ransom was paid. 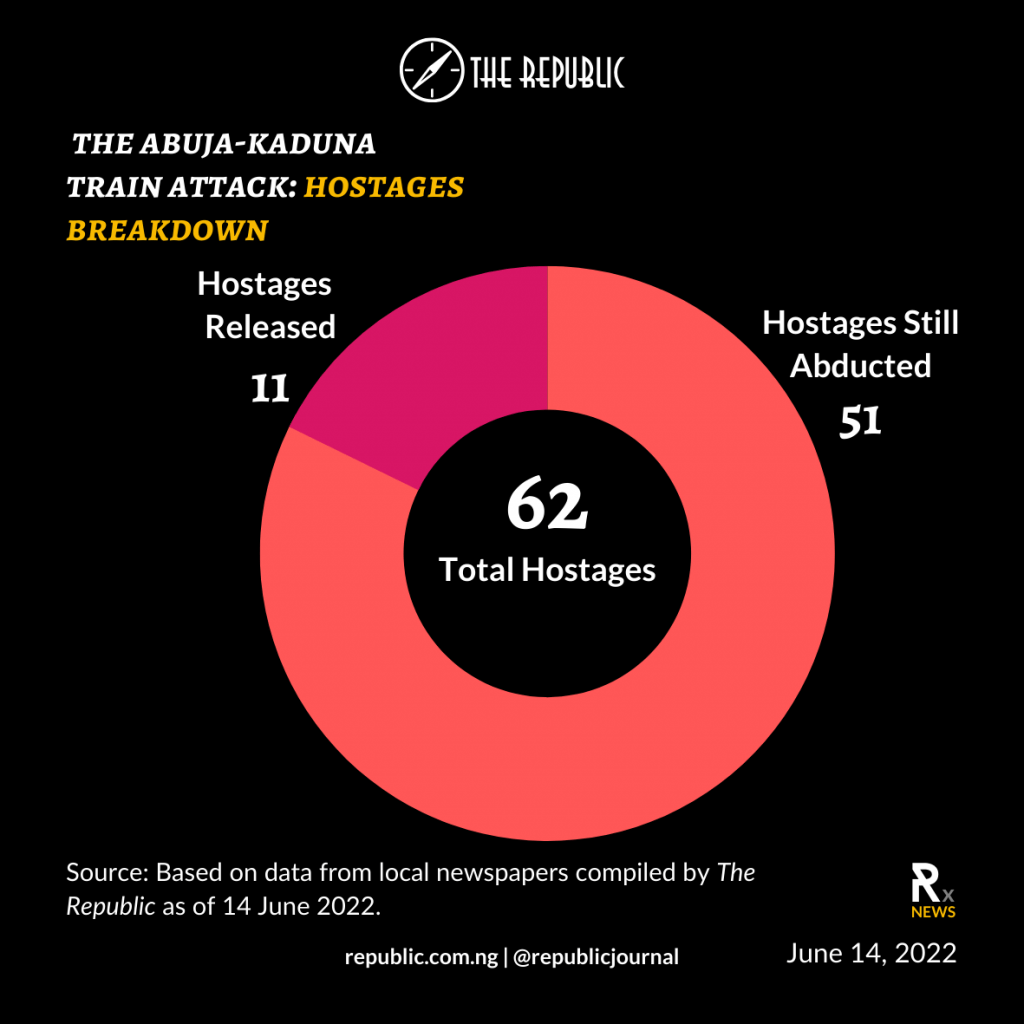 On 28 March, a group of armed men often referred to as bandits in media reports blew up the track on the Abuja-Kaduna train route and opened fire on passengers, killing eight people, wounding 26 and taking an unspecified number of passengers hostage. The government blamed the attack on a jihadist group, Boko Haram, working in collaboration with local militia.

‘As grateful as we are for this positive development, we are equally mindful of the anguish of all the victims and their families, who have unfortunately endured and (are) still enduring unimaginable trauma since the tragic incident,’ Saraki said.

Over the past five years, gunmen have kidnapped hundreds of travellers along major highways in the North. Due to the spate of highway kidnapping,   the rail line service became the safer and preferred means of transportation between Abuja and Kaduna. This is no longer the case as the March 28 attack was the second attack by armed gangs on the rail line in six months. 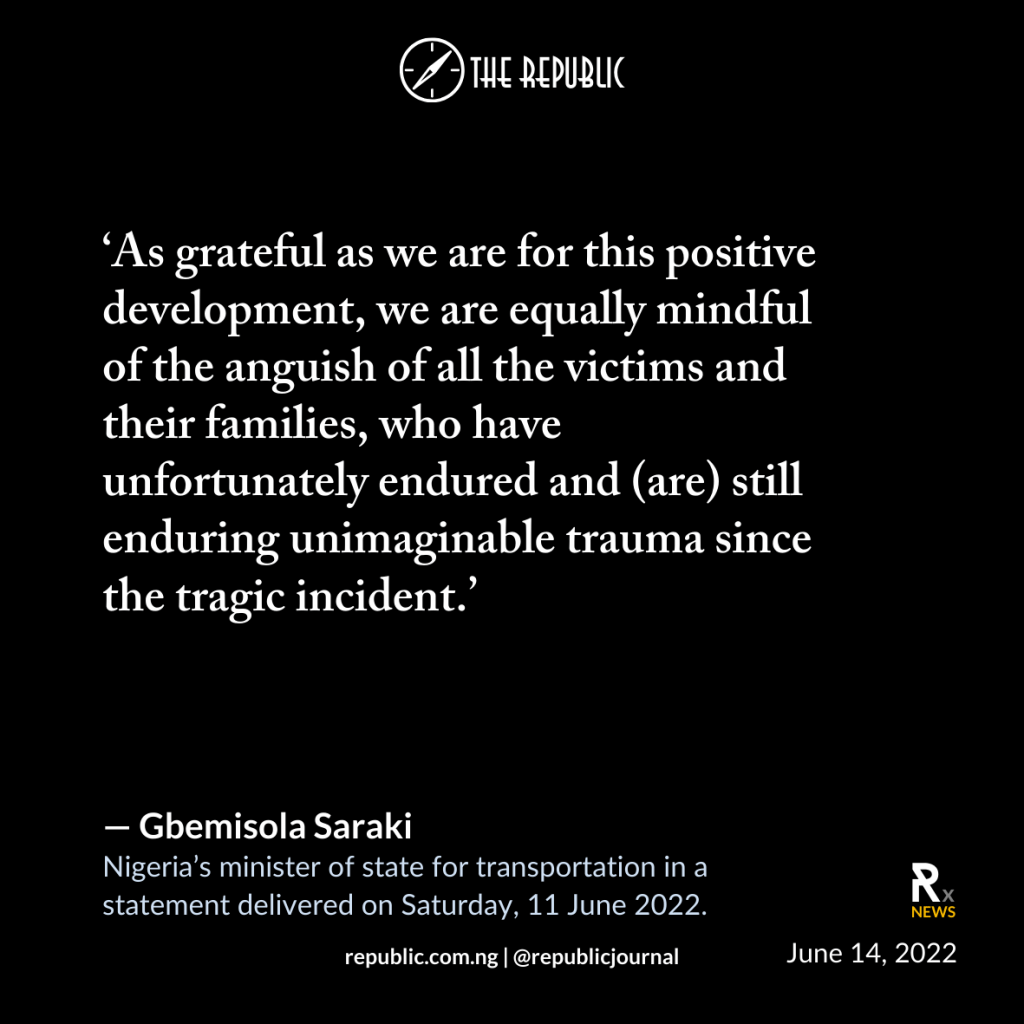 Recently, on 05 June, gunmen invaded a church in Owo, Ondo State, and killed more than 40 worshipers, including children. Pope Francis described the massacre as a ‘horrible attack’ and an ‘unspeakable act of violence.’

Marking Democracy Day on 12 June, President Muhammadu Buhari acknowledged  Nigerians were anxious about the rising insecurity, but promised that his government was working to contain the situation and ensure a safe and secure general election in early 2023. ‘I am living daily with the grief and worry for all those victims and prisoners of terrorism and kidnapping,’ said Buhari in a televised speech⎈