Returning Lumumba 61 Years After He Was Assassinated, Belgium Will Return Patrice Lumumba’s Remains

Lumumba’s remains in Belgian possession include a gold tooth and finger bones.

On 20 June 2022, Belgium will return the remains of Patrice Lumumba, the first prime minister of the Democratic Republic of Congo or ‘DRC’, to his family. The ceremony will take place at the Egmont Palace in Brussels. Lumumba’s remains in Belgian possession include a gold tooth and finger bones.

In January 1961, Patrice Emery Lumumba was assassinated by the authorities of Katanga, a breakaway Congolese state, after being tortured in the presence of Belgian officers. At the time, Lumumba was 35 and his death sparked global outrage, instantly turning him into a national hero and a symbol of the dashed hopes of post-independence Africa.

Reacting to news of Belgium returning Lumumba’s remains, Roland Lumumba, one of Lumumba’s children, said that the return was a relief and an opportunity to finally move on. ‘For us, as Africans, the mourning started about 60 years ago. With the return of a part of him,…we can finish the mourning and move on. It’s a relief for us.’ 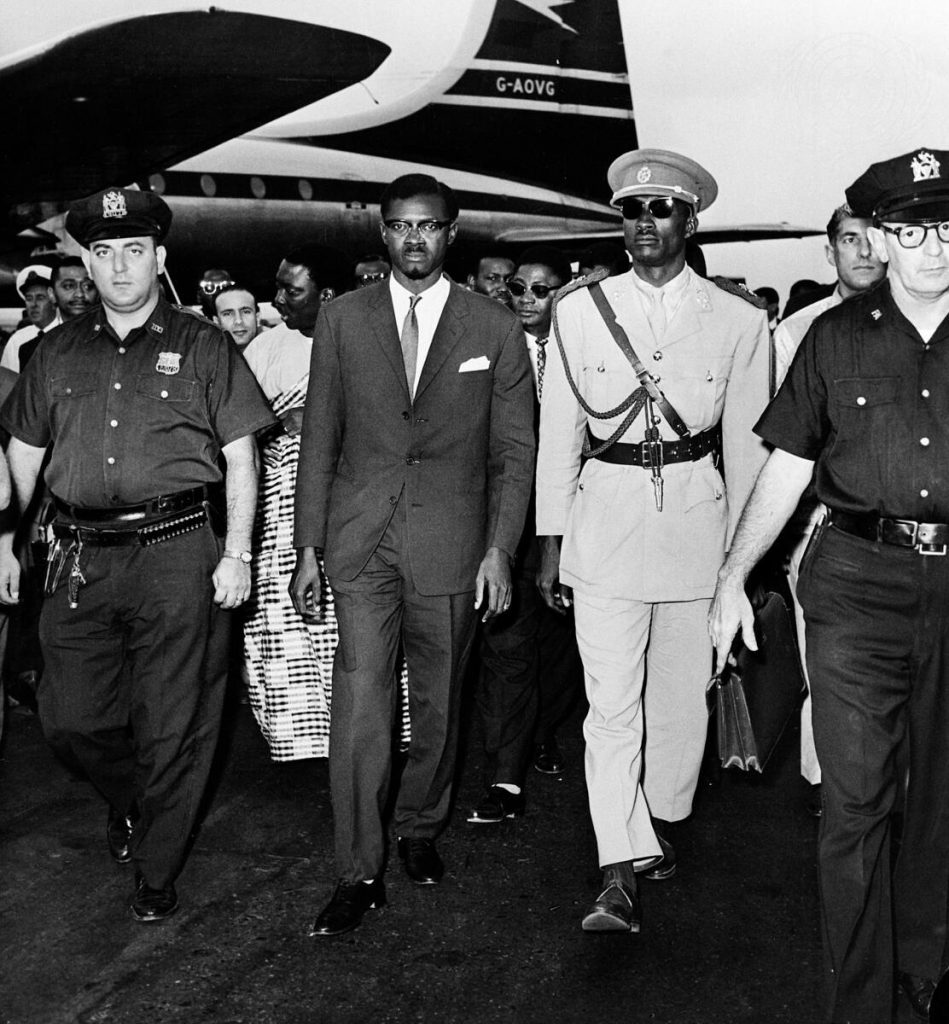 Premier Patrice Lumumba (2nd from left), of the Republic of the Congo, photographed with an aide, Captain Mawoso (2nd from right), as he arrived at New York’s International Airport. 24 July 1960. ©UN Photo.

According to Camille Gijs and Stephan Faris writing in Politico, ‘Lumumba’s tooth, and its troubled, terrible history, is an unpleasant reminder of a history Belgian authorities were reluctant to take responsibility for—and still appear to want to keep at arm’s length.’ For decades after Lumumba’s murder, Belgium maintained official silence on the circumstances surrounding his death. It was only in 2016 after Lumumba’s children filed a complaint against 12 Belgian officials suspected of participating in his murder, that his tooth was recovered from the family of Gérard Soete, the police officer who had disposed of his body.

In 1999, Soete admitted to killing Lumumba and dissolving his body in sulfuric acid. At the time, Soete also took several of Lumumba’s finger bones and teeth, one of which was coated in gold, as ‘a type of hunting trophy’. Soete was never charged and died in 2000.

In 2001, a Belgian parliamentary investigation found that numerous Belgian officials were ‘morally responsible’ for Lumumba’s death. A year later, the Belgian government, then led by Flemish liberal, Guy Verhofstadt, issued an official apology. The inquiry found ‘no single document’ that proved the Belgian government gave the order to kill Lumumba. Instead, the inquiry concluded that Belgian officials had previously plotted to kidnap and possibly assassinate Lumumba in the months leading up to his death. Additionally, the inquiry claimed that the government did nothing to try to stop Lumumba’s murder when Lumumba was transferred to Katangese authorities.

In 2016, following an interview where Soete’s daughter, Godelieve Soete, showed one of Lumumba’s teeth, the police searched her home, and the remains were transferred to the Justice Palace in Brussels. In July 2020, Lumumba’s daughter, Juliana Lumumba, in a letter addressed to King Philippe of Belgium, asked for the return of her father’s remains. Later that year, a Belgian court ruled in her favour. 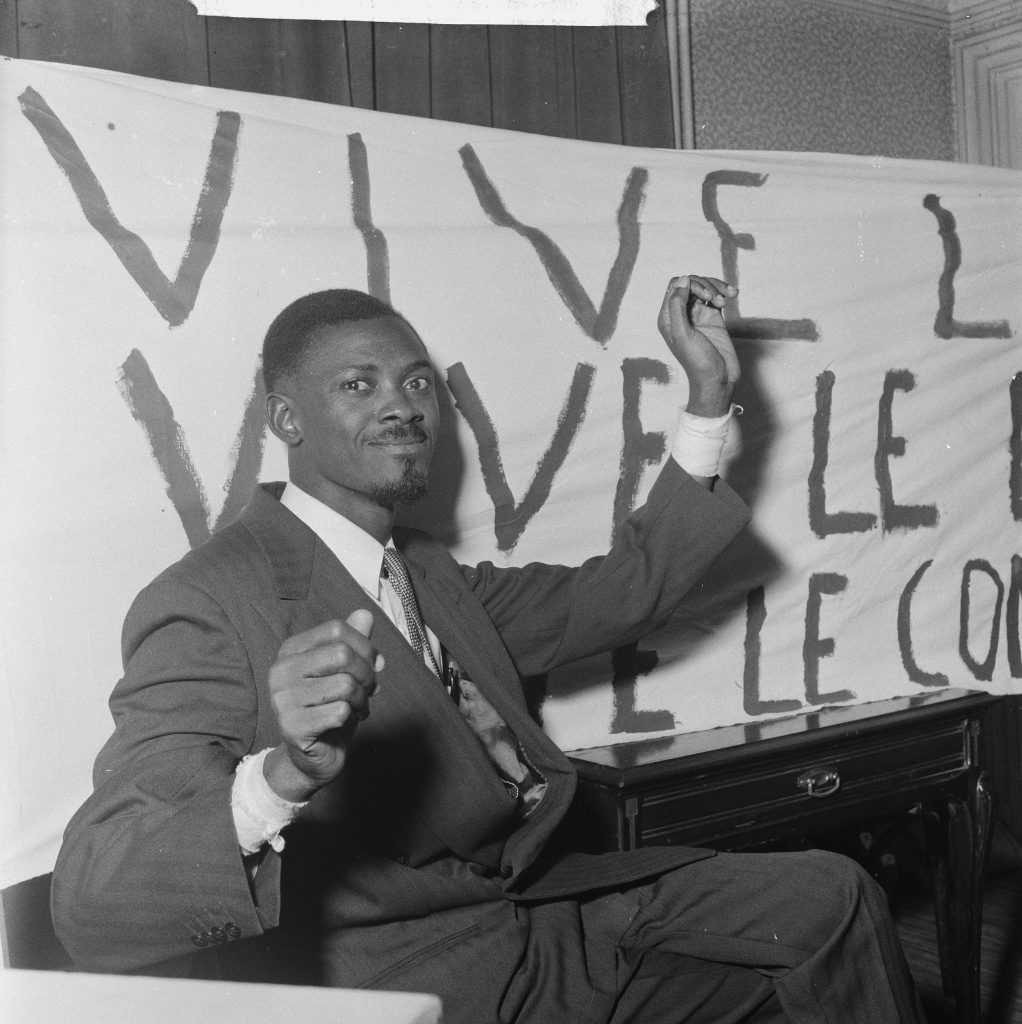 Nadia Nsayi, a political scientist focusing on Congo, said Belgium had been slow to take responsibility over Lumumba’s death, but it was nonetheless welcome. ‘Lumumba has become a symbol of the struggle against colonialism, the struggle for freedom, not only for Congolese but for Africans as a whole,’ Nsayi said. ‘Belgium has recognized moral responsibility. It also includes political responsibility. The crux of the matter is that Belgium did not give the Congolese a fair chance of independence.’

For many Congolese, Belgium’s attempts at reconciliation fall far short of atoning for the country’s colonial past. The occupation of Congo, first by King Leopold II from 1885 to 1908, and then by the Belgian state from 1908 to 1960, is considered one of the more brutal in African history, featuring forced labour, systematic mutilation and the death of up to 10 million people⎈