Sidney Poitier, the First Black Man to Win an Oscar Award, Has Died

Sidney Poitier, who in 1964 and for the movie, Lilies of the Field, became the first Black actor to win an Oscar award died on the evening of Thursday, 06 January 2022. His death was confirmed in a statement to Forbes by Clint Watson, press secretary for the Prime Minister of the Bahamas. According to Watson, Poitier died of ‘natural causes’ and had been ‘ailing for a while’.

Notable figures in the political and entertainment industries have paid tribute to Poitier’s achievements. Popular American talk show host Oprah Winfrey tweeted: ‘The utmost, highest regard and praise for his most magnificent, gracious, eloquent life. I treasure him. I adored him. He had an enormous soul I will forever cherish.’  Former US President, Barack Obama, posted a picture of him and Poitier, saying, ‘Through his groundbreaking roles and singular talent, Sidney Poitier epitomized dignity and grace, revealing the power of movies to bring us closer together. He also opened doors for a generation of actors.’ 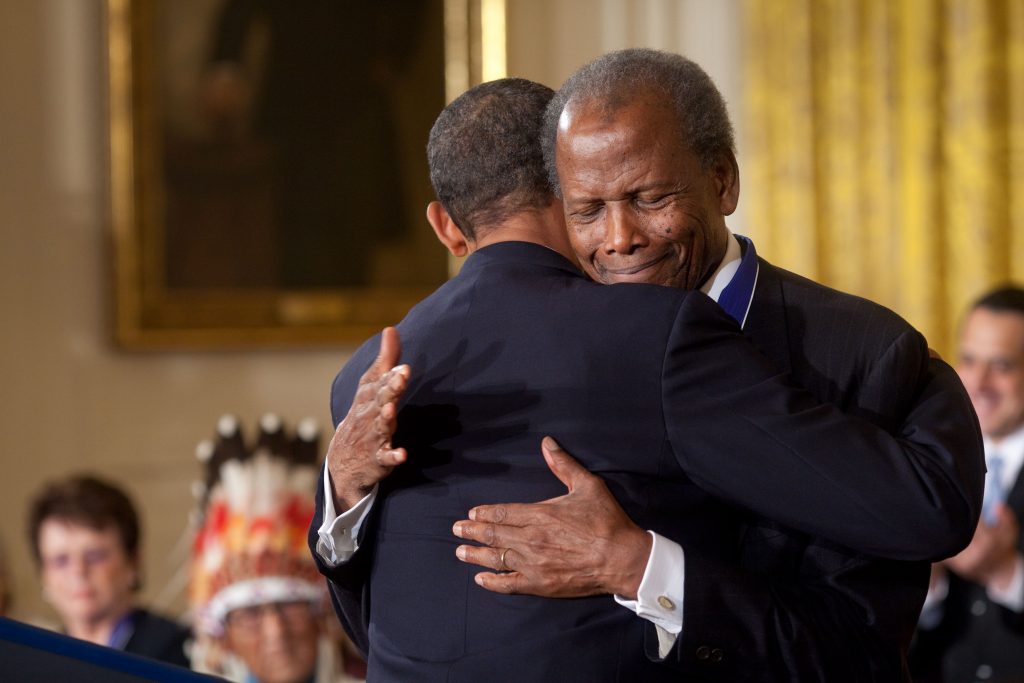 Born in 1927 to Bahamian parents while they were visiting Miami to sell tomatoes, Poitier grew up in the former British colony. At 15, both he and his family returned to the US and took on a series of low-paying jobs before briefly serving in the army during the Second World War—where he attempted to feign insanity to win a medical discharge.

After leaving the army, Poitier worked as a dishwasher until he gained admission into the American Negro Theatre School of Drama. Poitier scored his first lead film role in the 1955 Blackboard Jungle and his first major award recognition came with The Defiant Ones (1958), which saw him nominated for Best Actor for the Oscar awards alongside co-star Tony Curtis. Six years later, Poitier won the Best Actor Oscar award for his performance in Lilies of the Field. In 2012, Poitier received an Honorary Academy Award for his contribution to American cinema. In 2021, the Academy Museum of Motion Pictures honoured Poitier with its 10,000-square-foot lobby, dubbed the Sidney Poitier Grand Lobby. 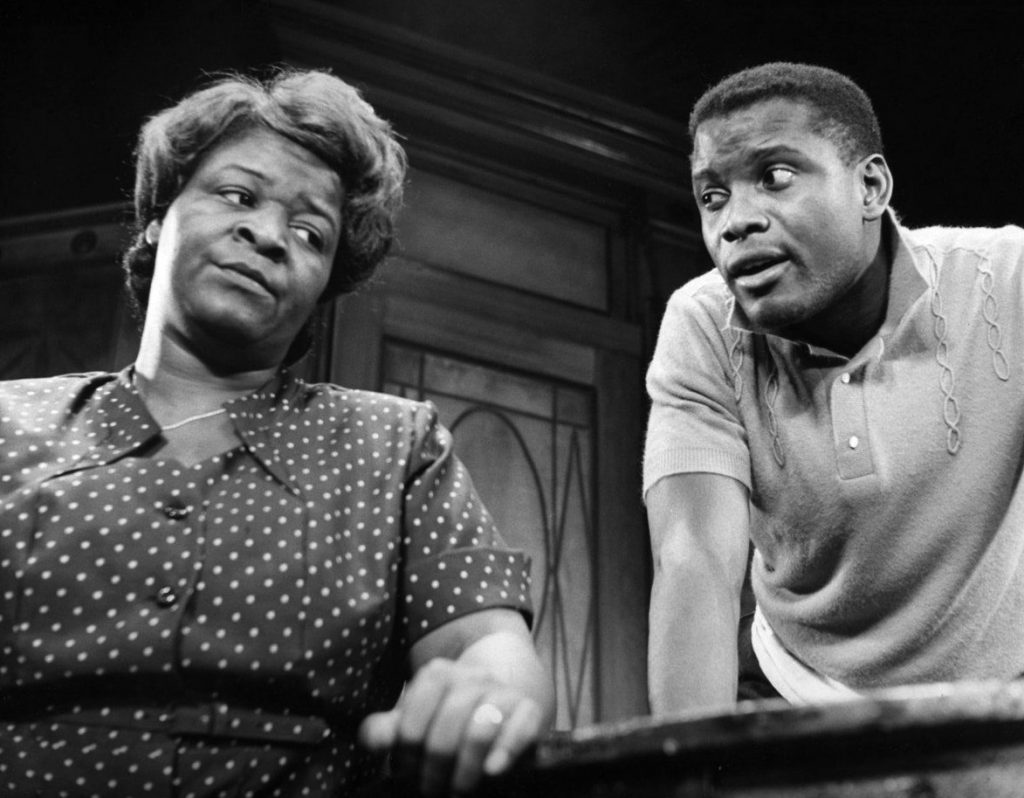 A scene from the play ‘A Raisin in the Sun’. Pictured are Claudia McNeil (Lena Younger) and Sidney Poitier (Walter Younger). New York. 1959. © Friedman Abeles.

Poitier is considered to be the first Black actor to achieve mainstream fame in 1950s-60s America, when American studios offered very few starring roles to African Americans. Many of Poitier’s roles revolved around racial tensions that mirrored America’s reactions to the social changes wrought by the civil rights movement. Poitier also played compelling anti-racist characters, with several of his movies set in African countries. These included: Cry, the Beloved Country (1952), set in apartheid South Africa; The Mark of the Hawk (1957), set in an unnamed African country but shot in Nigeria; Something of Value (1957; also known as Africa Ablaze) and set in colonial Kenya; and Mandela and de Klerk (1997), about political negotiations to end apartheid in South Africa⎈

Here are some Republic articles to read inspired by film and race:

READ
The Blacker the Berry
READ
Creating Africa
READ
Are Nigerians 'Black' Enough to Talk about Race?
READ
Anti-Racism Beyond the West
READ
Art as Protest