The Monkeypox Outbreak What You Need to Know

More than 100 cases of monkeypox have been reported across Australia, Europe, and North America. But media coverage of the outbreak is dominated by images of Black people.

Since 13 May 2022, more than 100 cases of monkeypox have been reported in 12 countries across Australia, Europe, and North America. According to the BBC, this is the first time the virus has been found in people with no clear connection to Western and Central Africa. 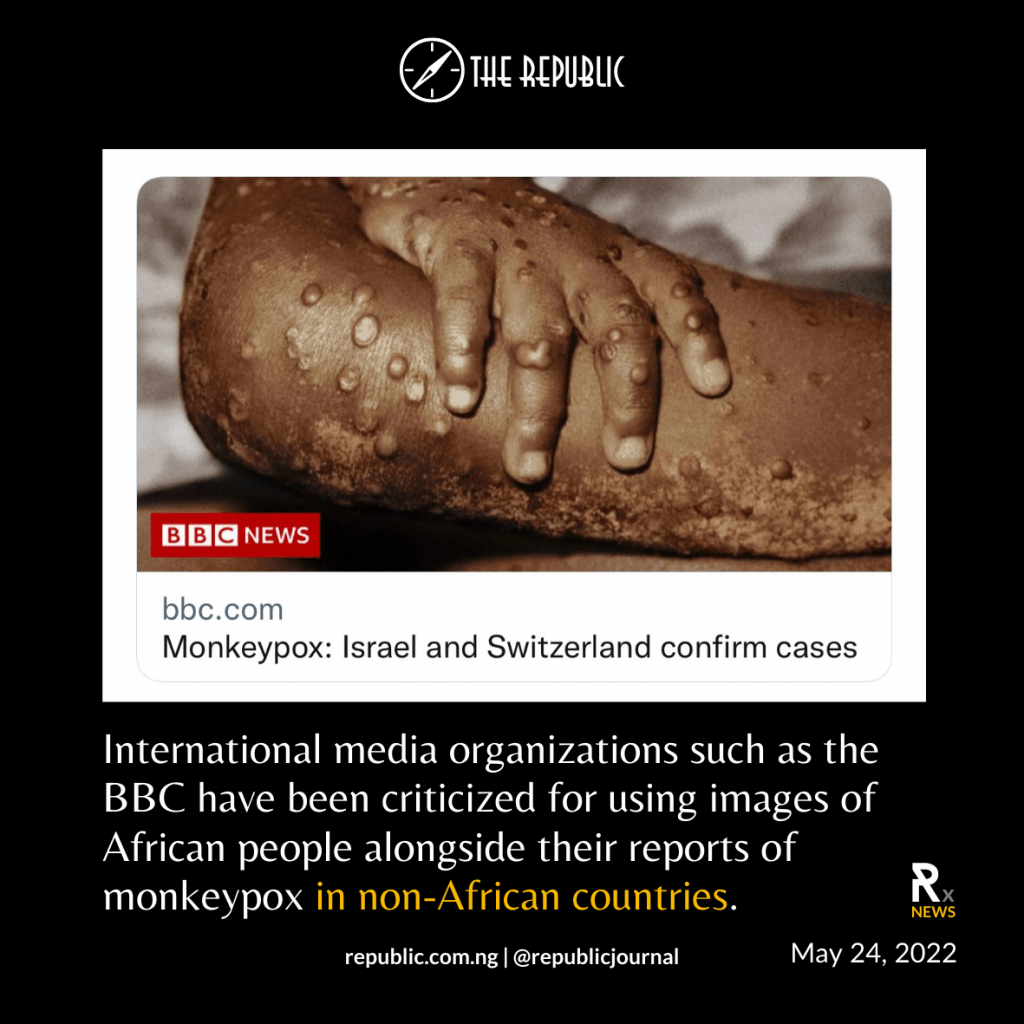 Monkeypox is a viral disease that is caused by the monkeypox virus, a member of the Orthopoxvirus. It is typically transmitted to humans through close contact with an infected person or animal, or with material contaminated with the virus. Its symptoms include fever, rash and swollen lymph nodes and they typically appear in six to 13 days but can also take as long as three weeks after exposure to show up. At the extreme, infection with monkeypox could lead to sepsis, loss of vision or inflammation of the brain.

Across Africa, 11 countries have reported cases of monkeypox since 1970, when the first human case was identified in a 9-year-old boy in the Democratic Republic of Congo. In 2017, Nigeria reported an outbreak of the virus and has since recorded more than 500 suspected cases and 200 confirmed cases. 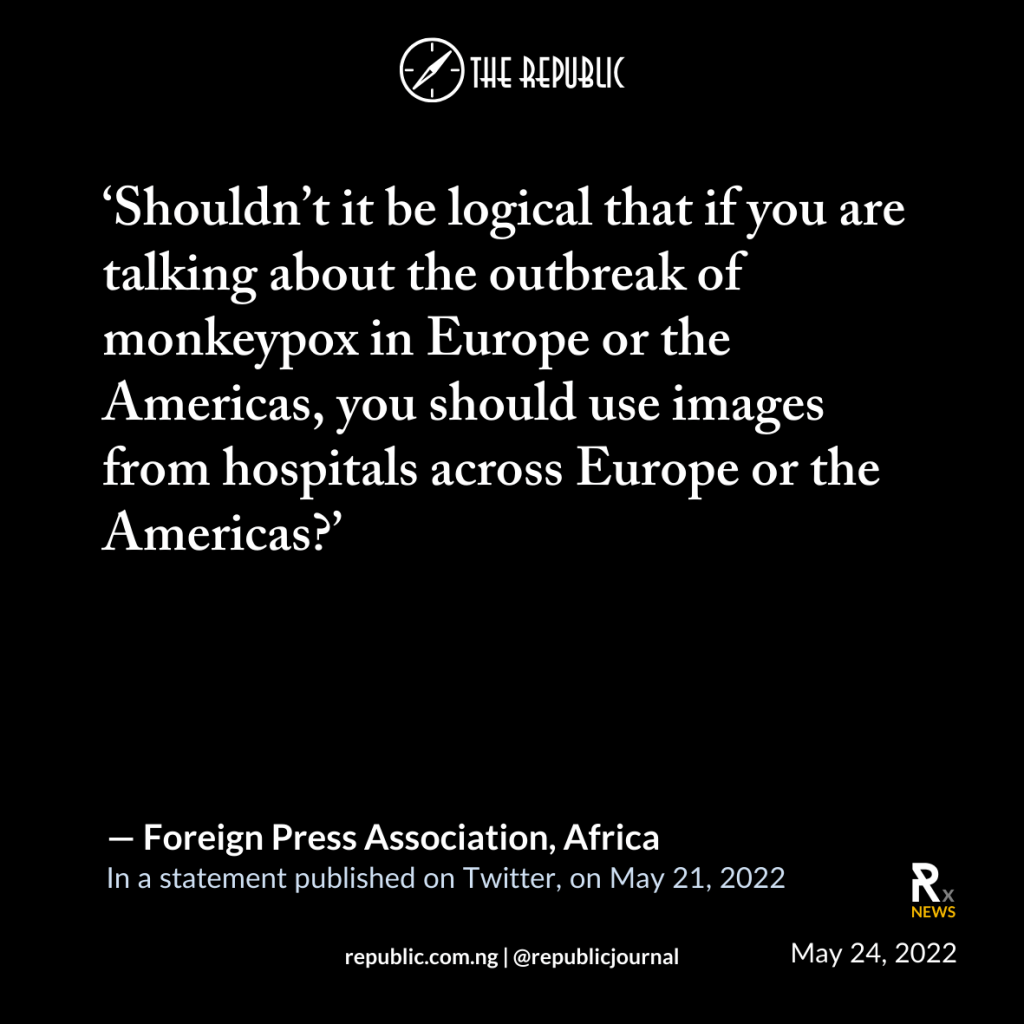 Although the most recent reports of the virus have come from Australia, North America and the United Kingdom, many Western media publications including Time, Washington Post, and The Sun, have primarily used images of Black people alongside such reports. Around the world, audiences have criticized this choice. In particular, African journalists, under the Foreign Press Association Africa or ‘FPAA’ have called the act ‘disturbing’. They argue that monkeypox, like any other disease, ‘can occur in any region in the world and afflict anyone, regardless of race or ethnicity.’ A statement FPAA published on Twitter said:

Shouldn’t it be logical that if you are talking about the outbreak of monkeypox in Europe or the Americas, you should use images from hospitals across Europe or the Americas? Or in the absence of such use a collection of electron micrographs with labelled subcellular structures? We condemn the perpetuation of this negative stereotype that assigns calamity to the African race and privilege or immunity to other races.

What is the convenience of using such images to tell the world how Europe and America are reeling from the outbreak of MonkeyPox? Is the media in the business of ‘preserving White purity’ through ‘Black criminality or culpability’? We find these actions to be very insensitive. It is glaring in the lack of dignity afforded to Black and brown-skinned victims of disease outbreaks. It is a lack of nuance and empathy given to people suffering from this disease. At a time when the world is forging alliances against systemic racism and racial stereotypes, the media should be at the forefront of shaping positive images and narratives.

According to the European Center for Disease Prevention and Control, this is also the first time monkeypox cases have been reported as common between men who have sex with men. The agency reported that transmission between sexual partners, due to intimate contact infectious skin lesions, seems the likely mode of transmission among such men. 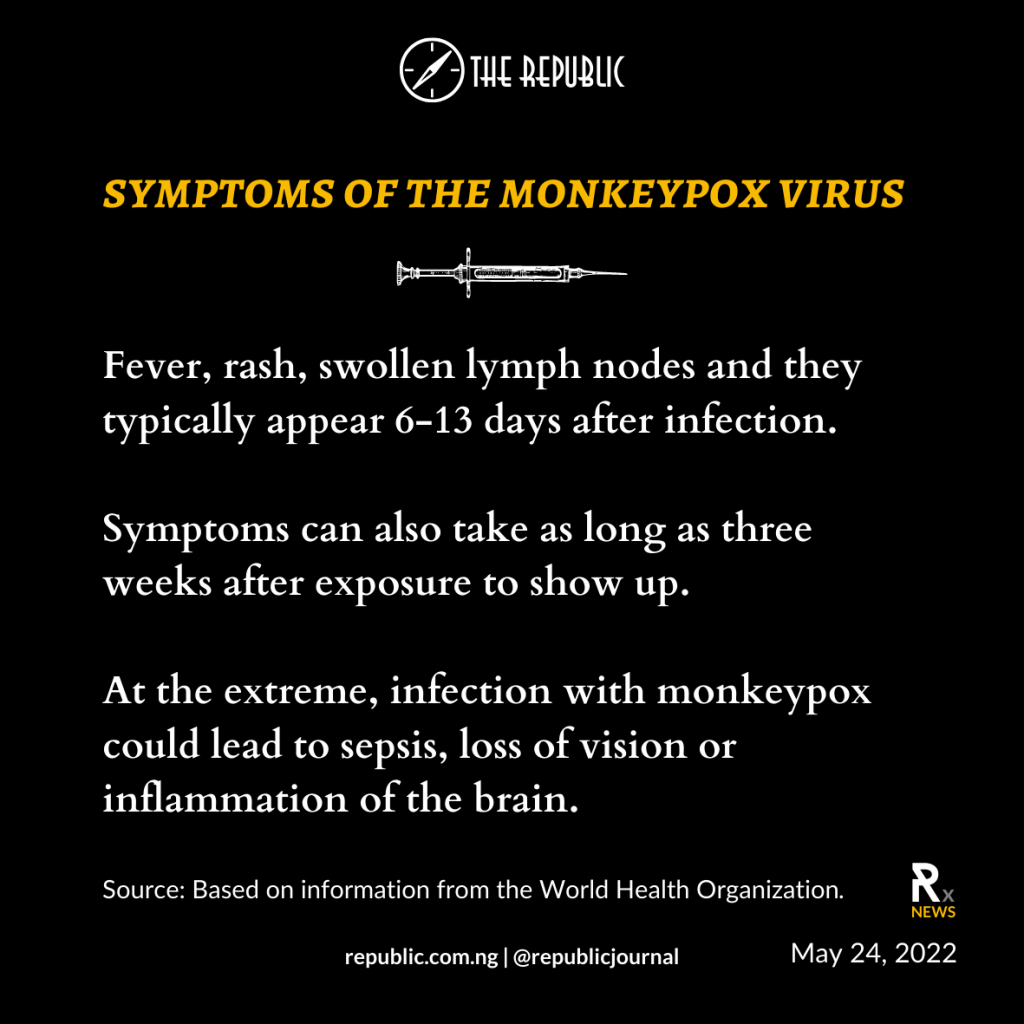 The monkeypox virus has a fatality rate of 3 to 6 per cent and although there is no proven treatment for the disease yet, the World Health Organization has reported that vaccines used in eradicating smallpox also provided protection against monkeypox⎈