The UK Wants to Send Asylum Seekers to Rwanda for ‘Processing’

The controversial move has been called a moral failure and could encourage other nations to adopt ‘offshoring’ of asylum processing as part of their immigration policies.

UK prime minister, Boris Johnson, has announced that men seeking asylum in Britain will be sent to Rwanda for processing and a possible integration into Rwandan society. Later today, UK home secretary, Priti Patel, will sign a ‘migration and economic development partnership’ with Rwanda, worth £120 million, to finance education and secondary qualifications for migrants.

The UK’s plan to ‘offshore’ refugees to Rwanda has been described by Refugee Action as unethical and a moral failure. Asylum seekers often come to Britain looking for economic opportunities or after being displaced from war-torn countries. 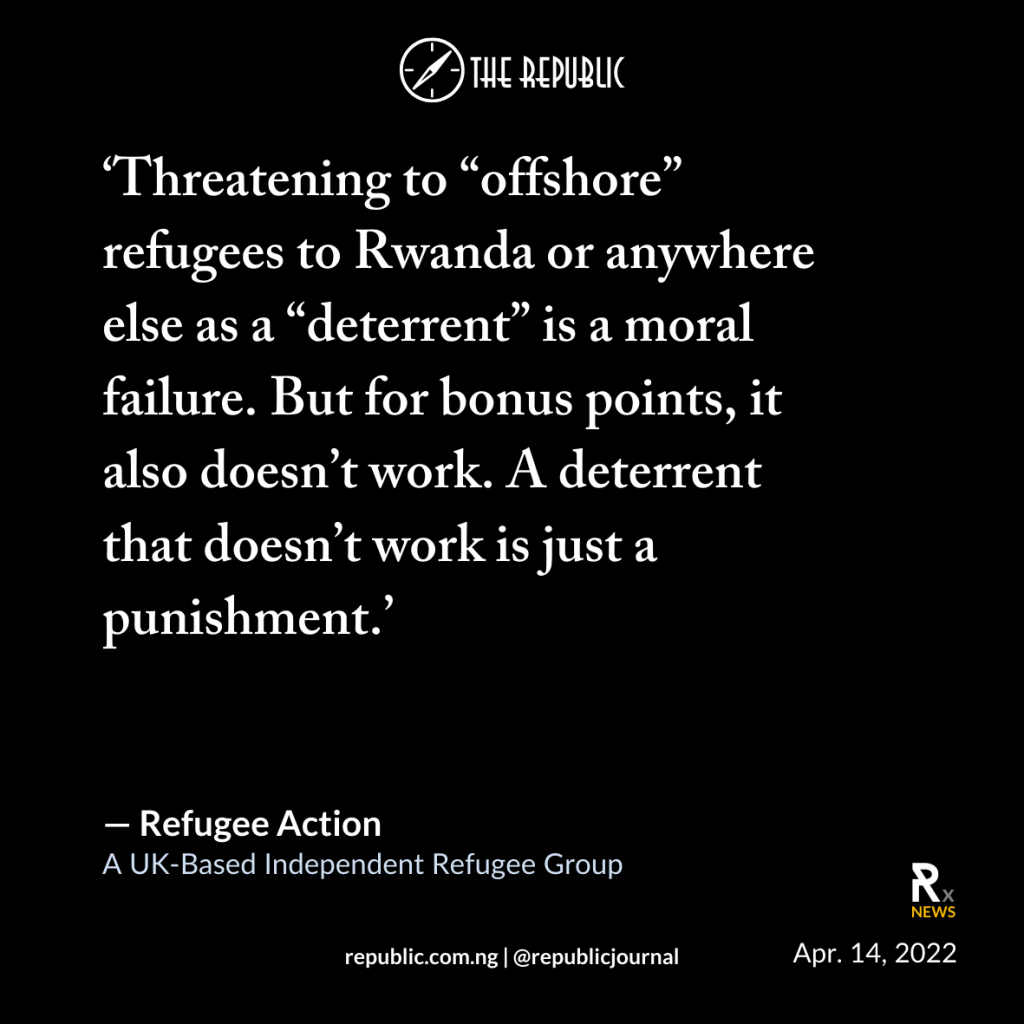 The office of the prime minister has said the plan is part of efforts to tackle illegal immigration at a time when thousands of people have crossed the English Channel in small boats. They also described Rwanda as ‘one of the fastest-growing economies in Africa which is recognised globally for its record on welcoming and integrating migrants.’ However, a 2020 Human Rights Watch report said that detainees in Rwanda suffer from arbitrary detention, ill-treatment, and torture in official and unofficial facilities.

Critics have said Johnson is trying to divert attention from his own behaviour after being fined on Tuesday over breaches of lockdown rules. Rights groups have expressed concerns that the move could encourage other nations to adopt ‘offshoring’ of asylum processing as part of their immigration policies⎈

Here are some Republic articles to read for a better understanding of migration:

READ
The 'Hidden Hand' of Europe
READ
Where are African Victims?
READ
Africa in Perspective