The mass funeral service held for the victims of the Owo church attack. 17 June 2022. DAILY TRUST.

On Friday, 17 June 2022, the Ondo State Government held a mass burial for the victims of the Owo Church Attack at the Mydas Resort and Hotel, Owo.

In the early hours of Sunday, 05 June 2022, members of the St Francis Catholic Church, Owo, Ondo State were attacked by suspected terrorists of the Islamic State West Africa Province (ISWAP). At least 40 people were killed, including four children. Another 74 were injured.

The Owo Massacre is one of Nigeria’s deadliest terrorist attacks in recent years. According to an eyewitness account, the gunmen, who disguised as worshippers, detonated explosives and afterwards shot sporadically at members of the church. 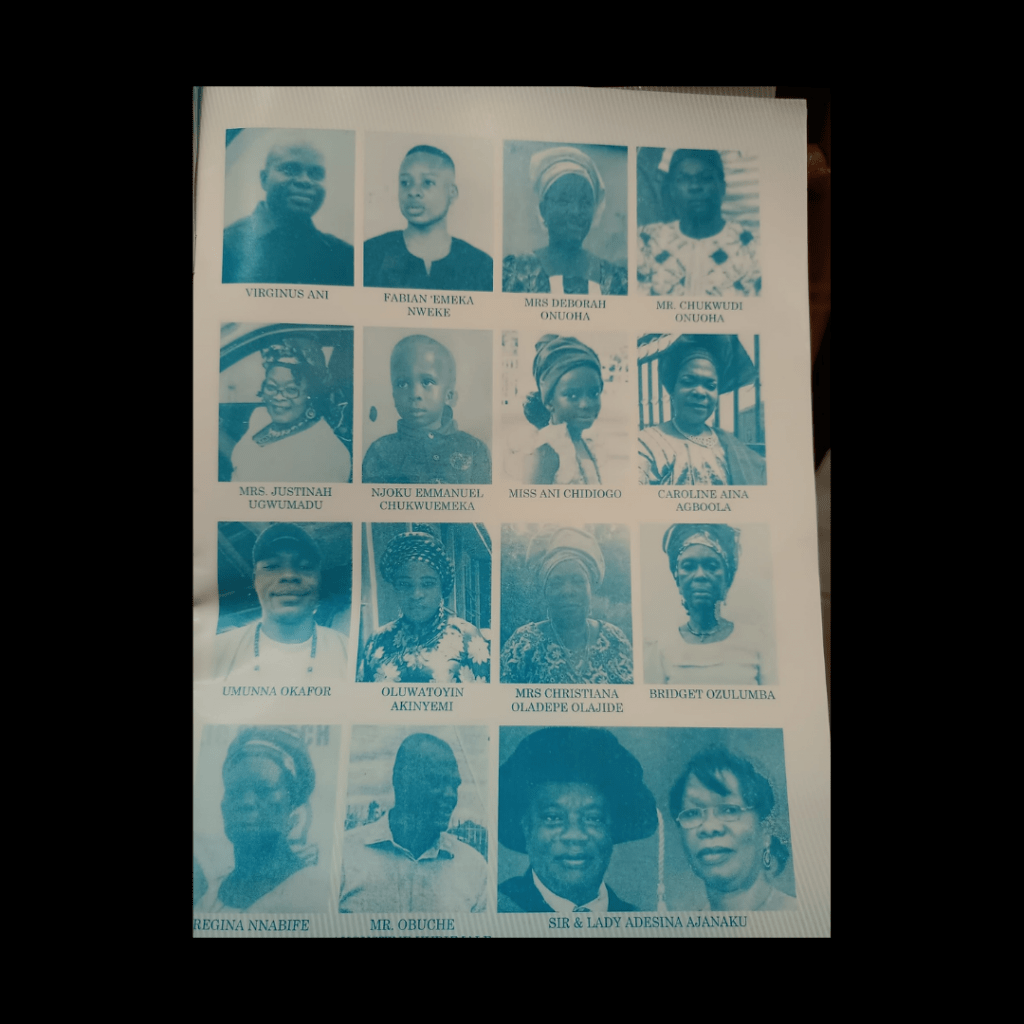 President Muhammadu Buhari, who expressed shock and sadness over the ‘heinous’ killing of the worshippers, said through a spokesperson that ‘only fiends from the nether region could have conceived and carried out such a dastardly act. Pope Francis who also commiserated with the victims and their families described the massacre as a ‘horrible attack’ and ‘an unspeakable act of violence.’

The Ondo State Government held a mass burial for the victims of the attack on Friday, 17 June 2022 at the Mydas Resort and Hotel, Owo. The state governor, Rotimi Akeredolu, acknowledged that the government had failed in its duty to protect the lives of the victims: ‘We have failed to defend these people. Not because we have not tried, but because these forces on the other side are evil and they have support. They will not triumph over us forever.’ 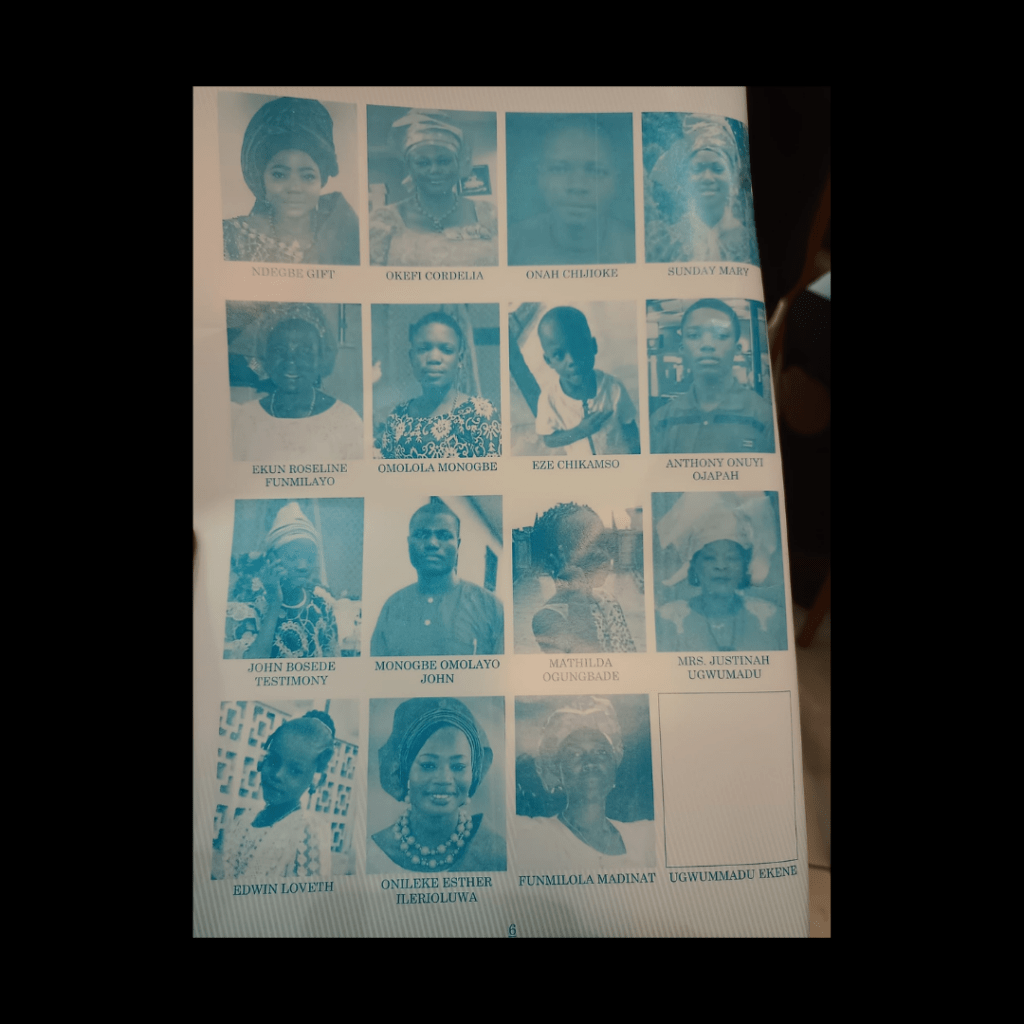 Relatives of the victims have blamed the government for not taking the security of lives and properties of the people seriously. Nwani Christopher, who lost his brother and a niece to the incident, described it as a serious blow to the family. He said, ‘I lost somebody who is very dear to me, a senior brother with his daughter, a promising child that we were hoping would grow to be a person the family will depend on. It was a tragic event on June 5, that somebody went to church and never came back.’

Another relative of one of the victims, Mrs Helen Ifeanyi, who lost a brother-in-law, appealed for more effective security. She said, ‘Government should provide security at the state level. If there was security on that day, the damage would not be this much. They (security agents) would have stopped them (the gunmen) but on that day, they just had a field day and they went scot-free. We are seriously devastated.’

Banditry and terrorism have been on the rise in Nigeria in recent years. Armed bandit groups have killed more than 2,600 civilians in 2021, an increase of over 250 per cent compared with 2020.

Security agencies across the country are yet to arrest or officially charge anyone for the Owo church killings. Although the federal government has blamed ISWAP for the attack, the assailants have not been found or brought to justice.

The names and photos of the victims of the killings were released by Ondo State Commissioner Bamidele Ademola Olateju.