What is #EndSARS? 4 Things To Know About Nigeria's Movement To End Police Brutality.

On Saturday, 3 October, a video of Special Anti-Robbery Squad (SARS) officers dragging two men out of a hotel and shooting one of them surfaced on the internet and was immediately followed by outrage from the #EndSARS movement.

1. Founded in 1992, SARS is a tactical police unit created to combat cases of armed robbery, kidnapping and other violent crimes. But SARS has changed over the years into an oppressive force, abusing the human rights of Nigerians, especially the youths. Heavily-armed SARS officers now move around in mufti, intimidating the people they should be protecting. 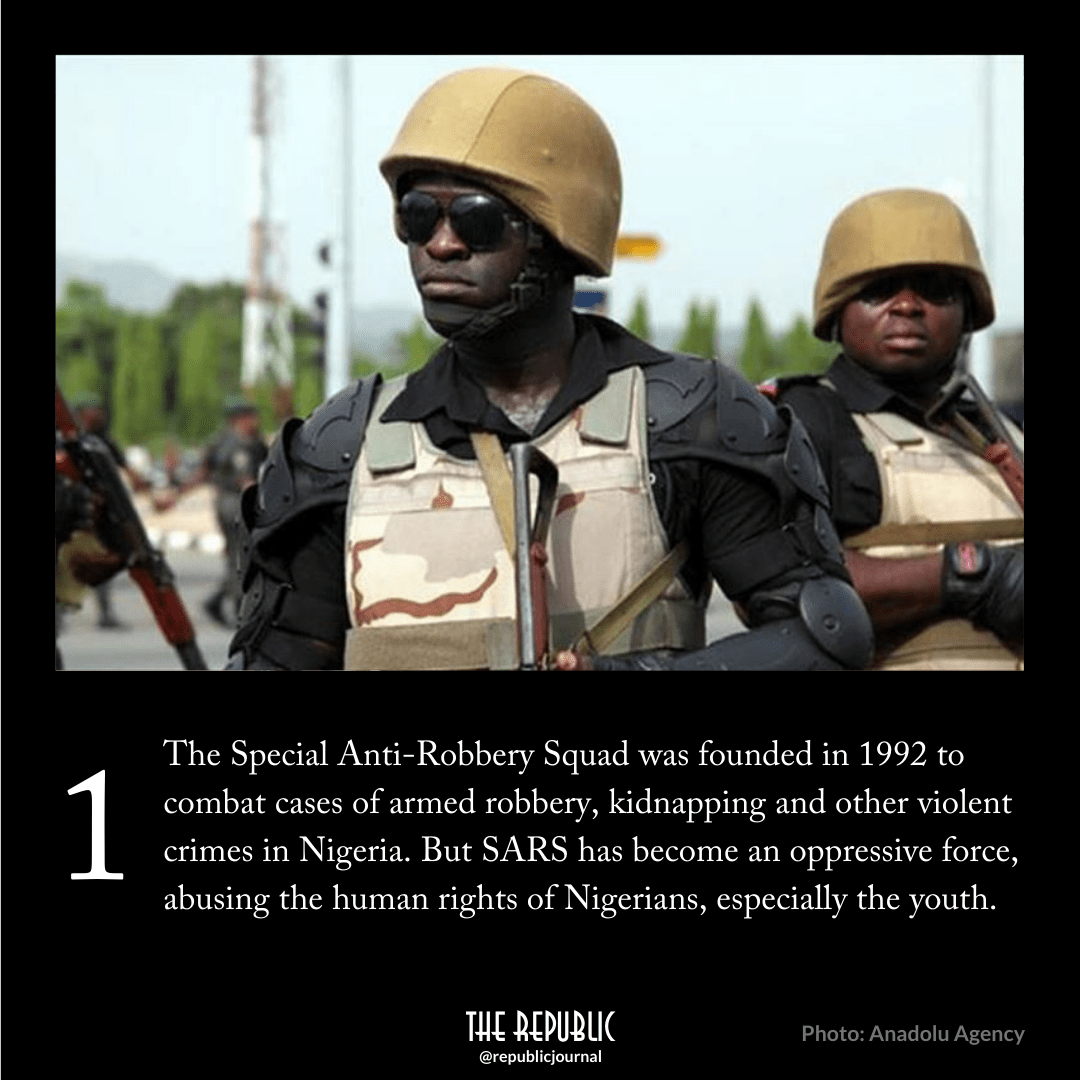 2. SARS has been banned and reorganized multiple times in the past but its culture of oppression and human rights abuse has remained. As early as 2017, Nigerians began to organize against police brutality under the #EndSARS movement. #EndSARS has evolved over time and Nigerians, including celebrities and prominent figures, are currently protesting in the streets. 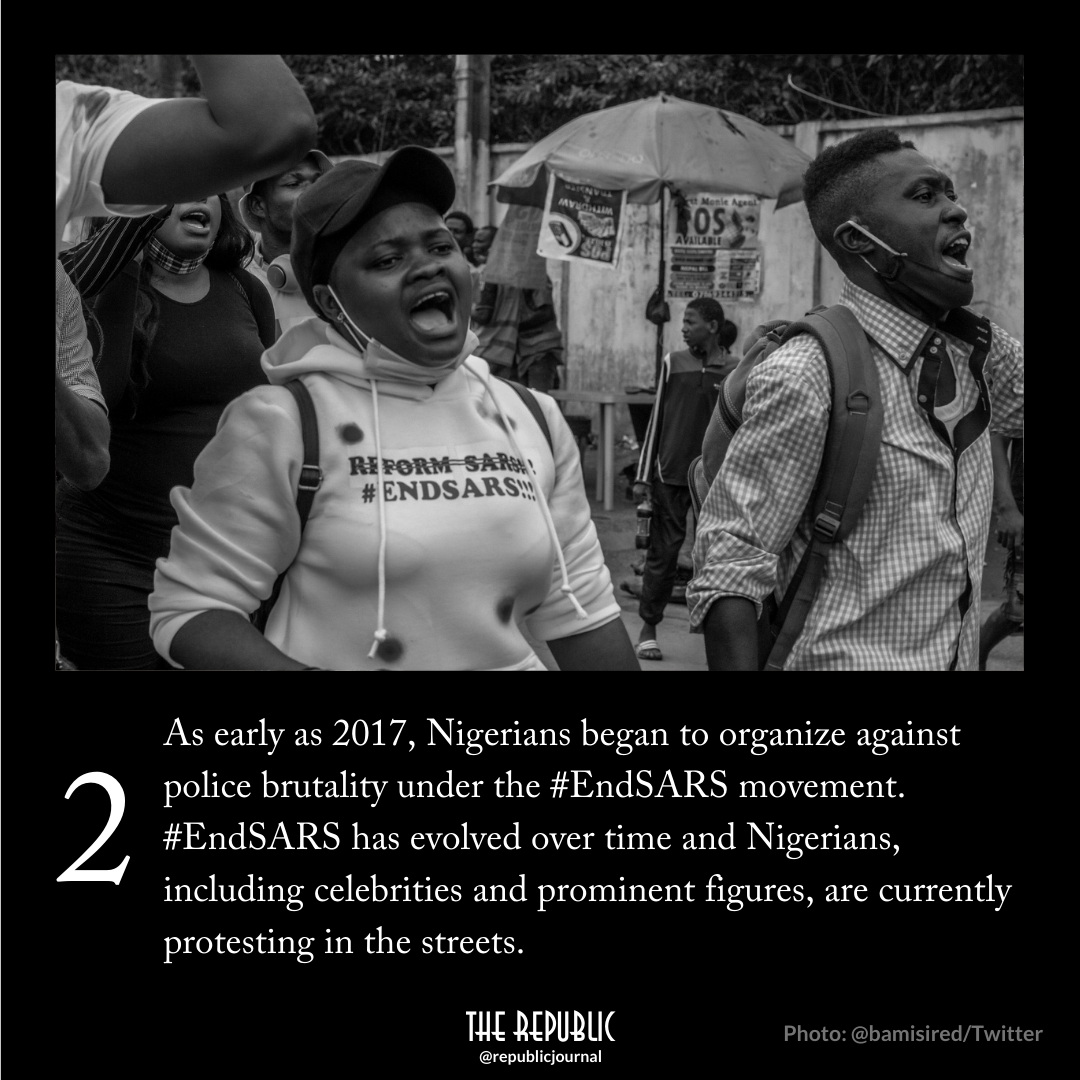 3. Citizens have been sharing their accounts of SARS’s brutality online and the #EndSARS movement is in full steam.

A thread of people that’s been allegedly killed by SARS & police in general. In no particular order.

He was a footballer that was pushed out of a moving SARS vehicle.

She was raped and murdered while in detention.

Yup. Days after my call to bar, I was assaulted by SARS. It was someone here whose father is in the army that rescued me and dealt with them. Someone I know and love wasn’t so lucky. They raped her. https://t.co/5w1tbvoOn2

However, on Friday, 09 October 2020, police spokesperson, Frank Mba, said on Channels TV that due to the government’s investment in the unit, disbanding SARS is not an option. 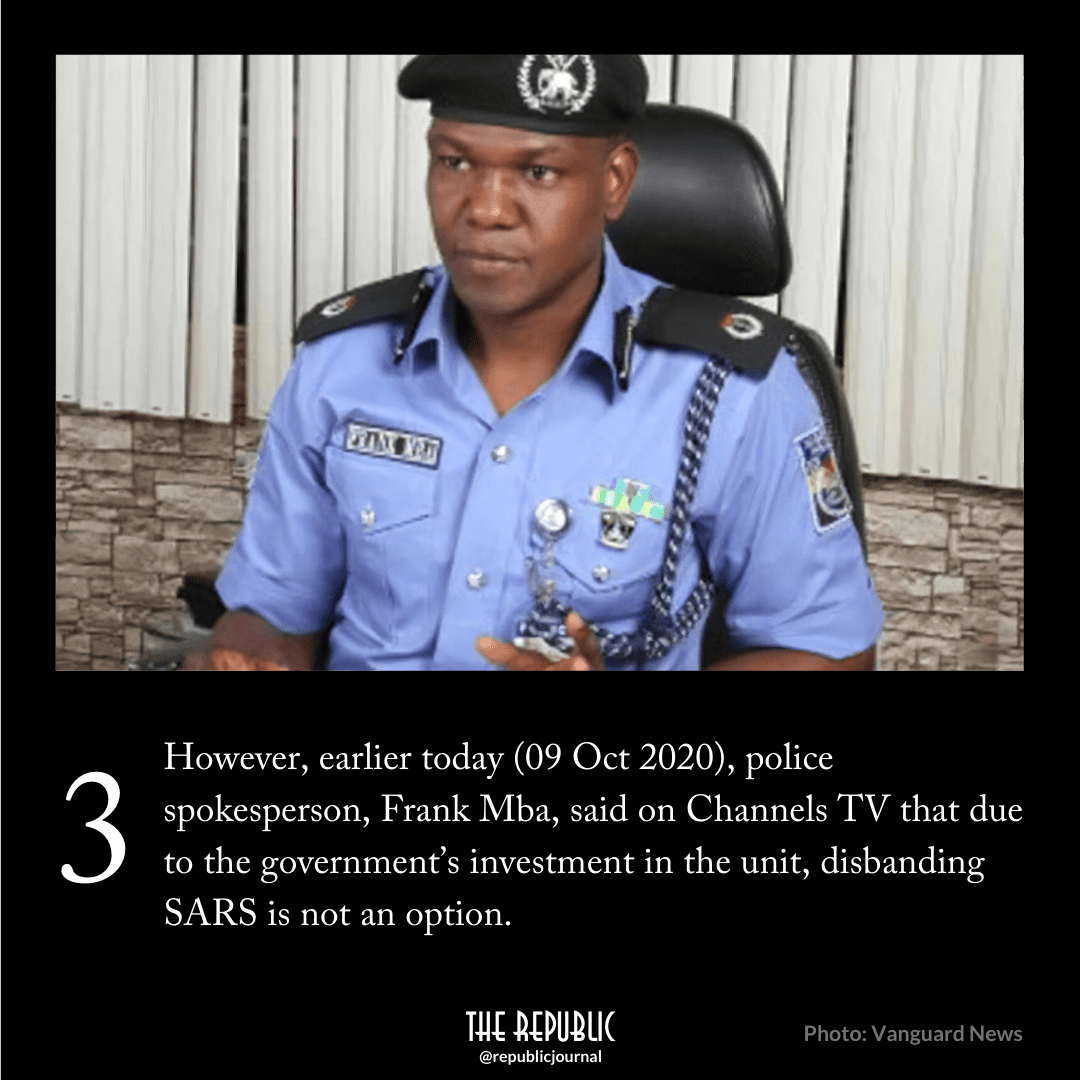 4. While there are no known connections to international movements, the #EndSARS movement is one of many growing calls worldwide for police reform and/or abolition. Similar calls have been made, for instance, in the US by the #BlackLivesMatter movement following the murders of African American citizens by US police⎈ 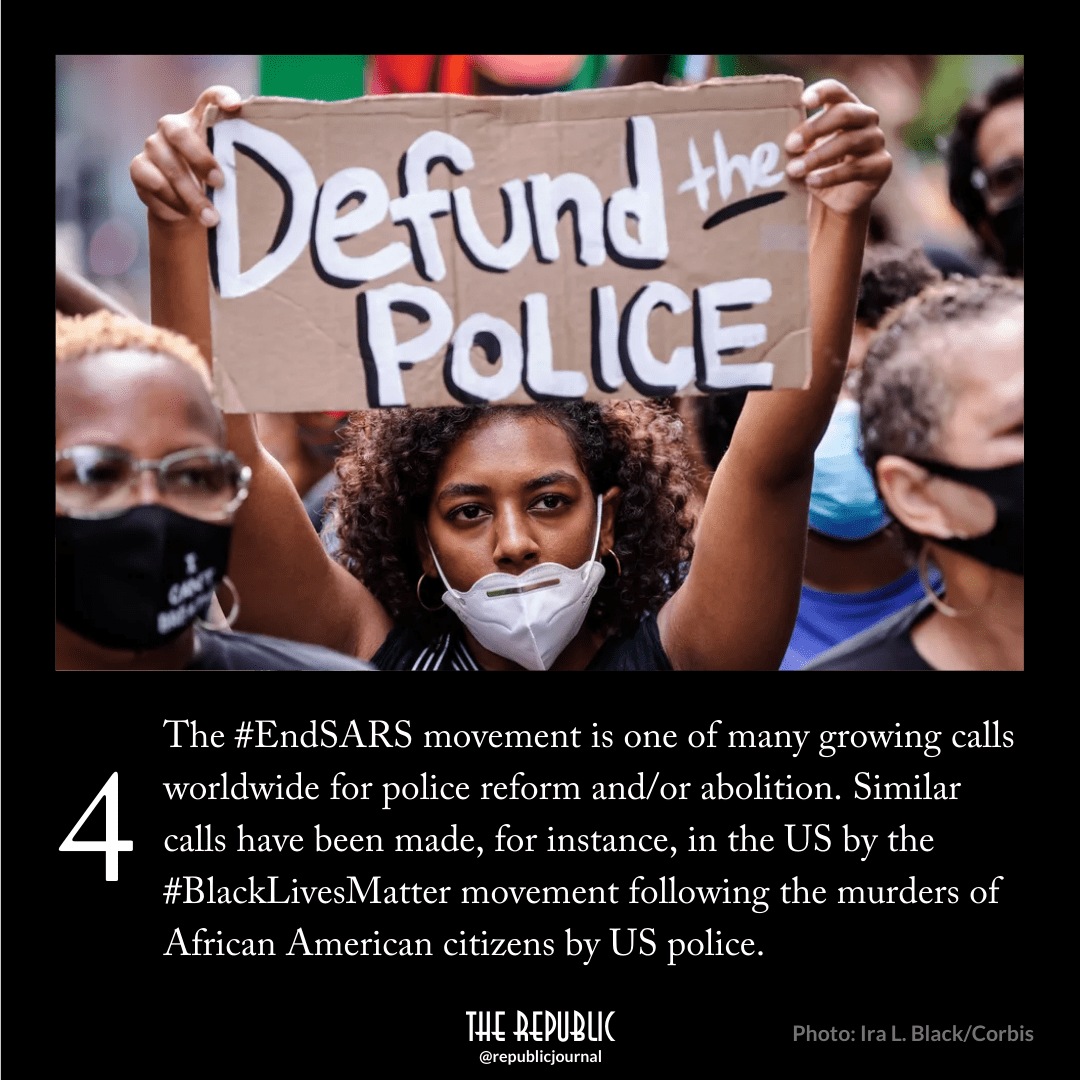