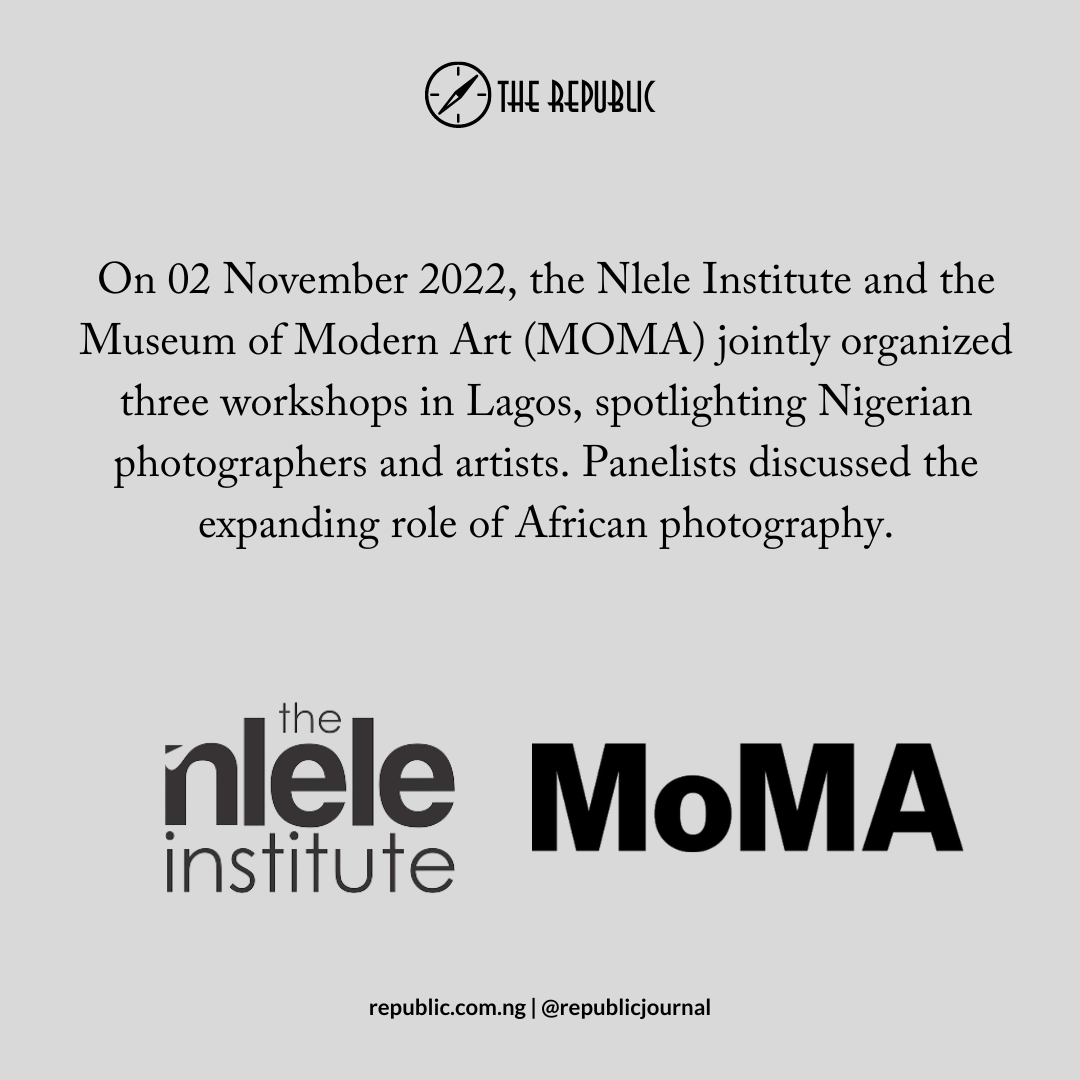 During this workshop, the role of photography as the ‘silent observer’ of society’s fringes became apparent. The role of a ‘silent observer’ being one that revolves around capturing the poetry of everyday life: the ordinary, the extraordinary and the taboo. Akinbiyi, who has been photographing for over 40 years, explained that photographing ‘everydayness’ is about trying to understand oneself and how we as human beings, navigate the spaces of everyday life. 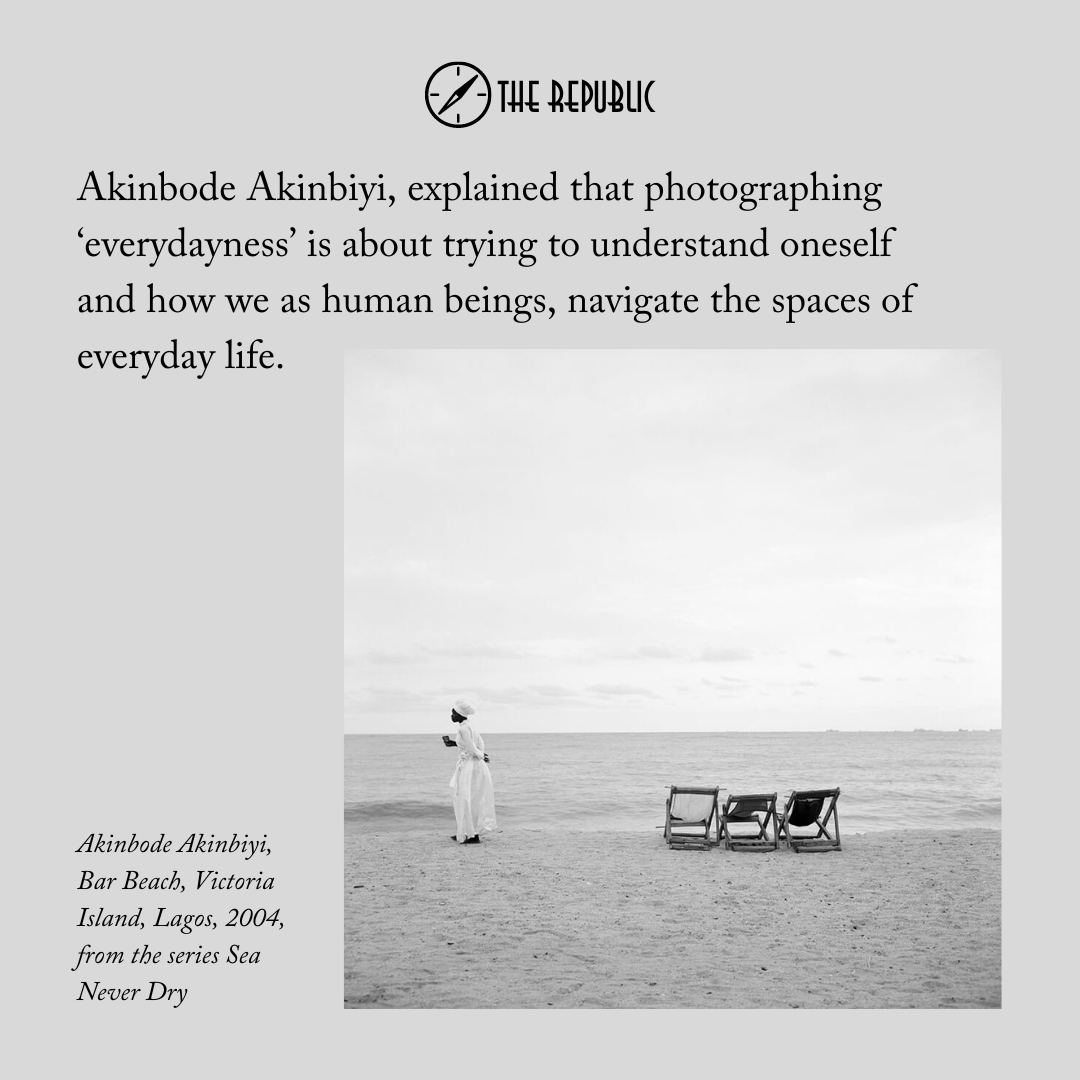 In a similar vein, Oluwamuyiwa, whose portfolio includes ariel-view, street photography, noted that this perspective allows him to ‘poetically play God’. For Olamuyiwa, the birds–eye view lends to observing the ‘looming dangers’ that Nigerians face in the form of, for instance, health issues and governmental issues. Here, photography takes on an anthropomorphic role of an observer, and in its silence and stillness, tells us about our shared human condition. 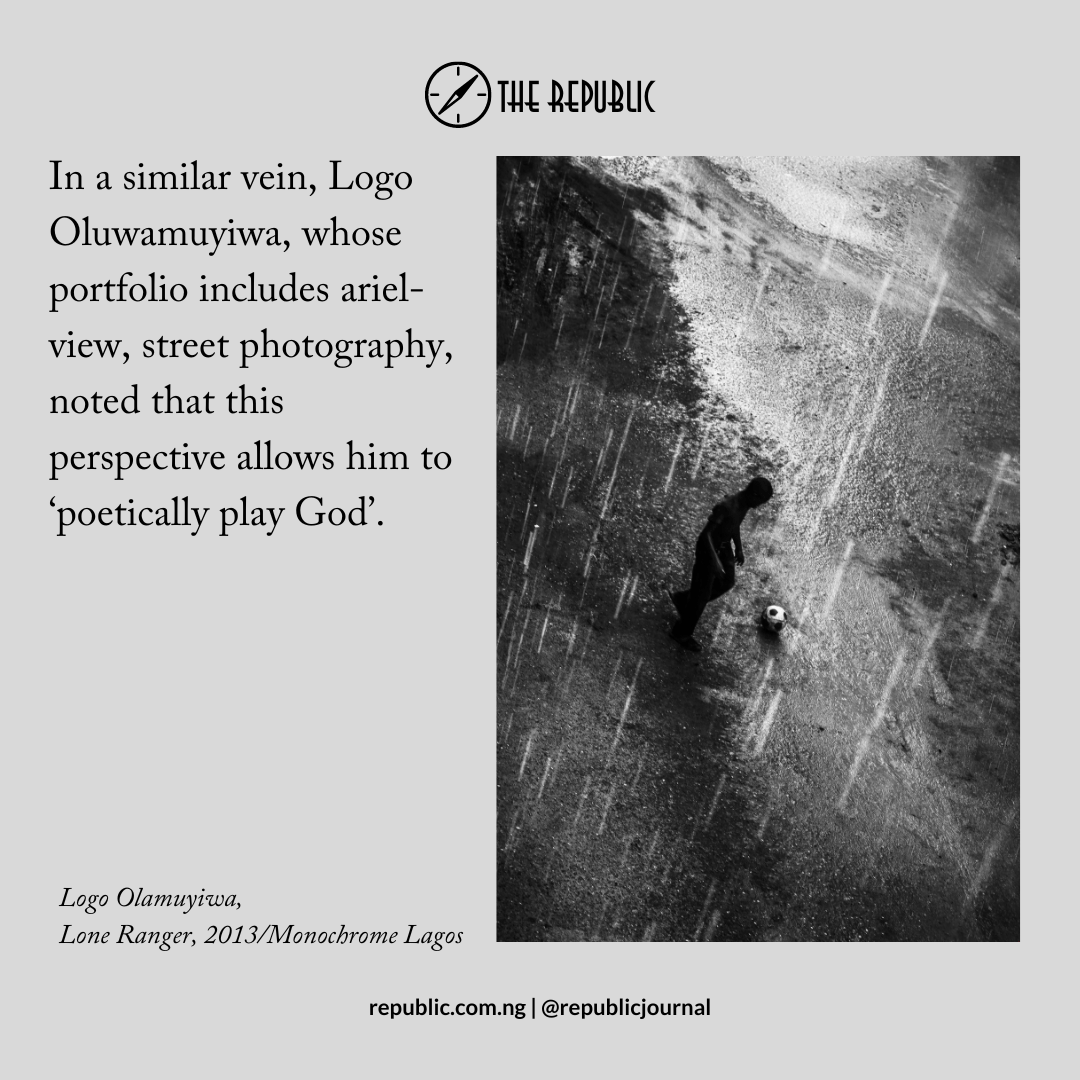 Across Nigeria and in cities like Lagos especially, disturbing or graphic events are not uncommon, but as images they tend to be unpopular among viewers. To create artistic work, Akinbiyi explained, however, ‘you have to be subversive.’ Sometimes, that subversion requires engaging with the unpopular. An example of this came from Ohiri, who shared the experience of his first time seeing a corpse. He photographed the body, which had already begun to decompose. He wanted to document death, but this approach was frowned upon by his family members who thought he was ‘weird’. ‘They just didn’t understand,’ he said.

The subject might be curious but documentation, archive-building, is the ultimate goal. Ohiri shared his concerns, for instance, about the lack of negatives in Lagos photography studios. The gap in the industry informed his decision to embark on his ongoing project, ‘The Archive of Becoming’. Finding that many studios he visited in Lagos had either burned or failed to preserve their negatives adequately, ‘I became really concerned that this rich cultural history was going to be erased,’ Ohiri said.

The second workshop, ‘Critical Workshop | Artist’s Session: Photographic Undercurrents’, explored the role of photography as a ‘time machine’. Featuring photographers, Amanda Iheme, Abraham Oghobase, and Kelani Abass, with MOMA curator, Oluremi C. Onabanjo, moderating, this workshop revolved around time and its relationship with photographs; the idea that photography allows current generations a window into the past and will allow future generations a window into what is currently our present. 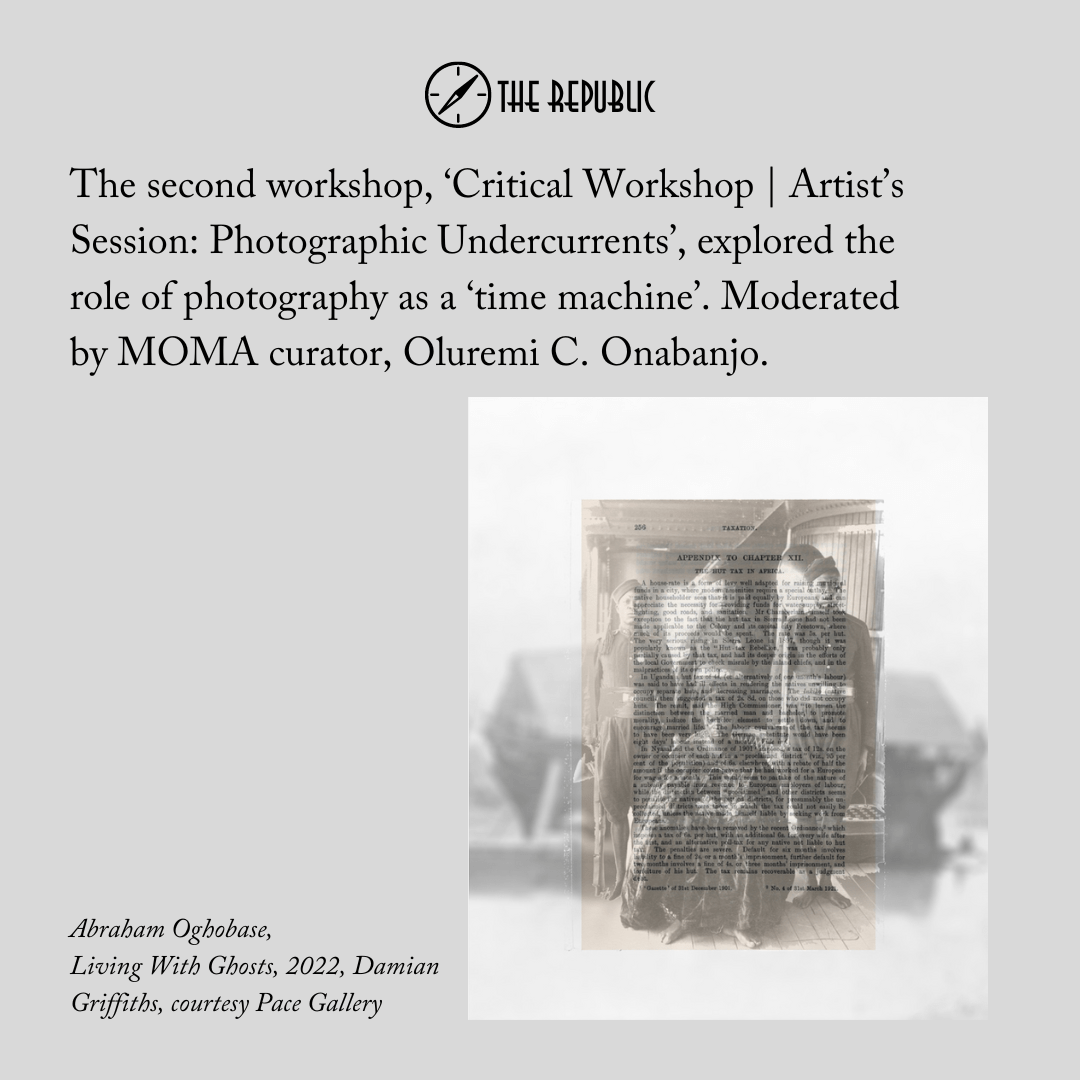 Oghobase explained his decision to use the collaging technique in his work. He said the approach gave him the feeling of time ‘slowing down’ in the creation of his pieces, especially when engaging with certain materials. Abass equally noted that ‘photographs are the best medium to represent time.’

It was perhaps Iheme that brought the role of photography as a ‘time machine’ most to life. An architectural photographer, Iheme displayed her photographs of old colonial buildings in Lagos, some of which no longer exist. According to Iheme, the fact that people can no longer see these buildings physically, only increases the value of her photographs. One of her images was of what was once Casa De Fernandez, later renamed Ìlọ́jọ̀ Bar in Lagos Island. ‘A lot of my work as an architectural photographer is motivated by a desire to preserve,’ Iheme said. 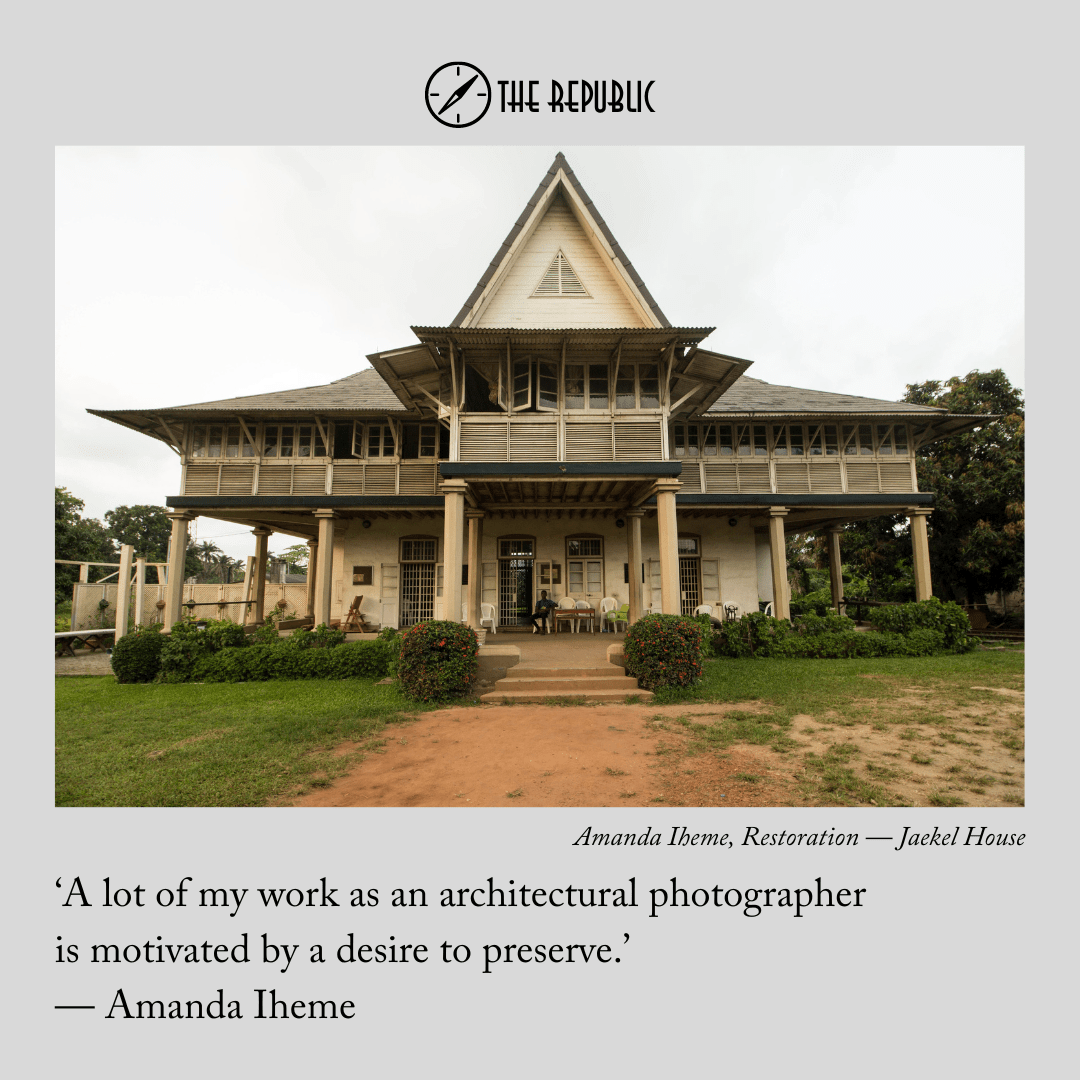 The third and final workshop, ‘Critical Workshop | Curatorial Session: The Substance of the Image’ highlighted role of art as a ‘culture custodian’, a means through which we can protect and promote [African] culture. The session was anchored by artists Victor Ehikhamenor and Temitayo Ogunbiyi, photographer Uche Okpa-Iroha, and MOMA curator Onabanjo, with art historian and MOMA administrator, Kunbi Oni, moderating.

Ogunbiyi’s exhibition of local vegetables showcased the biodiversity of Lagos—significant, because Nigeria is not often celebrated for its biodiversity. In his project, ‘The Plantation Boy’, Okpa-Iroha, created 40 stills of The Godfather, into all of which he superimposed himself. His way of using cinematic narratives to highlight and question the underrepresentation of Black people in Hollywood movies, as well as to draw attention to the practice of casting non-Nigerians to play Nigerians in blockbuster films. 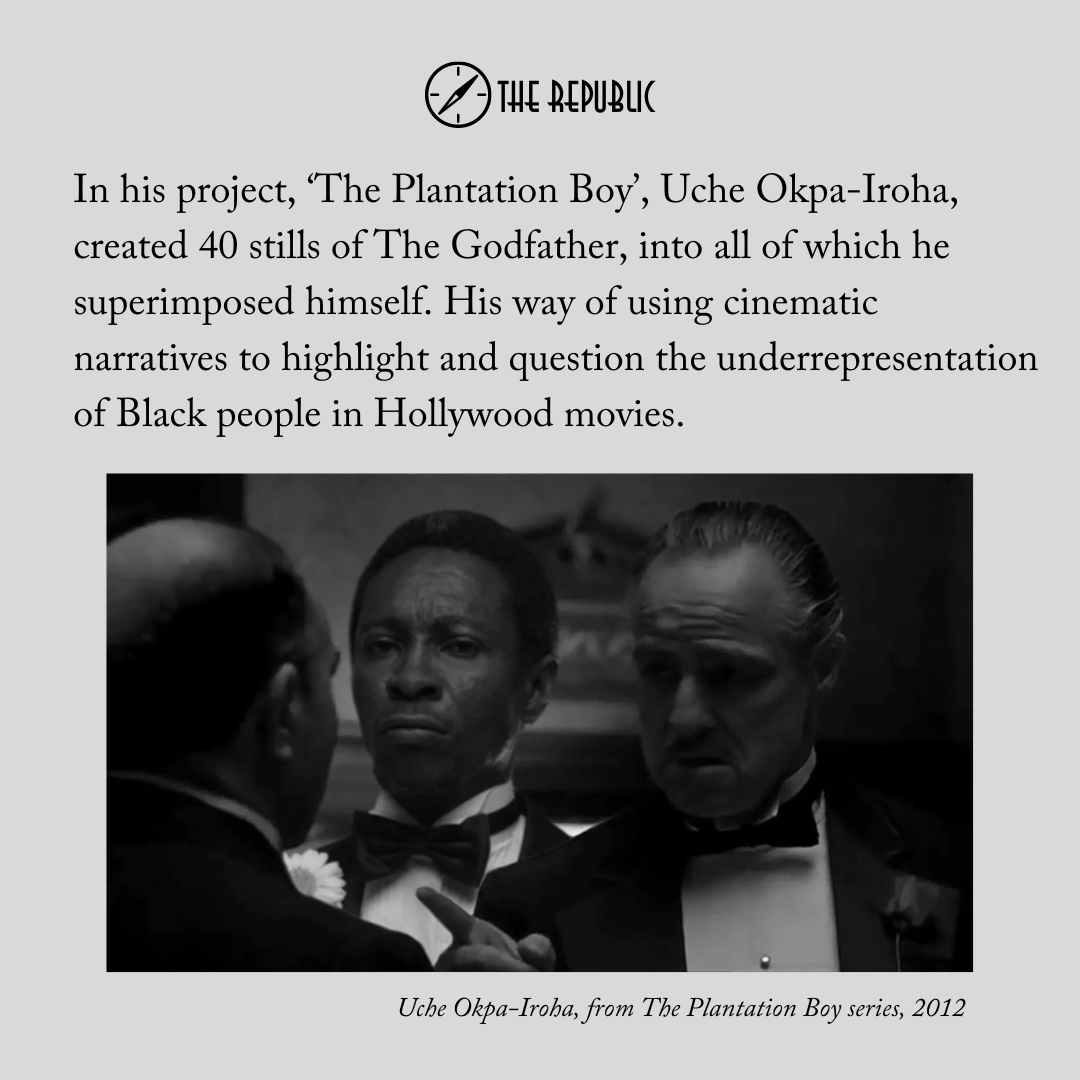 Ehikhamenor revealed that he had received pushback from Western curators for his recent series of works in which he uses rosary beads in combination with traditional figurines. Against this he asked, ‘what is the metric for demonizing and canonizing African art?’ For Ehikhamenor, one of the most important uses of his art is to promote Nigerian culture and history and to facilitate questions about it. Ehikhamenor also noted that artworks coming directly from Benin today, such as his own, are valued significantly less than the stolen Benin Bronzes, whose makers were never compensated for their work, or even given credit. 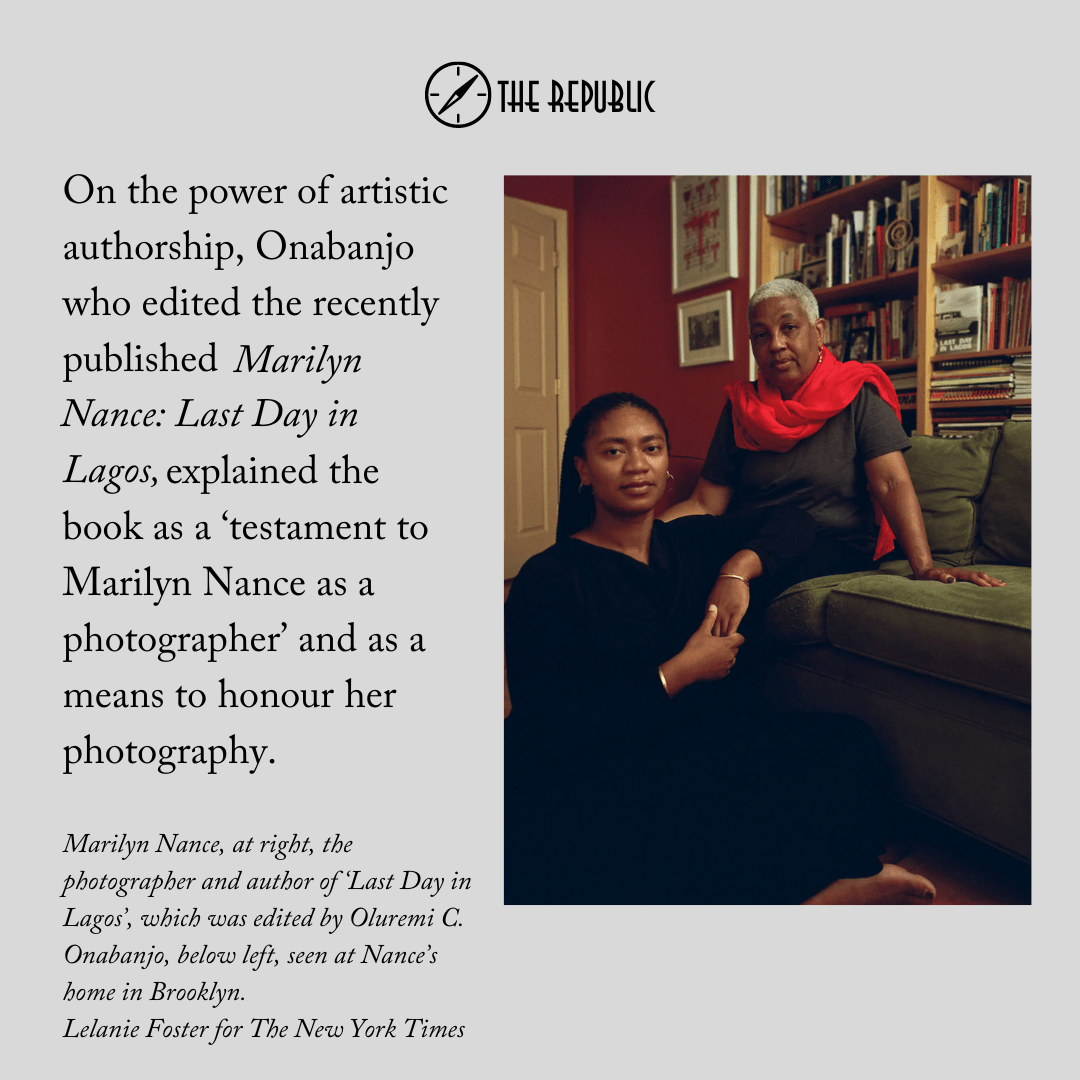 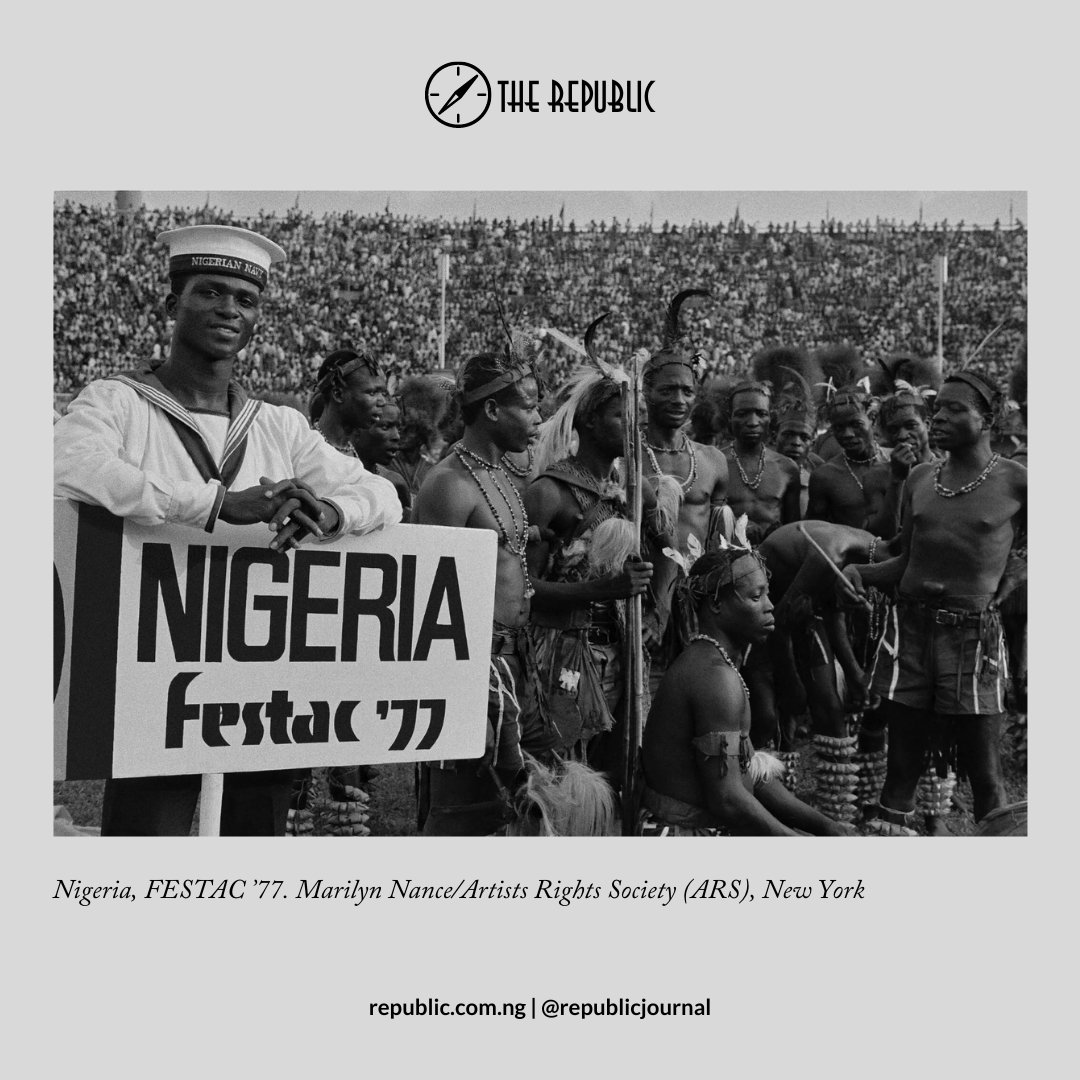