No Country for Mothers Women's Health in Northern Nigeria

Compared to a national female literacy rate of 51 per cent, in some northern states, literacy rates for women are as low as 5 per cent. Among women in the states of the North-East and the North-West, Literacy rates range between 7.2% and 55.7% compared to a range of 90.1% to 96.4% in the states that comprise Nigeria’s South-East, South-West, and South-South regions. The impact of such low levels of literacy and education among northern women on health outcomes for females in the region is both significant and negative.

As a result of low investment, Nigeria’s health system is less effective than other African countries’. From 2012 to 2015, Nigeria’s health budget consistently remained at around  6 per cent of the national budget; with a decrease to 4.64% in 2016. This is despite the government pledging to commit 15 per cent of the national budget to the health sector at the Abuja declaration in 2001. On the other hand, significant health and economic improvements have been achieved with modest investments by countries such as Rwanda, Malawi, and Botswana, which allocated 18 per cent, 17.1%, and 17.8% of their respective budgets to healthcare.

One of the consequences of  low investment in Nigeria’s public healthcare system is that, according to the World Bank, an estimated 900,000 Nigerian women and children die annually from mostly preventable causes. A recent study into maternal and child care in the North concluded that such dire health outcomes are further compounded by the fact that access to health care in many parts of the North is a challenge. The lack of adequate health services in Nigeria is chronic, coupled with healthcare facilities that lack basic essential medicines. Additionally, the shortage of skilled health workers in the North and the inaccessibility of healthcare facilities due to distance and poor road networks have consequences, particularly for women and children.

The low availability, accessibility, and affordability, of health services are not the only factors responsible for the poor health status of women and children in northern Nigeria. Many normative practices persist in the North that do not benefit the general well-being of women. For instance, as well as being dependent for financial assistance, many women will require the permission of their husbands, before they may be allowed to visit health clinics and facilities.

The prevalence of home deliveries and female genital mutilation, and low levels of education and awareness among women about their own health all contribute to the pervasiveness of poor health outcomes among women in northern Nigeria. High maternal mortality and low education levels further serve to trap women in low social and economic conditions, and limit their already restricted access to quality healthcare services. As a result, the North-East region of Nigeria has the highest maternal mortality rates in the country. Out of 100,000 live births, 1,549 mothers die in the North-East compared to 165 in the South-West.

Coupled with high rates of child and maternal mortality, northern Nigeria also boasts the highest fertility rates and teenage pregnancies in Nigeria. In the North-East and North-West regions respectively, approximately 32 per cent and 35 per cent of girls aged between 15 and 19 have started childbearing. These figures are to be compared with 8.2 per cent recorded in the South-West and South-East parts of the country.

One of the key reasons for this state of affairs is the lack of care available to girls before pregnancy, as well as the wide prevalence of low levels of education in some Northern states.

Additionally, access to prenatal and antenatal services are remarkably low in many parts of northern Nigeria. In fact, less than 50 per cent of women receive any antenatal care at all. Reported antenatal care coverage was as low as 41 per cent in North-Western Nigeria, 49 per cent in the North-East. Again, these figures are compared to 90 per cent and 91 per cent coverage in the South-West and South-East regions, respectively. 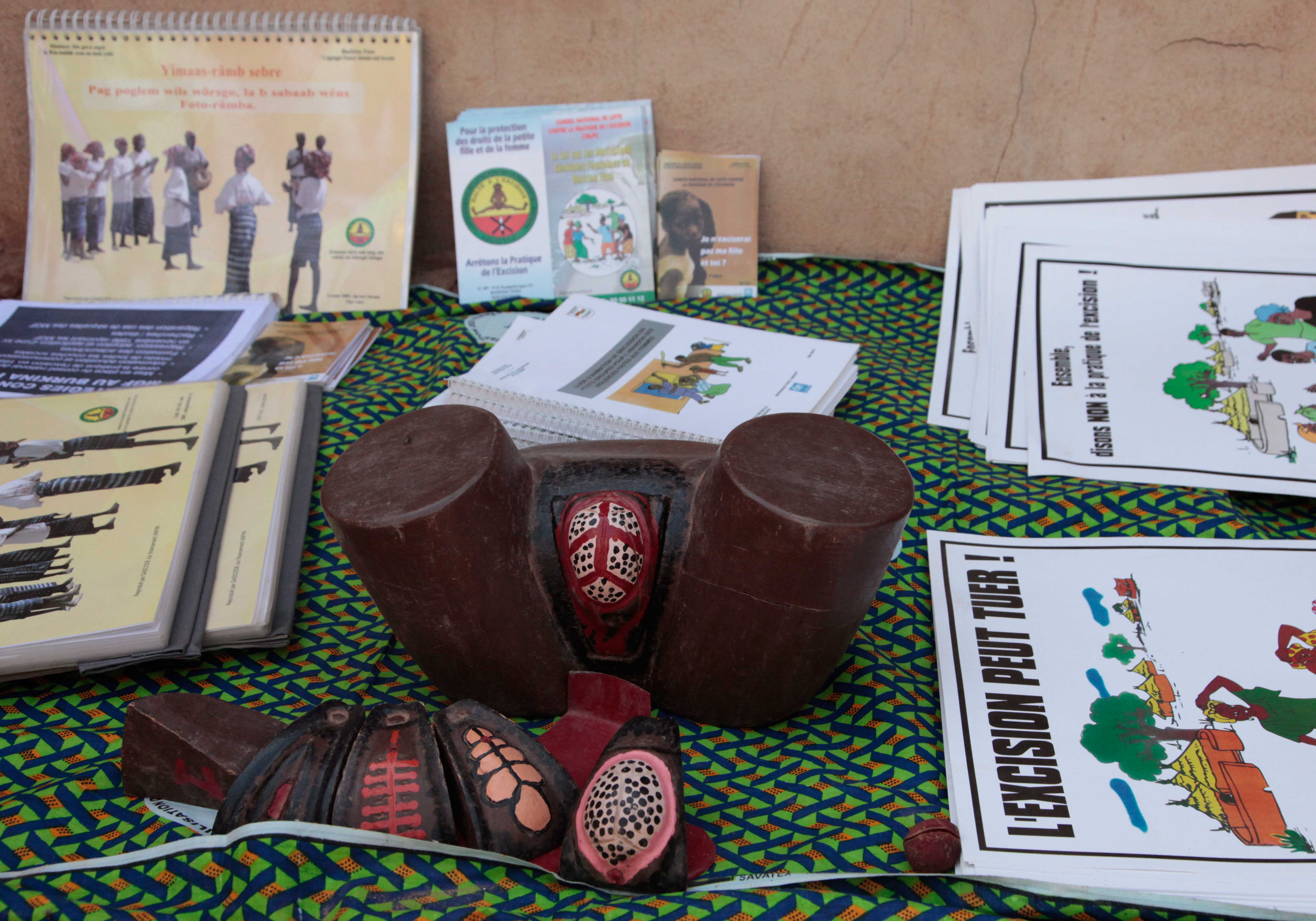 The state of women’s healthcare in northern Nigeria is dire, and not confined to general demographic issues of fertility and maternal mortality. The prevalence of specific gynaecological conditions like breast and cervical cancer, and Vesico Vaginal Fistula (VVF), is on the rise among women in northern Nigeria.

In Nigeria, cervical cancer is the leading cause of cancer-related deaths in women. It is second only to breast cancer as the most common cancer in Nigerian women. The increasing number of deaths from cancer is the result of a general lack of public awareness about the disease, as well as poverty. Coupled with the limited number of screening programmes that exist in Nigeria, the outcome is often late diagnosis of the disease after it has already spread to other organs and become un-treatable.

Vesico Vaginal Fistula or VVF—a complication arising from prolonged or obstructed labour that results in a hole between the bladder and vagina and leads to continuous involuntary discharge of urine into the vagina—is also commonplace in the North. Globally, over 20 million women are living with VVF, with 50,000 to 100,000 new reported cases annually. A recent study in the northern Nigerian state of Kano reported over 800 women seeking medical help presented with Vesico Vaginal Fistula within a year (between October 2011 and September 2012).

While incidents of VVF and cervical cancer are increasing, partially as a result of early marriage in girls between the ages of 12 and 18 years, most cases are due to poverty, illiteracy, and poor obstetric services. In an ideal scenario, finding a cure to these diseases is the ultimate goal both in the global and the Nigerian medical communities.

Recent figures reveal that 27 per cent of women in Nigeria aged between 15 and 49 have undergone some form of FGM, also know as ‘cutting’. Despite the fact that Nigeria is subject to the 2015 Violence against Persons Prohibition Act, FGM is still widely practised.

The Population Commission’s study found that the practice of FGM varies with levels of education and socio-economic status. Unsurprisingly, those with higher levels of education and higher socio-economic status are also the least likely to believe that FGM is inspired by their religious beliefs. What is clear is the necessity of outreach programmes, to provide basic education on the problem of FGM; particularly where rural populations that still practice female genital mutilation are concerned.

But besides the fact that urgent attention is now needed to address the issues of poor and under-utilized healthcare facilities, poor access to minimally existing medical services is further compounded by social, normative, and economic factors that include—but are not limited to—dimensions of gender inequality in many areas of the North.

In terms of employment, generally older women are more likely to be employed than younger ones.  Also, more than 85 per cent of married women in northern Nigeria reported having less income than their husbands; with only 7 per cent reporting earning more in the North-East region.

A holistic approach to solving the problems of female-orientated healthcare in northern Nigeria cannot, and should not, ignore these facts.

An improvement in the quality of life of women in northern Nigeria is urgent and achievable. Swift infrastructural development including the building of passable roads, as well as safe and accessible water sources, is absolutely essential.

Interventions by both public sector policy makers and development partners should be designed and implemented with due consideration given to the socio-cultural norms and beliefs that are prevalent in northern parts of Nigeria. These will be successfully implemented when done in collaboration with the relevant religious and community stakeholders. The education of males, and figures of authority in northern communities about the importance and impact on the whole society of female health is also vital. The wide-ranging problem of low education levels must also be urgently addressed⎈

This essay was originally published on Political Matter and has been edited in accordance with The Republic’s style guide.