Folayegbe Akintunde-Ighodalo wrote extensively on a variety of women’s issues, including marriages not being a barrier for women who wanted to work full-time.

Felicia Folayegbe Mosunmola Idowu Akintunde-Ighodalo was a pioneering Nigerian feminist, activist, and civil servant. In 1968, in Nigeria’s Western Region, she became the permanent secretary of Home Affairs and Information. This made her the first Nigerian woman to hold the position.

Akintunde-Ighodalo was born on 17 December 1923 in Okeigbo, Ondo State, to Benjamin Olojomo Akintunde, a cocoa farmer, and Sarah Akintunde. Akintunde-Ighodalo was educated at CMS Grammar School and in 1938, she gained a scholarship to study at Queen’s College, Lagos. After passing the Cambridge Senior Certificate Examination in 1941, She taught at Methodist Girls’ High School, Lagos from 1943 to 1948. In 1949, she received a government scholarship to obtain a diploma in teaching from the Institute of Education, University of London.

While in London, Akintunde-Ighodalo—whose dream was always to have a degree in Economics—sponsored herself through school by working during vacations. Later she received a scholarship from the British colonial government. As a university student, she was involved in campus politics, rising to the position of vice president of the West African Student Union, University of London, and founding president of the Nigerian Women’s League of Great Britain in 1953. Her new position took her to British political party conferences where she made new connections and met Margaret Ekpo and Comfort Tanimowo Ogunlesi—two Nigerian women’s rights activists and nationalists—on different occasions when they visited London to help negotiate Nigeria’s new constitution. 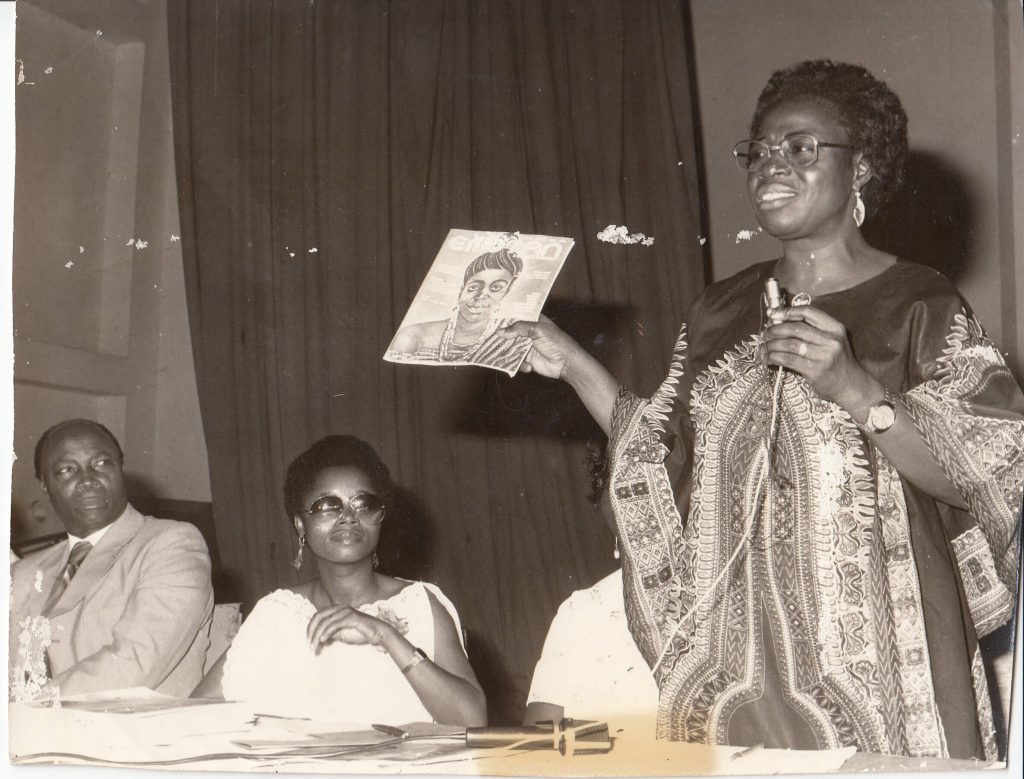 Akintunde-Ighodalo obtained her degree in Economics in June 1954. In the same year, she got married to an accountant, Aghedo Ighodalo and had her first child. She returned to Nigeria shortly after and joined the Western Nigeria Civil Service. Akintunde-Ighodalo’s job in the civil service entailed participating in mapping efforts for public service in northern Nigeria. In 1968, she was appointed permanent secretary of Home Affairs and Information—becoming the first Nigerian woman to become a permanent secretary, though only at the regional level.

According to Olatunji Ojo, associate professor of history at Brock University, despite the fact that Akintunde-Ighodalo was in one of the greatest jobs and held a high rank for a woman at the time, ‘racism and gender discrimination continued and indeed haunted her throughout her career.’ After her retirement in 1976, Akintunde-Ighodalo started a poultry farming business and wrote extensively on a variety of women’s issues, including marriages not being a barrier for women who wanted to work full-time.

Akintunde-Ighodalo was a heavy critic of the Nigerian government and pushed for more women leaders in government. She was involved in many cultural clubs and women’s organizations throughout her life. She once served as a director of Nigerian Airways. On 14 February 2005, Akintunde-Ighodalo died at the University College Hospital, Ibadan. She was 81⎈

Here are some Republic articles and interviews to read inspired by Folayegbe Akintunde-Ighodalo and pioneering Nigerian women: