Taiwo Lijadu and Kehinde Lijadu in performance at the Brooklyn Academy of Music in 2014. The Lijadu Sisters

Who Were the Lijadu Sisters?

The Lijadu Sisters gained popularity in the 1970s Nigerian pop music scene. Although they faced certain struggles in Nigeria as young women artists, they were always outspoken about women equality.

Identical twins, Taiwo and Kehinde Lijadu were mainly active as the Lijadu Sisters from the 1960s to the 1980s—a time when it was rare to find front-women in Nigeria’s pop music scene. Second cousins to Afrobeat pioneer, Fela Anikulapo-Kuti, and Nobel Laureate, Wole Soyinka, the Lijadu Sisters who gained popularity in Nigeria in the 1970s, were outspoken about gender equality and often addressed political unrest in Nigeria in their music.

The twins were born on 22 October 1948 in Jos but grew up in Ibadan. They started singing together at the age of 10, drawing inspiration from the Western jazz, rock and soul records bought for them by their mother, Adelaide Efunyemi Lijadu. Early on they sang as backup vocalists before releasing their first single in 1968 called ‘Iya Mi Jowo’. In 1969, they signed a contract with Decca Records. 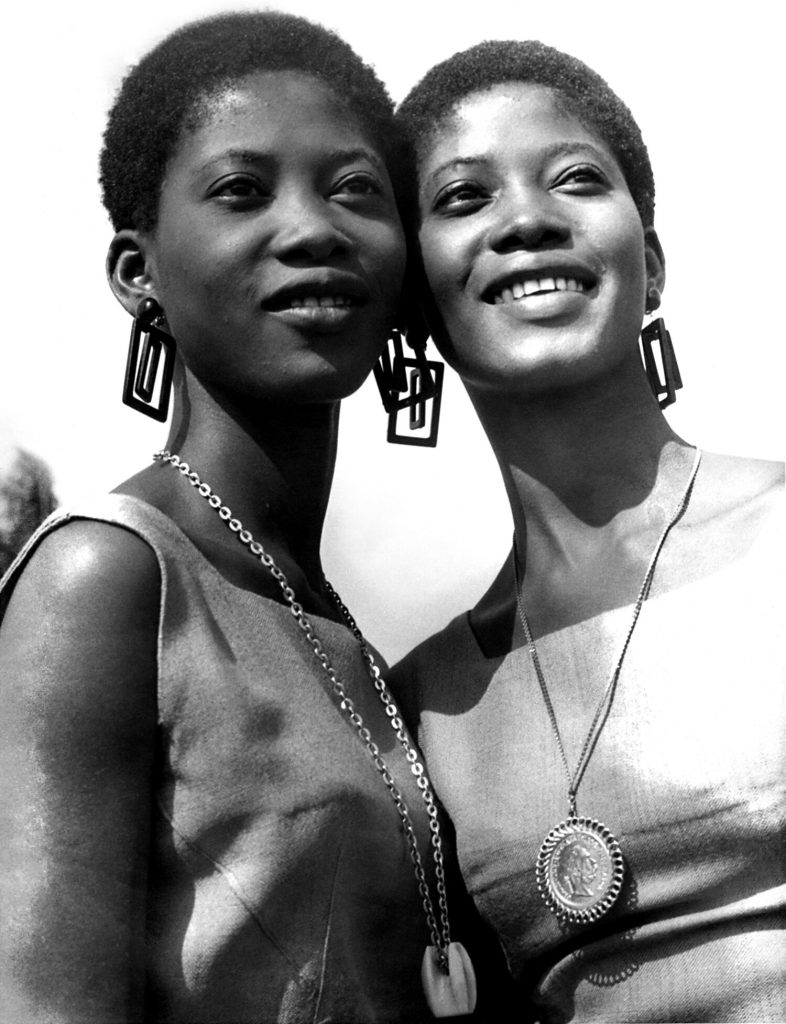 The Lijadu Sisters at the National Stadium, Lagos. 1970. © PADE ALADI.

In the 1980s, the sisters moved to New York where they performed in various venues including the lower Manhattan club, Wetlands, and in Harlem with King Sunny Adé. By the mid-1980s, the sisters’ experience of the record music business had them feeling exploited so they parted ways with their record label. Despite African music gaining recognition in the West, their music remained largely unheard. According to the sisters, in 2006, American rapper, Nas, sampled their song, ‘Life’s Gone Down Low’ and did not credit them. 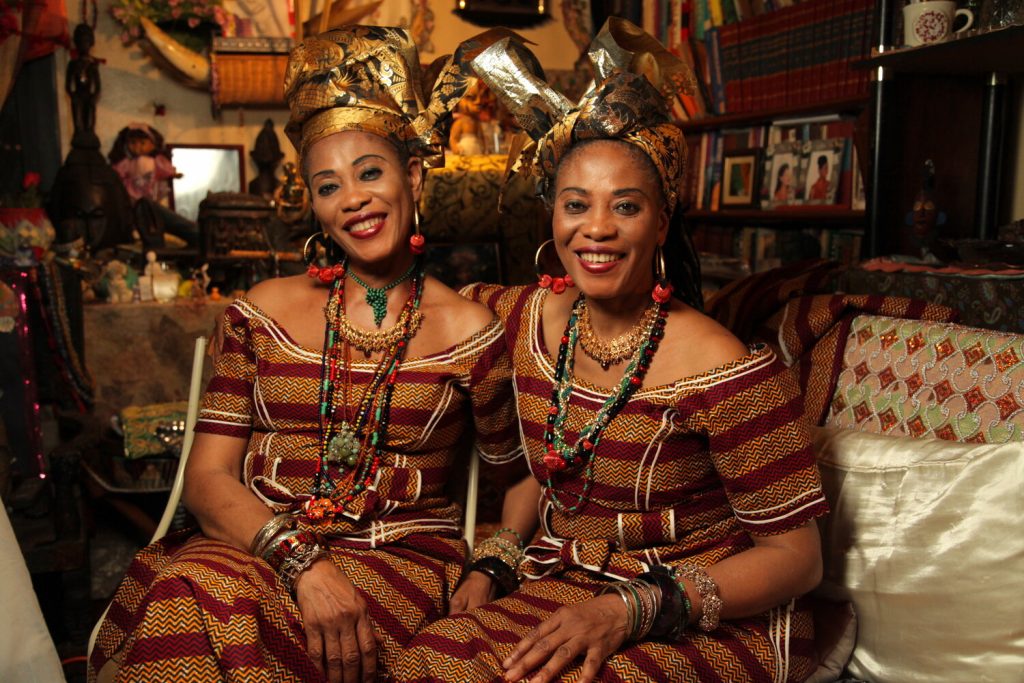 In 1996, Kehinde suffered severe spinal injuries after falling down a flight of stairs. Her recovery was long and in the years that followed, the sisters stayed out of the public eye completely, turning down all interviews and other press requests. After almost 20 years of leaving their record label and rejecting many others who wanted to reissue their work, the Lijadu Sisters finally signed with Knitting Factory Records, who re-released all four of their classic 1970s albums.

Speaking to The Guardian in 2014, Taiwo and Kehinde Lijadu revisited the struggles they faced in their music career while in 1970s Nigeria. ‘After we made our record, we tried to find a way of having our own band… but at the time we had a lot of obstacles from men.’ The Lijadu Sisters said. ‘They [men] would tell us that we were not coming here to stay. Now those people acknowledge that they were scared of us because we were very independent.’ 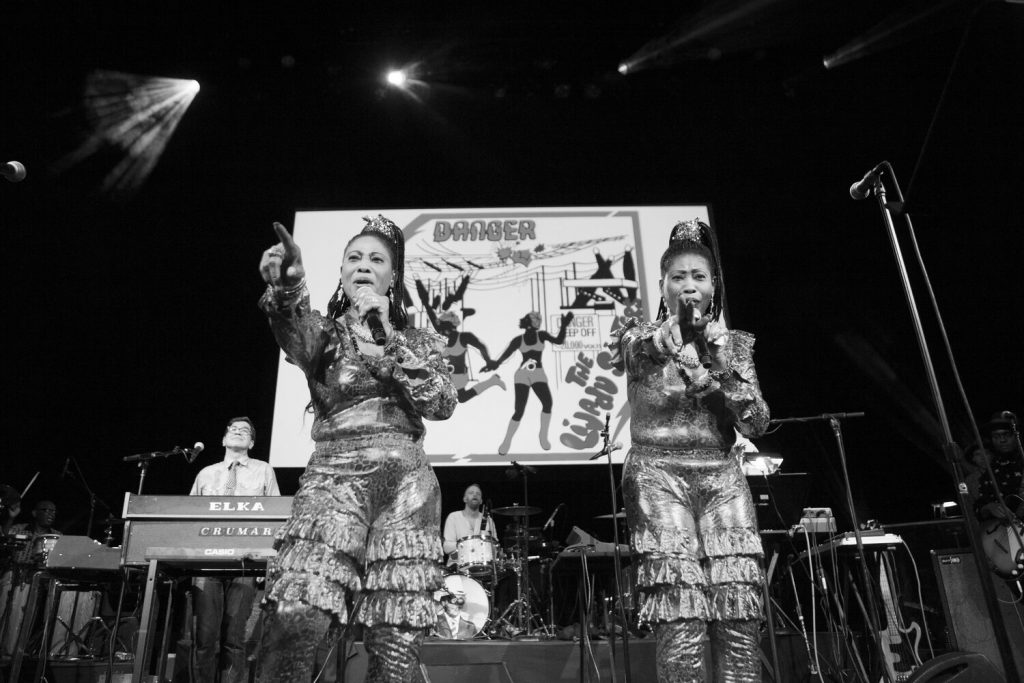 Taiwo Lijadu and Kehinde Lijadu in performance at the Brooklyn Academy of Music in 2014. © The Lijadu Sisters.

On 1 April 2014, the sisters appeared live at an all-star tribute for Nigerian musician, William Onyeabor, at the Barbican Centre in London. They also performed on The Tonight Show Starring Jimmy Fallon in May 2014. The twins were known to practise the Yoruba Ifá religion and explore herbal medicine.

Here are some Republic articles and interviews to read inspired by the Lijadu Sisters and pioneering Nigerian women: