Atiku Abubakar declares in a speech his interest to run for the Nigerian presidency. March 2022. KASHOPE FAJE.

Atiku Abubakar’s presidential policy is summarized into a five-point development agenda which seeks to restore Nigeria’s unity through equity, social justice, and cooperation.

On Saturday 28 May 2022, former vice president of Nigeria, Atiku Abubakar, was announced the winner of the PDP presidential primary election. Atiku won 371 PDP delegate votes, ahead of governor of Rivers State, Nyesom Wike, who had 237 and former senate president, Bukola Saraki, with 70 votes.

Other members of the party who participated in the presidential primaries include: Governor Udom Emmanuel of Akwa Ibom (38 votes); Governor Bala Mohammed of Bauchi (20 votes); former secretary to the government of the federation, Anyim Pius Anyim, (14 votes); the party’s only female presidential aspirant, Oliver Teriela Diana (1 vote), and Nigerian pharmacist, Samuel Ohuabumwa, (1 vote). 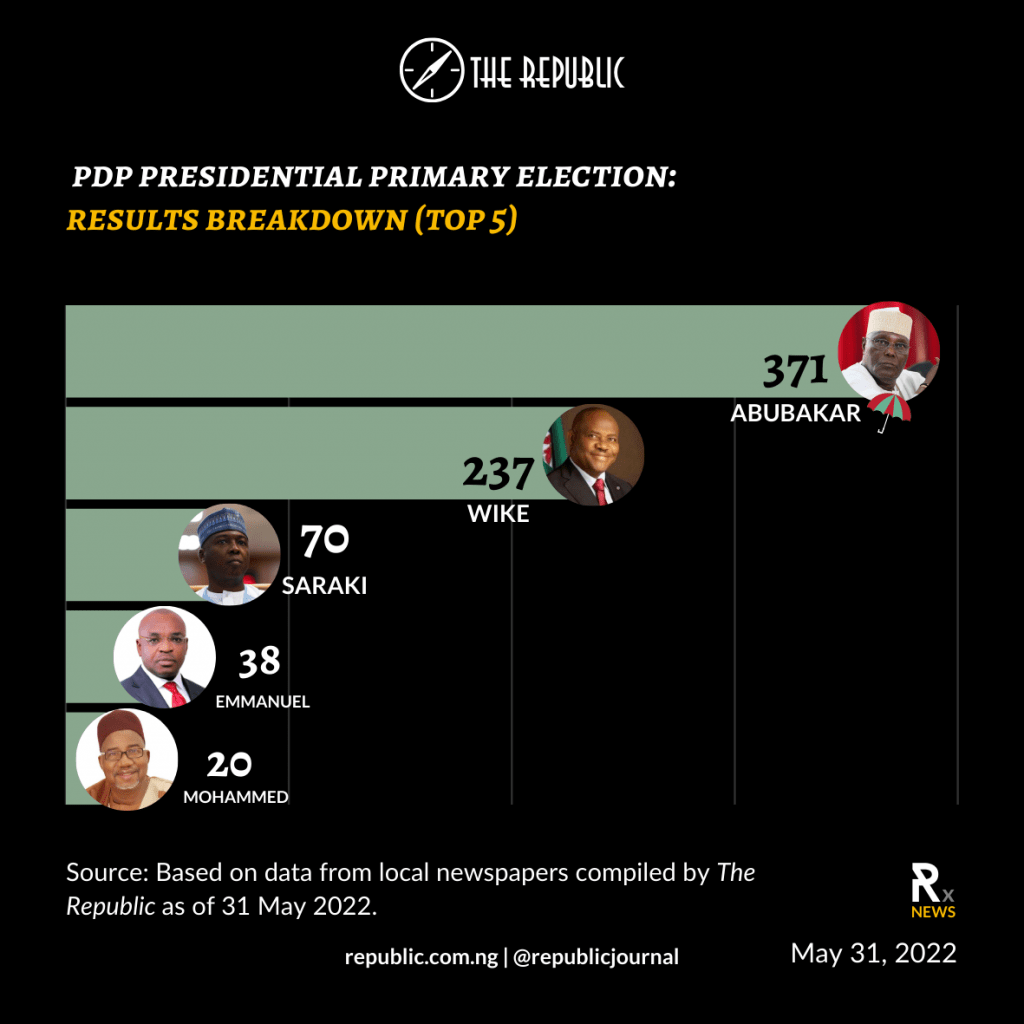 Abubakar, was the vice president of Nigeria during the Obasanjo administration, from 1999 to 2007. According to Premium Times, he is considering choosing either Governor Ifeanyi Okowa of Delta State or Governor Udom Emmanuel of Akwa Ibom State as his running mate.

In his 2023 presidential manifesto, ‘My Covenant with Nigerians’ which he published on 25 May, Abubakar criticized the incumbent All Progressives Congress. ‘It has become fashionable for the APC-led government to blame the opposition and external factors for Nigeria’s economic woes. The evidence, however, is overwhelming that the country’s under-performance is largely attributable to leadership failures in the management of the state. The APC-led government lacks the critical competencies to initiate and implement innovative solutions to our problems and deliver on their mandate with the desired impact,’ Abubakar said. Abubakar also promised to ‘foster a united, secure and prosperous Nigeria in which all citizens can live a happy, healthy and productive life.’ 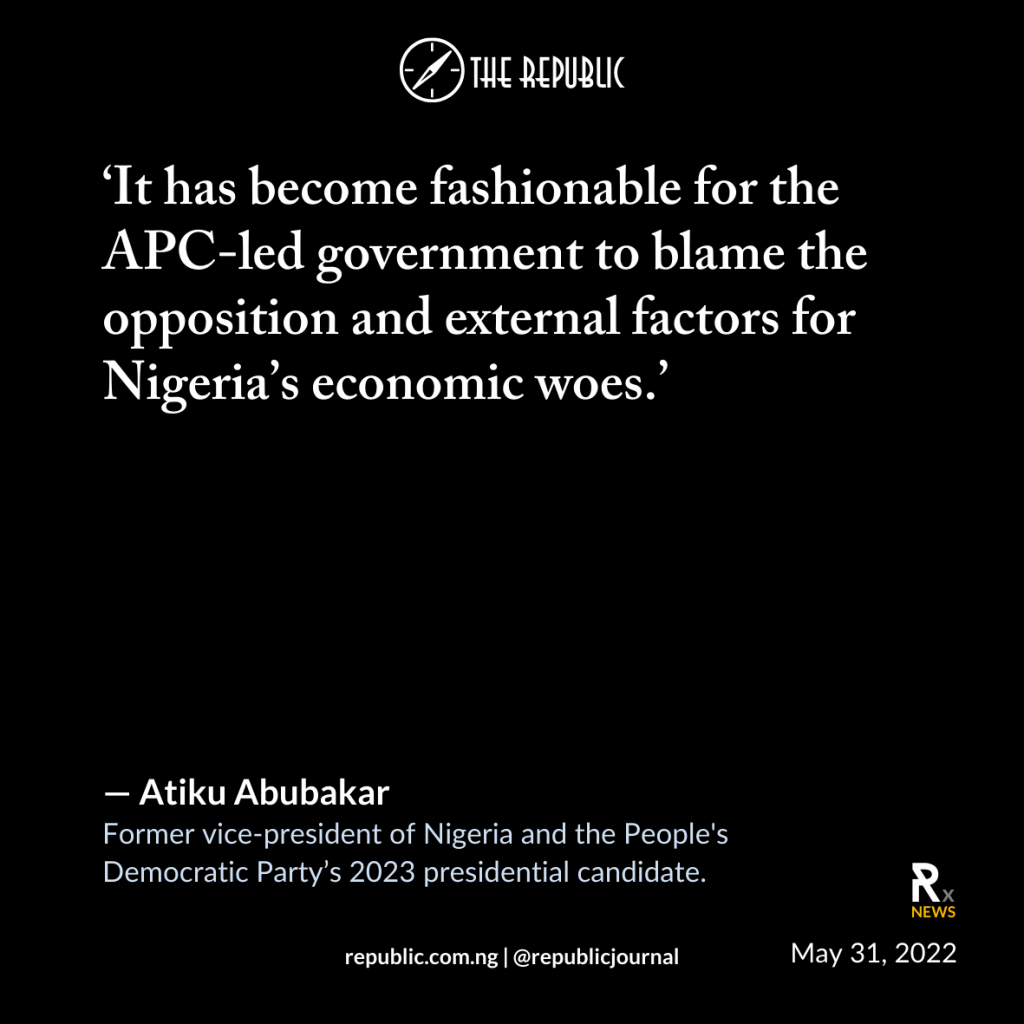 Abubakar’s presidential policy is summarized into a five-point development agenda which seeks to: restore Nigeria’s unity through equity, social justice, and cooperation; establish a strong and effective government that guarantees the safety and security of life and property; build a strong, resilient, and prosperous economy that creates jobs and lifts people out of poverty; promote a true federal system which will provide a strong federal government to guarantee national unity while allowing the federating units to set their own priorities; and spearhead education reform so it is driven by innovation, science, and technology.

READ
Who’s Running for Nigeria’s Presidency in 2023?
READ
A Heartbeat or An Election Away
READ
APC Will Charge Presidential Candidates 100 Million To Run for Office