The Dissolution of SARS? 4 Red Flags from the Government's Announcement

Four reasons we’re not convinced by the Nigerian government’s recent dissolution of SARS.

On Sunday, 11 October, amid continued #EndSARS protests, the Nigeria Police Force (NPF) announced on Twitter that the government had disbanded the Special Anti-Robbery Squad (SARS). NPF tweeted the following image, which summarizes the steps the government will be taking as part of the dissolution process.

Four red flags from their announcement.

Additionally, since the banning, protesters have made numerous reports of continued police brutality. 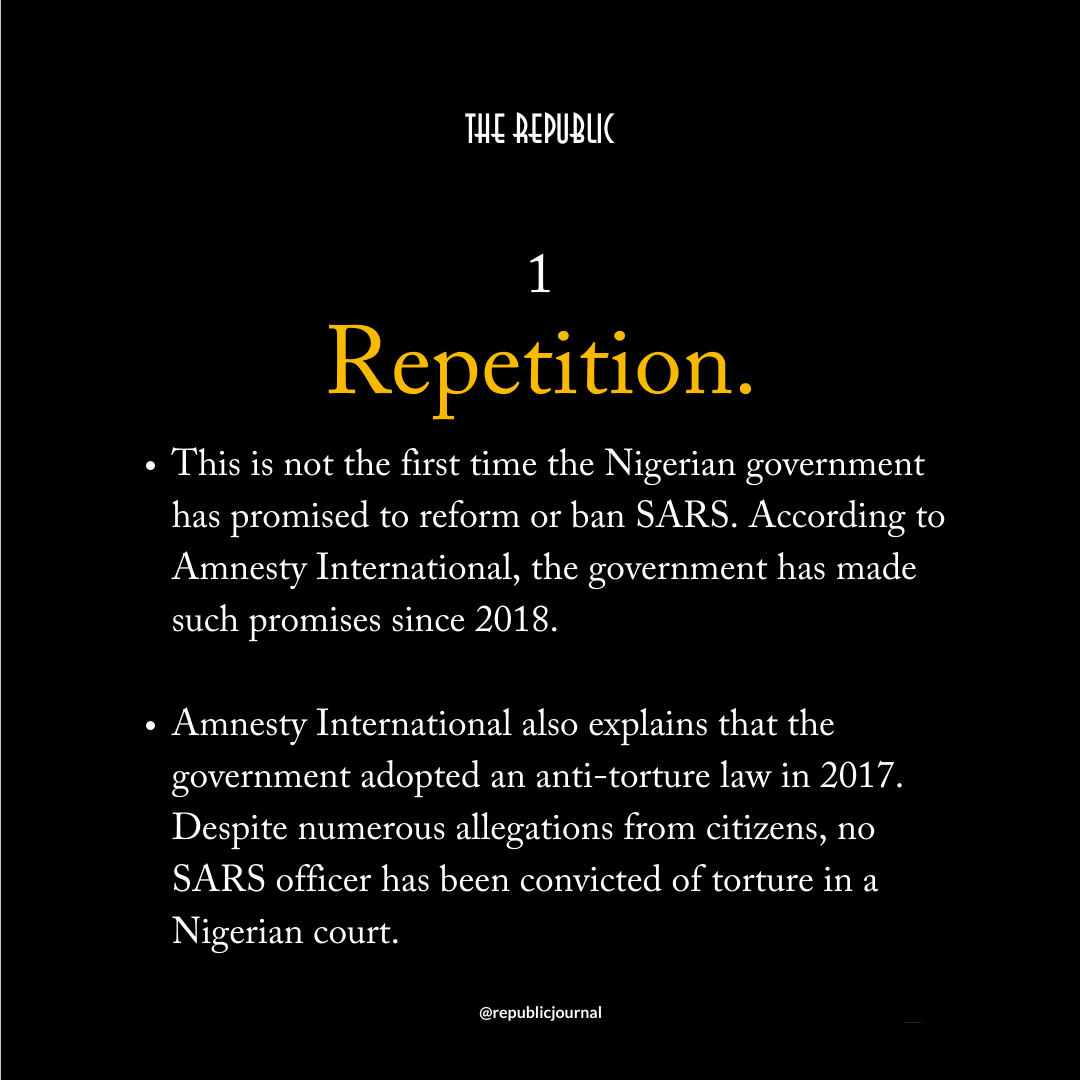 2. No Timelines—Four out of five of the Nigerian government’s proposed steps do not have a specific timeline or date. We don’t know:
⎈ when officers will be redeployed (step 2);
⎈ when the new policing arrangement will be unveiled (step 3);
⎈ when the Citizens and Strategic Stakeholders Forum will be launched (step 4); and most importantly
⎈ when unlawful officers will be investigated (step 5).

3. No Priorities— The Nigerian government’s proposed steps do not expressly state priorities and are open to interpretation (this shows a lack of genuine intention or purposefulness). 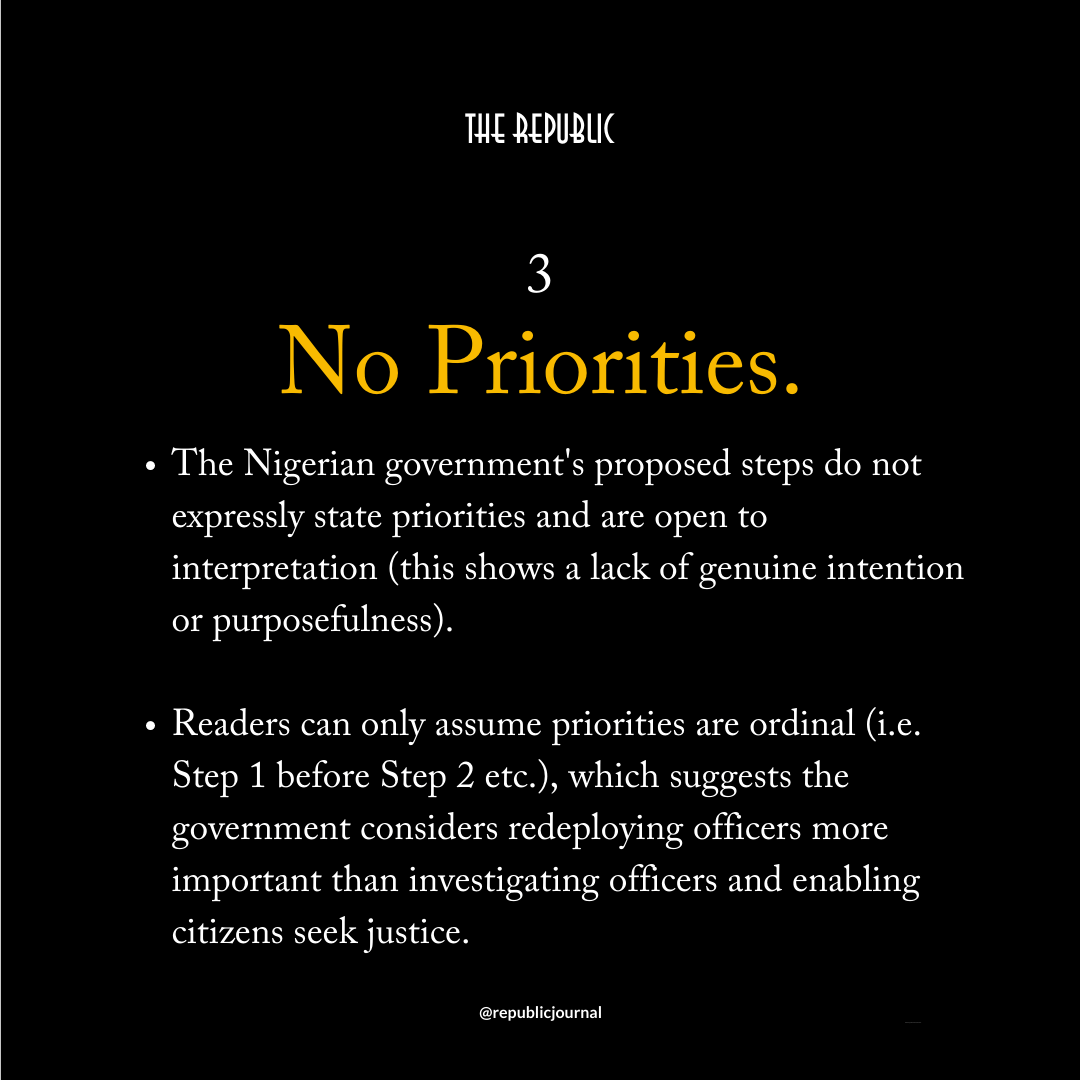 4. Too Easy—The road to justice is long. #EndSARS is only the first step in what must lead to deeper and wider reform of policing and governing institutions in Nigeria. Contrary to what the government’s plans suggest, there is no easy way out.

A lasting solution must prioritize justice and detail clear steps for acknowledging wrongdoing, holding officers accountable and repairing the lack of trust between citizens and the police⎈ 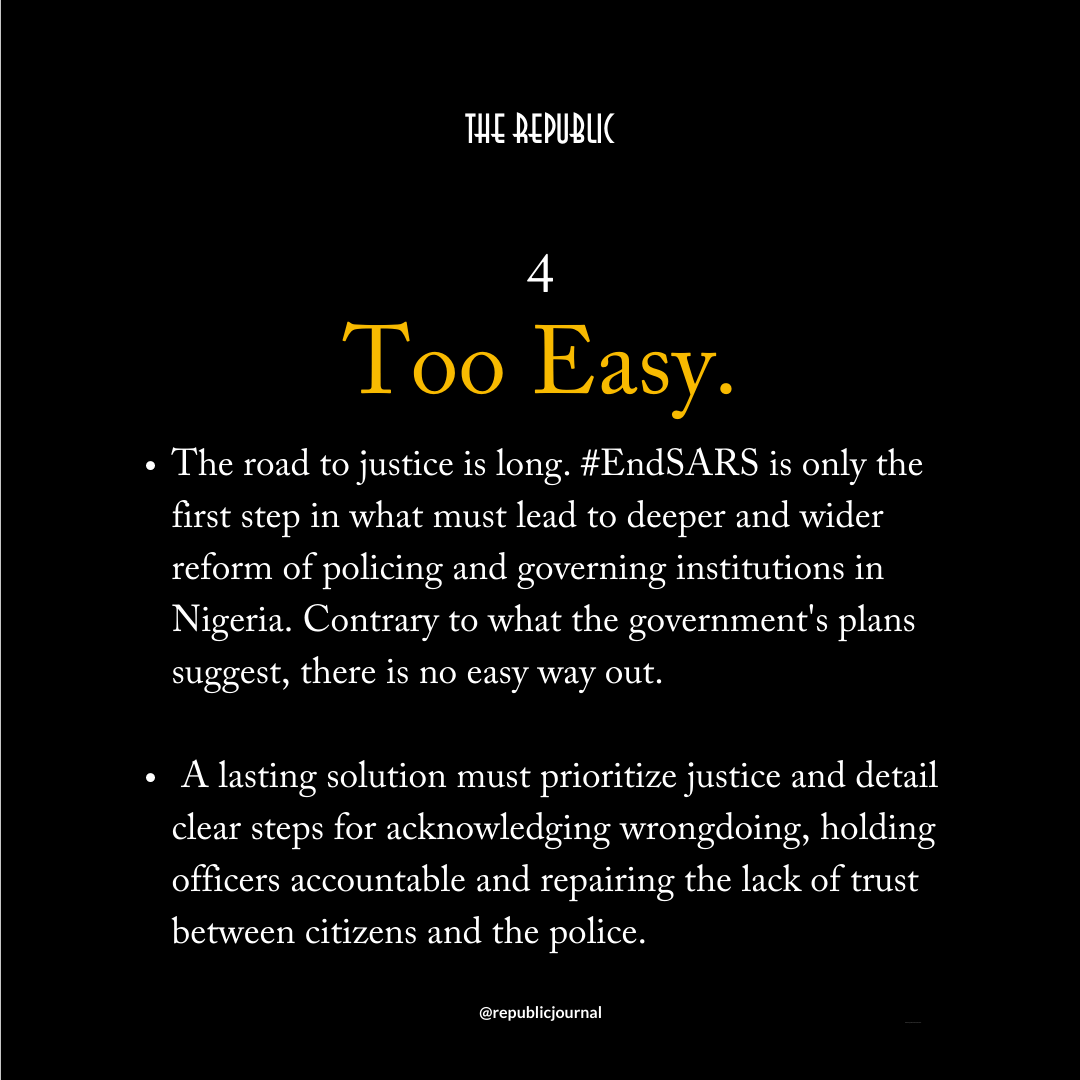